Does Your Own Hunger Affect Lead Quality? 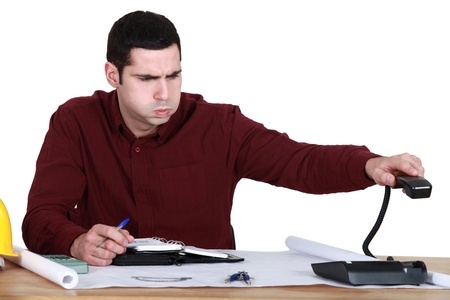 5 years ago in this very month, I funded 29 MCA deals for a total purchased amount of $608,000. 23 of those deals were renewals. It wasn’t my best month and it was also a different era. They were all split-processing accounts, not ACH. New deals could take six weeks to set up depending on the payment hardware. There was also no such thing as stacking then. The deals I was funding were from a good mix of warm leads, usually people who had filled out a form for financing somewhere online.

I didn’t always get warm leads. When I first started in sales in 2008, every rep got three or four actual leads a day. These were the golden geese, the Glengarry leads. The challenge was that they were sold to at least five ISOs at once so it was a race to get the merchant on the phone and establish a rapport with them first.

Caller number five was usually dead in the water. The least likable or least experienced of the remaining four would be cut by the merchant right away. That brought it down to 2 or 3 that the prospect would at least entertain.

None of these merchants had actually applied for a cash advance, but rather they had expressed an interest in business financing on a generic website and claimed that they accepted more than $5,000 in merchant account sales a month. Yet competing against four other companies to offer an expensive solution the merchant had never heard of was as good as the leads could possibly get. And if I started the day at 9 AM, then odds were I’d have made all 3 calls by 9:30.

I didn’t get paid a base salary so I couldn’t fake my way through the rest of the day. The remaining 9 hours were UCC lists and follow up calls with leads from previous days. I can’t imagine calling a UCC now in the age where stacking exists. The only option back then was to satisfy their outstanding advance in full with the proceeds of the new one.

Hi, my name is Sean Murray with ____________ and I’m calling about the advance you have with _____________. I know that company’s products can be awfully expensive and I was wondering if you were open to the opportunity of a lower holdback percentage, lower dollar for dollar cost of capital, and some additional money in your pocket.

I was notorious for cutting points off my upfront commission to get deals done. Sometimes I’d make nothing on the upfront commission but at least I’d get a new merchant account out of it and a backend cash residual. My residuals grew really fast.

Fast forward to 2011, I didn’t want to call UCCs anymore. I wanted the warmest leads possible. I was losing my edge on how to even approach UCCs because I had become so adjusted to higher quality material. I felt I had earned my way past them or that UCCs no longer offered the same value they once did.

So it was enlightening when I watched a junior account rep fresh out of college bring in more than 20 applications in his first week just from UCCs. Few funded, but I was impressed by his ability to engage prospects and bring in paperwork on leads I considered to now be crap.

He was hungry. He was new. He also realized that if he couldn’t bring in applications, that he’d be fired pretty quickly. He didn’t have the luxury of telling management that the leads sucked and to give him something else. This was all he would be given.

Watching him brought me back to my first few months as an underwriter in 2006 when there were very few MCA ISOs in existence. One day when deal flow was very slow, I was given a binder full of names and phone numbers of business owners who had applied for a mortgage in the past few years. The boss told me to “underwrite these files.” I learned immediately that all I was doing was cold calling random businesses. As a brand new hire, I was scared that if I didn’t “underwrite” them that I would be fired. So I started calling them with an offer to buy their future credit card receivables (the Merchant Cash Advance term was not widely adopted yet).

I got in applications and statements, I underwrote them, and then if approved, converted their merchant processing accounts and funded them. I didn’t get a commission because I was a salaried underwriter. All I hoped was that enough would fund (and not default) that I would be able to keep my job.

Eventually I was on a team where it was the responsibility of the underwriters to pitch the merchant on the product, gather the docs, close them on terms, underwrite the file, and fund it. The ISOs would just send us a lead and make 8-10 points if we somehow turned it into a funded deal. A few ISOs were sending us pure garbage, random names and phone numbers (literally a first name with no last name and a phone # of a non-lead) and passing them off as leads to see if our underwriting team could turn them into deals that they’d get paid on. Some were shocked when they heard we funded them. Others were mad that we weren’t funding enough.

As the company grew and the industry expanded, It eventually became normal to receive an application, 4 months merchant statements, 4 months bank statements, lease, voided check and a driver’s license and communicate with an ISO who did almost all of the legwork. All I had to do was underwrite the deal. When someone would submit much less, I got frustrated that I even had to look at it. My job was to underwrite files, not make half promises to ISOs based off of very little information. With so many completed files being submitted every day, I began to look at incomplete files differently. The fear that I would lose my job wasn’t there because I was already approving millions per month.

Fear was a huge motivator for me, especially in sales where I had no base pay. You either turned shit into gold or you lost.

It’s amusing to see how opinions vary today around the industry. Some ISOs still swear by UCCs, some stopped bothering with them years ago. Some say mailers are great. Others say they have tried them and they were terrible. Press 1s are the worst or Press 1s get deals funded. Web leads bring in too many annoying startups or web leads are the only type of leads that work.

What sucks and what doesn’t is undoubtedly affected by your attitude. If you’re used to the Glengarrys, then how patient will you be for what veterans consider to be junk?

In the upcoming March/April magazine issue that will be mailed out at the end of this month, I interviewed a 25-year old sales rep who had much more on the line than the fear of just losing his job. He became very successful after just a few years of cold calling.

For anyone out there who has bought leads only to bash them afterwards, was it really because they were bad? Or was it because you weren’t hungry enough?

It makes all the difference.