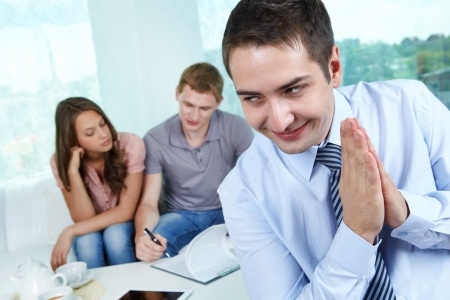 A day after I delved into the fate of the industry’s bad paper, Fundera’s Brayden McCarthy discussed a paper of his own on Forbes, a Small Business Borrowers’ Bill of Rights. While our articles were quite different in substance, we both shared our beliefs on why the cost of commercial financing remains high.

McCarthy wrote that achieving a transformation, “will depend in part on facilitating greater transparency, accountability, and fairness across our sector, and reining in predatory actors.” He cuts right to the chase by attacking lenders all while ignoring the reality that businesses are regularly preying on financial companies too, especially in the technology age.

It’s an epidemic. There is actually an entire industry association that is dedicated to preventing repeat merchant fraud. Respecting that small business is the backbone of this country though, it probably wouldn’t be appropriate to draft a Lenders’ Bill of Rights, whereby merchants promise not to deceive, lie, or commit fraud against them. Instead the industry deals with it quietly, investing in new risk infrastructure and ultimately passing the costs on to the good borrowers.

Merchants aren’t inherently bad, but neither are the companies that provide them with financial services. Let’s agree that the world is good but that bad actors exist.

McCarthy’s argument for a Small Business Borrowers’ Bill of Rights is premised on the assumption that in every commercial financing transaction, one side is painfully unaware and uneducated about what’s going on around them despite being an owner, president, or CEO of a company.

I think a dose of self-deprecating reflection is healthy and 2014 definitely brought out many discussions about how to increase transparency and better serve small business. But there’s a line between self-improvement and self-loathing that nobody should lose sight of. 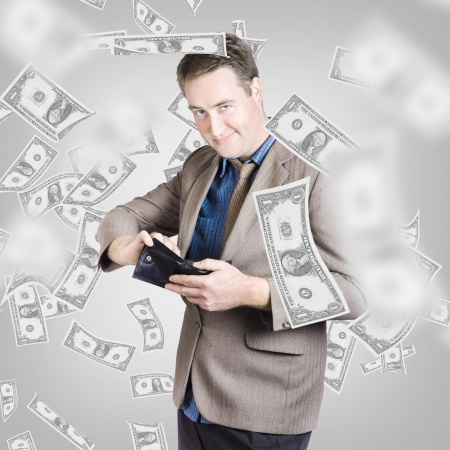 It’s okay to make a profit

Imagine that the CEO of a widget retailer grossing $2 million a year is looking for a new widget wholesaler to buy product from. The CEO sits down with a prospective wholesaler and asks for a quote. The wholesaler says they have deals with domestic widget manufacturers and Chinese exporters and based upon these relationships and the circumstances they can sell them in bulk at a price of $2 per widget. Unbeknownst to the retailer, the wholesaler quoted a competing retailer a price of only $1.80 per widget earlier that day. But this is business and if the wholesaler can charge more to this company, he will.

Unsure if he should accept the terms, the retailer pulls out a Widget Retailers’ Bill of Rights and demands the wholesaler charge not a penny more than what would adequately compensate the wholesaler for his work in the name of fairness. He also demands to be presented with unbiased facts on costs, benefits, and risks of every widget manufacturer, so that they can compare products on an apples-to-apples basis without pressure. And if they don’t do this, they will get Washington involved.

If you think this is supposed to be silly, it’s not. It’s McCarthy’s worldview applied. What’s missing from this scenario is that the wholesaler has a widget cost basis of about $1 and is selling them for $1.80 to $2.00, a nice margin. The retailer will sell these widgets for $10 a piece in their stores for an even better margin.

Maybe it’s the consumer that ends up getting screwed on price but even that seems unlikely since widgets are selling off the shelves at lightning speed. So what would be fair and adequate compensation for every party involved? What if the manufacturers are producing widgets for 7 cents each? Is there another layer of possible unfairness here?

Everybody has some kind of incentive and that’s how a marketplace works. If the price is too high, customers won’t buy, they’ll negotiate the price down or they’ll shop elsewhere.

In McCarthy’s Bill of Rights, he rejects the very notion of self-interest. “Some lenders charge higher interest rates just because they can,” he writes. This is how capitalism works. Find your customers price point and sell for a profit. Don’t forget we’re talking about commercial transactions only here!

You ever wonder why they’re called deals?

I’m reminded of someone from the peer-to-peer lending world that once asked me why folks refer to merchant cash advances as deals. They’re not loans, they’re not units, they’re deals!

And true to their deal making roots, terms on them are almost always negotiable. Two companies come together to make a deal… get it? Traditional merchant cash advances are also not loans. They’re literally contracts negotiated by businesses to sell future revenues at a discount in return for upfront cash flow. The concept couldn’t be any more commercial.

And over on the lending side, McCarthy might have you believe that the average small business CEO is unsophisticated shark bait in this unfair world so I pulled up the stats on the industry’s most famous small business lender. According to the S-1 filing, 90% of OnDeck Capital’s borrowers gross between $150,000 and $3.2 million a year in revenue and have been in business for an average of 7.5 years. These are bright companies.

Curiously there’s a group of financiers that are unabashedly capitalist. They will charge whatever they can get away with, take half a business if they want and even call their customers shark bait to their faces. Hopefully they clean up their act before Washington steps in! Thankfully the regulators have not yet put an end to ABC’s Shark Tank though I’m sure McCarthy will propose they do so.

That means you too Marcus Lemonis… Rumor has it you do things to make money all while applying high pressure sales tactics on TV to get people to agree and without telling the business owners the unbiased facts about every other financing option in the entire marketplace.

If it’s okay on TV, it has to be okay in real life. 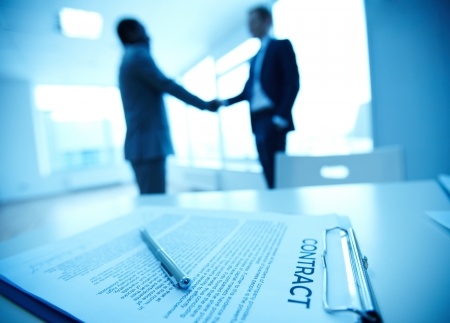 Business on a deeper level

I didn’t mean to take a stab at Brayden McCarthy personally but his message reflected a culmination of emotions that some people feel in this industry when they’re struggling to keep up. They can’t believe that a client would take something more expensive when they had an offer for something less expensive. Almost 7 years ago I competed against another salesman for a client to whom we both made almost the exact same offer; Same advance amount, same holdback %, same closing fees, but a different receivable purchase amount. The ONLY difference was that the other guy’s price was $2,000 more expensive. Everything else was the exact same and he knew it. And you know what happened? He went with the more expensive offer…

I remember confronting that salesman about it a few days later after I had let my anger cool down. A lot of thoughts had gone through my mind, that perhaps the other guy had lied, coerced him, or conducted some kind of shady trick. Why else could this have happened?! It seemed completely illogical. Of course it was none of those things. The other salesman developed a strong rapport with the customer and they spent most of their time talking about football on the phone.

“He freaking loved me,” the salesman said.

“That can’t be it,” I thought. Still hurt and determined to get the truth, I sent the lost prospect a very long email complete with mathematical formulas (I even used exponents, square roots, and fancy squigglies for good measure) to show how much he would’ve been better off with my offer. He responded almost immediately. “You see, this is exactly why I didn’t go with you,” he wrote.

While I was busy trying to open the customer’s eyes to the magic of the Black-Scholes model, the other salesman was talking to him about whether or not Eli Manning was really franchise quarterback material.

Still a very inexperienced salesman at the time, I had learned a new truth. Business went deeper than just prices, market efficiencies, and a desire to make money, it was also about relationships. Treating one side like an uneducated idiot has become a cornerstone of regulations to protect consumers, and perhaps even rightfully so but imagine the widget retailer grossing $2 million a year walks into a business negotiation and is immediately told that he is too dumb and too unaware to not only understand how to assess a deal but to foresee the consequences of his own decisions if he makes a deal.

Transparency is good, relationships are greater. There’s no need to codify sour emotions into an awkward Bill of Rights. Let two businesses make a deal. It doesn’t have to be the smartest, the fairest, or the best, just something both ultimately agree to. I can’t imagine it any other way.