Despite FinTech Disruptions, Many Thing Stay The Same 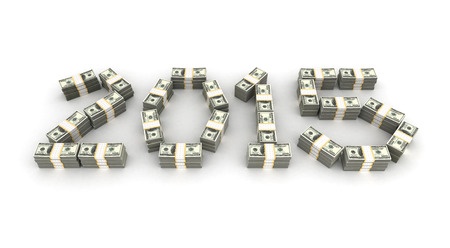 2014 was an unbelievable year!

I kicked off last year by opening an account with Lending Club so that I could understand their product. Today I have tens of thousands of dollars invested on their platform and picking up new loans has become part of my daily routine. You could say I’m not surprised they went public a few weeks ago.

I also launched the industry’s first trade publication and ran it as both publisher and chief editor. We produced 6 issues and distributed more than 20,000 print copies combined. Unfortunately the publication will not be continuing further. It is wild to think that it both started and concluded in 2014 as the magazine had a cult-like following.

7 conferences in 4 cities. Las Vegas (twice), San Francisco, New Orleans, and here in New York. I spoke at two of them. Hoping for at least 1 Miami conference this year. Please??? It’s so cold here right now.

OnDeck Capital took a lot of flak in 2014 from both industry insiders and the media. They shrugged it all off and went public on December 17th. Considering they’ve operated on the fringe of the merchant cash advance industry for so long, it was one of those things you had to see to believe. I didn’t get inside the building but I saw the IPO was real from the outside. 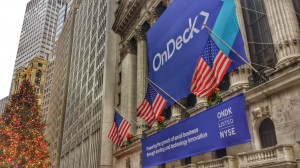 I started off 2014 not knowing what a Bitcoin was. Now I have a copy of the entire blockchain, operate a full node (don’t worry I have port 8333 open), have 10 dedicated mining devices running 24/7, have made purchases with bitcoin, conducted countless transfers, and just finished coding a working prototype application using Coinbase’s API. And when I realized that bitcointalk.org and my cryptography books weren’t enough to satisfy my appetite, I found myself talking about bitcoin on IRC; #bitcoin and #bitcoin-pricetalk on irc.freenode.net. I also know who Satoshi Nakamoto really is now too but he made me promise not to tell anyone.

I interviewed former Congressman Barney Frank, one of the two architects of the Dodd-Frank Wall Street Reform and Consumer Protection Act (it was only a few questions).

I got asked by a credible movie producer if I would help him on a storyline for a script about Wall Street and the alternative business lending industry. Don’t worry I turned it down!

I jumped on the payment disruption bandwagon and used Square to process credit card transactions all year. You should know that I previously did merchant account sales. I could’ve boarded my own account and set my own fees but I went with Square anyway.

I finally got set up to syndicate on merchant cash advances.

I ran my first 5k in Central Park.

I moved to a different part of Manhattan.

Of course a whole lot more happened. It was a roller coaster year which leads me to believe that 2015 will be impossible to predict. There’s a lot more room to grow in FinTech but it might be time for fresh ideas. Everyone and their mom built an online lending marketplace platform in 2014.

Similarly, it’s also a tough time to become a loan broker or MCA ISO especially if you’re undercapitalized. The easy profit ship has sailed. Press 1s and UCCs aren’t winning business models, at least not ones that will invite outside capital or ensure survival long term.

2014 changed finance but in many ways it stayed the same.

It still takes 2-4 days to confirm an ACH didn’t reject! This is annoying all around. If I add funds to Lending Club on a Monday, it’s not accessible until Friday evening. If you debit a merchant on Monday, you won’t really know if you have it until a few days later. Believe it or not I actually mailed out more checks in 2014 than in any other year of my life. The ACH system appears to be fine until you use something that is far more advanced, something I will probably write about over the next month. Instantaneous payments, low transaction fees, no bank involvement. Yeah, it’s time for ACH to go away…

And with banks, well… I have opened business bank accounts over the last few years with 3 different banks. The one I opened in 2014 required a two hour in-person interview, a process that involved filling out forms by hand and being threatened that the government would shut everything down in a heartbeat if they found out that I so much as breathed wrong on an ATM. It was a repeat of prior account opening experiences. Although I’ve never had an account closed for doing anything wrong (because I’m not actually doing anything wrong), it is easy to see how much regulatory pressure banks are under. Swiping your debit card upside down could cause the entire bank to get an Operation Choke Point subpoena. They want your business but they’re scared to death of anything you might do with a bank account.

All the major peer-to-peer platforms of 2014 became centralized. Lending Club and Prosper don’t even fall in the p2p category anymore. The market trend has been to create a platform designed for the little guys and then hand it over to a bank or institutional money to do all the funding. In some ways it’s easier to deal with a handful of big players instead of thousands or millions of retail investors. But with the regulatory environment uncertain on so many new investment products, it’s probably also safer to deal with institutional investors, lest the regulators claim they violated a consumer protection law they thought up this morning.

Banks continue to be the biggest obstacle to innovation because at the end of the day, all payments flow through them. How can one deBank and truly disrupt?