Betting on the Future With Merchant Cash Advance 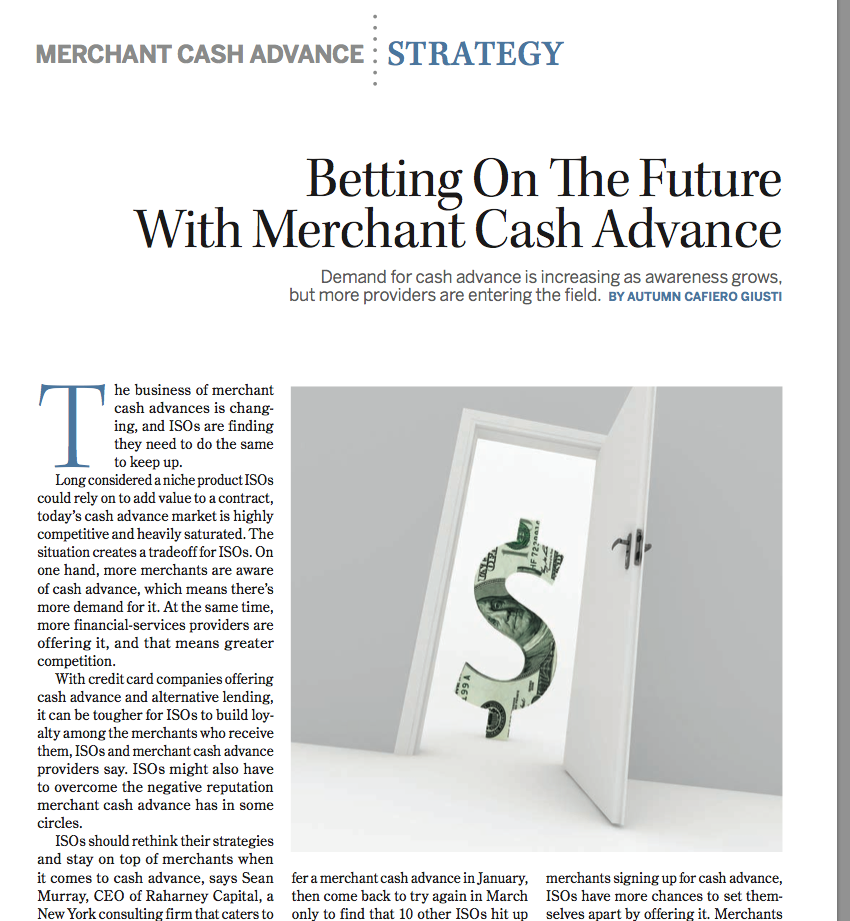 An excerpt of the article in ISO&Agent’s November/December 2012 Issue:

“The business of merchant cash advances is changing, and ISOs are finding they need to do the same to keep up.

Long considered a niche product ISOs could rely on to add value to a contract, today’s cash advance market is highly competitive and heavily saturated. The situation creates a tradeoff for ISOs. On one hand, more merchants are aware of cash advance, which means there’s more demand for it. At the same time, more financial services providers are offering it, and that means greater competition.

It’s not uncommon for an agent to offer a merchant cash advance in January, then come back to try again in March only to find that 10 other ISOs hit up the merchant in February, Murray says. “You can’t just throw it in there casually every few months. Everyone is marketing cash advance,” he says.

Read the full article in the November/December magazine available on the site.

It requires you sign up for a FREE subscription