To Fund or Not to Fund in Hawaii 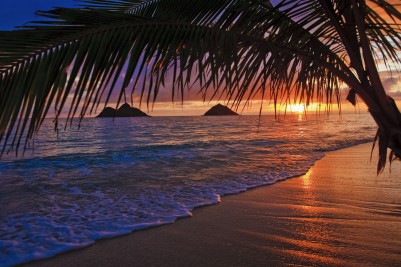 Aloha! The Resource’s main operator is “busy” vacationing in Hawaii, hence the long gap in site news. But since we’ve got Hawaii on the brain, we figured now is a good time to discuss Merchant Cash Advance (MCA) financing in a state that practically exists in its own universe.

Ask underwriters from different firms about how they approach applications from Hawaii and you’ll get some opposing views. Some will argue that the distance is too vast to risk their capital. A business tucked away in the middle of a remote Pacific island may feel less bound by their contractual terms since there is a very small likelihood that a funder will fly thousands of miles to enforce it. “What consequences am I really facing from a company light years away in New York City?,” a Hawaiian merchant might ask themselves. This is a negative Hobbesian view that promotes the idea that merchants are inherently corrupt and that they need a fear of recourse to honor their contracts. There’s a reason that the MCA industry feels particularly vulnerable.

The nature of the transaction provides funders with barely any recourse, giving credit to the psychology that being worlds apart is more than just a paranoid insecurity. When MCAs are structured as a sale, it is not possible to report a delinquency to the credit bureaus since no credit has been extended. Lawyers will argue that MCA funders are protected by their iron-clad contracts which grant numerous advantages to the funders in the event a merchant breaches their contract. However, if a funder files a lawsuit in Brooklyn, NY, how likely is it that a merchant in Hawaii will fly there to respond to it?

Merchant Cash and Capital may have had reason to hate the state back in 2007, when they got burned by Hawaii Travel Network, a Hawaii-based travel agency for an amount close to $1 Million. However, they have continued to fund businesses there without prejudice.

At the end of the day, underwriters must leave their fears at home and rely on data analysis to make decisions. When the financial crisis hit, there was plenty of real data to support why funding in California, Nevada, and Florida was a bad idea. Many local economies got beat up really bad. It’s no wonder that when people started losing their homes to foreclosure, they began to forgo all of their financial obligations in order to get by. It was then that Hobbes’ theory of humanity was more appropriately applied, as merchants reverted to a state of nature and put self-preservation above all else. “If the recourse for defaulting on an MCA is just a lawsuit then so be it,” said a hypothetical business owner who had just lost 60% of his 401k and was hiding out from the Repo Man.

While Hawaii wasn’t exactly made a poster child for economic devastation, it was hit pretty hard by the loss of Americans’ disposable income. 80% of Maui’s economy is related to tourism. That means they are inevitably affected by problems on the mainland. However, one factor that makes Hawaii all the more resilient, is its location. In April 2012, the number of Canadian and Japanese tourists combined outnumbered visitors arriving from the eastern half of the United States. So in hard times, Hawaii may go down, but it will not go out!

Besides, while many mainland states are now coming to terms that the economy is still stagnating, Hawaii earned more income from tourists this past April than in any other April in history. Sure, there are problems, political qualms, and flaws in the state’s infrastructure, but it is really not that much unlike the rest of the country (except for the fact that it is way cooler 😛 ). Many of the vacation destinations feel more like America than some parts of mainland America. 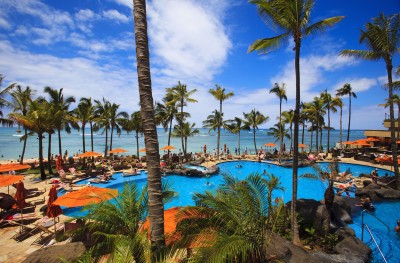 So does the MCA industry really have anything to fear in Hawaii? It depends on the risk tolerance. Travel agencies and tour companies have historically been shunned by funders, although that’s changed a lot in the last six months. Even established tour companies can disappear overnight. Tour companies in exotic locations walk a thin line every second of operation. They face constant injury liability, state and local law restrictions, and pressure from the property owners on which the tours explore to meet a certain standard of care. It can’t be omitted that a few bad online reviews can cause all their potential customers to book with their competitors instead. The Internet is the public’s best resource for researching vacation activities. No one wants to book a tour that has poor feedback.

Major resorts and hotels are the lifeblood of local economies there. If a big hotel fails, all the small businesses in the near vicinity will go right down with it. Some of the best restaurants in the state are on the grounds of a major resort, highlighting that nearly everything is tied to tourism. The weather too can be fickle.

If a funder can tolerate those risks, and they’re not unlike many of the other vacation destinations in the country, than we say, go for it! But when a Hawaiian MCA deal goes bad and the business phone number is disconnected, go ahead and file your lawsuit in Brooklyn and see how much good it does. You might end up imagining that the merchant has shrugged off your contract to spend their afternoons surfing instead. You’ll kick yourself for doing a deal in such a faraway land.

After being in Hawaii for just a week, I received a phone call from a friend to update me on MCA industry events. Truth is, I didn’t care what he had to say. It’s way too nice here to care about what’s going on elsewhere. If our website goes down next week, you may start to imagine that we have shrugged off the Resource to spend our afternoons surfing instead.

Don’t laugh, because you would be right. The rules change when you’re thousands of miles from the rest of the world. Mahalo and Aloha! 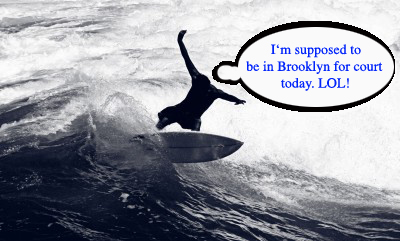 Note: No Hawaiians were injured during the course of this blog post.

Home › merchant cash advance, MPR Authored, Small Business › To Fund or Not to Fund in Hawaii