The Stigma of Merchant Cash Advance?

To quote them:
“Many people do not believe that a merchant cash advance is a legitimate type of financing. This is because many merchant cash advance companies take advantage of naïve clients who are uneducated in the process, take them for a ride, and then focus on the next“sucker.” NOTE: As of 9/13, we noticed that they have updated their article and the above quote no longer appears.

This is a weak argument, especially since it inflames the target market’s concerns. If you market your company by claiming everyone in the industry is a scam artist except yourself, you’re not going to reassure your prospects. But Bankcard Funding is not alone in their assessment so maybe they’re on to something. We’ve heard similar rhetoric in private groups on LinkedIn where seasoned professionals vented their frustrations. Some of the anonymous comments include: 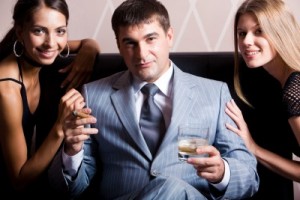 This guy is screwing it up for me!

It seems too many industry professionals are casting the blame on malevolent third parties. If the competition was as evil as you think, then your work should be cut out for you. Business owners are intelligent people. That’s why they’ve managed to successfully work for themselves. If given the choice between a malicious salesman and an honest one or a good deal and a bad deal, they’re inclined to go with the honest guy with the good deal.

The point being… If you feel that you are losing prospects because the competition is muddying up the industry’s reputation, you simply need to sell better. If the few evildoers (and there’s a bunch in every industry) are defining the industry itself, then it’s time to rethink your marketing strategy. The companies with the highest rates and the nonsensical fees shouldn’t be beating you. If anything, they should be making it easier for you to grow.

So the good guys have a marketing problem and it’s about time we addressed that…again. Reread The Colossal Marketing Failure of the Merchant Cash Advance Industry in which we highlight some of the problems in advertising.

If we are to redefine the image of the industry, then the vehicle in which the message is delivered needs to change. Big financial firms like Bank of America have so many businesses applying for loans, that they can barely keep up with the demand. That’s the way it should be for MCA providers, especially given the state of the economy.

The only people claiming there’s a stigma are the ones selling the product. Guess what? That’s not a winning strategy…