When Average Credit is Better Than Excellent Credit: Data Points


Back in the wild days of Merchant Cash Advance(MCA), credit score was not only unimportant to the underwriting process, but irrelevant altogether. Business owners with FICO scores reaching down into the 300’s were obtaining 150% of their monthly average processing volume without question. That era came to an end and with good reason. Defaults and losses soared and some funding providers went under. If ignoring credit had continued, it may have lead to the industry’s demise.

In some respects, MCA providers overcompensated by making credit score the only factor, rather than simply incorporating it into the complete underwriting analysis. “FICO Under 500? Declined”, “Less than 550? No thanks!” “Under 600, Don’t bother”. This became the status quo during the conservative years of MCA. And yet business owners with credit scores as high as 800 were ending up in default. After much head scratching, some underwriters began digging a bit deeper. A healthy community burns out all at once in February, an entire industry underperforms, historical cash flow activity predicts survival rate, multiple partner businesses do better than sole proprietorships… While these were just an example of conclusions that could be reached, they’re all potentially part of an underwriting system, a system built on data points. We found a great example on an old personal blog of Jeff Mitelman, the CEO of Canadian based funding source, Advanceit. To quote Jeff,

Merchant A has a restaurant in PEI, below average credit, a maxed out credit card & has applied for a $25,000 advance in June.

Merchant B has a restaurant in Southern Ontario, excellent credit & has applied for $50,000 in January.

With this information alone, B is clearly the better decision.

Now consider this new insight into the transactional history of accounts with similar characteristics that only a knowledge base can provide Advanceit has funded 50 restaurants in PEI, 47 of which have repaid without issue. The two of the 3 that didn’t repay stopped transacting in January. The historical credit card sales of restaurants in PEI peek in July & hit their lowest point in December.

When evaluating the same two merchants through this lens, A is a no brainer & B is a recipe for disaster.“ 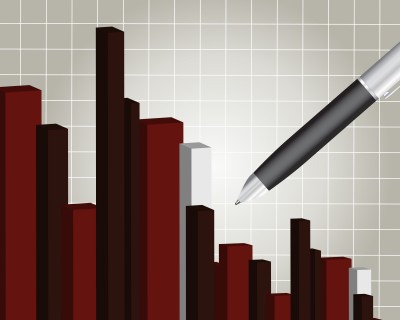 A lot of the veteran MCA providers already implement a type of data points system, whether it be an objective scoring model or something more subjective. With the surge of many small ISOs putting their skin in the game and funding their own accounts, this advice should be not overlooked. Without data points, you’re shooting in the dark. Do not forget that your data points need substance either. If the only account funded in the State of Wyoming defaults, that should not be sufficient to cast off all businesses in Wyoming.

Credit is not the only factor, nor is it a solid predictor of the future. It’s a solitary piece of the Merchant Cash Advance puzzle. Don’t believe us? Take it from Jeff, it’s a game of “Learning by Losing.” Do your best.