If you’re a Merchant Cash Advance (MCA) firm, you probably already know which regions pose a higher risk of default. CNN recently analyzed a report by Dunn and Bradstreet on states with the highest and lowest business failure rates: 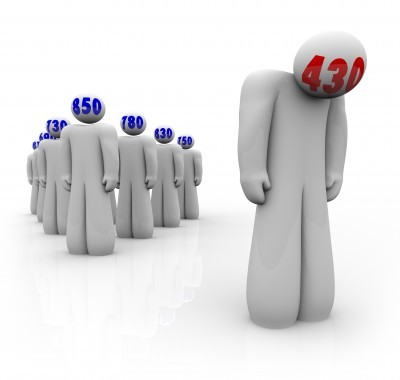 Small business failure rates rose overall by 40% from 2007 to 2010. That’s an incredible increase but not surprising given the time period. So what does the data mean for an industry focused on banking the unbankable businesses?

Personal credit scores have been weighted more heavily in MCA underwriting over the last year or so. Once celebrated as credit-blind financing, most funding providers today have minimum score requirements. This began with arbitrary benchmarks such as 500 or 550 but is now resembling a banker’s analysis. “Your client has a 620 FICO but it’s a weak 620 so we’ll pass” is one such phrase that MCA brokers are just beginning to encounter, leaving them stunned and wondering how this product’s high cost seemingly only targets those with excellent credit. This situation has created A Fork in The Merchant Cash Advance Road.

Small business failure doesn’t happen overnight. It begins with a few missed payments. At that point there is either a recovery or a continuation of falling behind. Low credit scores occur in North Dakota and California but a business in North Dakota with 520 FICO is probably more sustainable than one in California with the same score. Therefore those in the lowest failure states should be extended leniency on credit requirements. Afterall, the goal of the MCA industry is to fund sustainable businesses, not those with the best credit report. The two don’t always go hand in hand.

This outlook isn’t new and would probably serve well in a data points based underwiting system. The CEO of Canadian based AdvanceIt was previously cited on this topic, though his firm futher narrows their data points to the city level. Any data that might impact the outcome deserves to be considered, no matter how broad.

The MCA product is most often a purchase of future sales, which does not require conscious payments on the seller’s (business’s) part. A percentage of sales are recovered automatically so the top priority should be to ensure those sales don’t stop.

If you’re a business owner in Iowa (3rd lowest failure rate) with bad credit, don’t get discouraged. You’re still a viable candidate for a traditional MCA. You just need to find the right firm for you. Ask your sales representative what requirements there are and stay away from those that respond with an arbitrary credit score. The smartest firms use data points and data says you’re not that likely to fail…