Got a Mantle, Bryant, or Mahomes Card? This Company Wants to Fund You 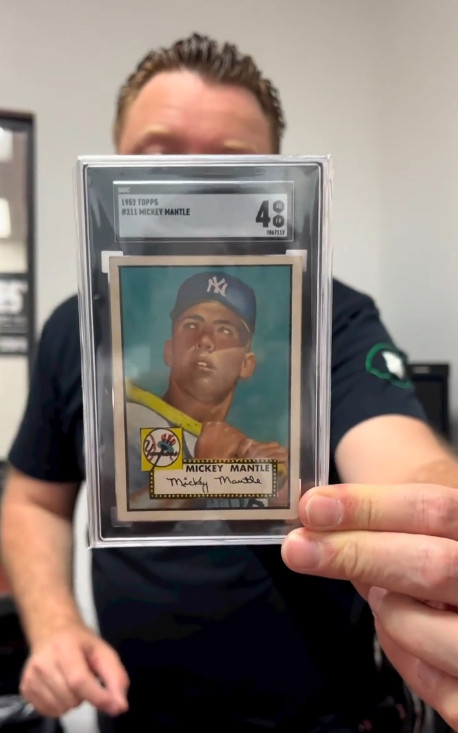 Last month, an anonymous bidder paid $12.6M for a 1952 mint condition Topps Mickey Mantle baseball card, the highest amount ever fetched for a piece of sports memorabilia at an auction. Understandably, the news electrified a fast growing market of collectors, traders, and financiers that predicted the next big asset class wasn’t just going to be real estate or crypto or NFTs, but physical sports trading cards.

The value of the Mantle sale came as no surprise to one budding entrepreneur in South Florida. On Instagram, he’d been talking about Mantle cards for weeks, even going so far as to hold up another ’52 Topps Mantle card to the camera to promote what his company can do, which is provide quick cash advances to owners of valuable sports cards.

The entrepreneur’s name is Edward Siegel, CEO of Card Fi. Siegel’s no stranger to the alternative finance space because he spent about a decade in the MCA industry, most recently as the founder of Bitty Advance, which he sold in 2020. Since then, Siegel returned to his roots and early passion of his youth.

“I had a background in sports cards as a collector, you know as a kid, but then in my early twenties, I was promoting card shows at malls,” Siegel said. “I was heavily into the hobby, setting up the card shows and promoting them and doing player appearances where players come in and do an autograph appearance.”

That was back in the late 80s, early 90s, according to Siegel.

When Covid hit and he exited his most recent company, he noticed a massive resurgence in the sports trading card market. His next business ultimately became Card Fi, a company that will evaluate the market value of a card and make an advance against it. There’s obviously risk involved so they take possession of the card for the duration.

“We have to get a hold of these cards and we’re responsible for them and then we vault them in our in-house bank vault,” Siegel said. The cards are stored in a highly secure climate controlled environment. Card Fi shows the vault off frequently in its Instagram videos.

Such a business requires large amounts of capital so Siegel went searching for investors, a pursuit that led him to a unique place, an Instagram Live pitch competition hosted by famed CEO and reality TV star Marcus Lemonis. Siegel entered himself in as a contestant, knowing full well that the odds of even being chosen to present his business to Lemonis were about a million-to-one.

Somehow, he was called up to pitch.

“So [businesses] went on there during the quarantine and you pitched your business,” Siegel explained. “I went on there and I pitched it […] And he understood it and he thought it made sense.”

The moment eventually led to a deal with Lemonis’ company and Card Fi was on its way. 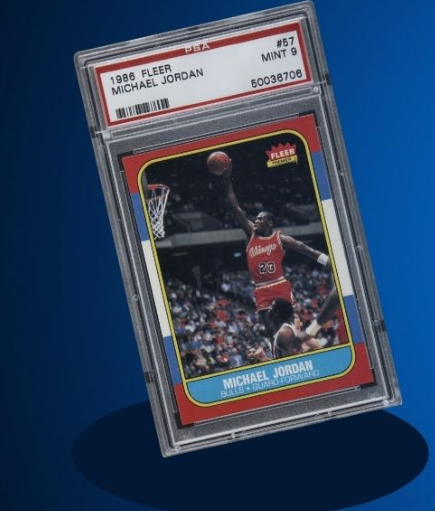 Siegel, meanwhile, dispels the notion that the burgeoning trading card industry or his business hinges upon old vintage cards or that it’s a baseball-card-centric universe.

“If we look at it, there’s two different markets, you have the modern card market [where] I would say it’s basketball [that leads the pack],” he said. “For the vintage card market it’s baseball.”

Football is huge as well, he explained. A Patrick Mahomes rookie card, for example, an NFL Quarterback that’s still currently playing, recently fetched $861,000. There are only one of five like it in the world, the scarcity playing a major role in the value. Meanwhile, a Justin Herbert rookie card, an NFL Quarterback who’s only in his third year was already receiving bids above $1 million at the time this story was being written.

“It really depends on the card itself,” Siegel explained. “Some players might be known for having better careers but then you have cards that have more scarcity to them. Something that’s a one of one or maybe a very low populated card and a graded PSA 10 could very well be worth more than a [Michael] Jordan rookie because it has scarcity in it.”

PSA refers to cards that have been verified as authentic and graded on the condition of the card itself. Ten is the highest level a card can receive. Card Fi will only work with graded cards to avoid any funny business when it comes to advancing funds based upon the value. 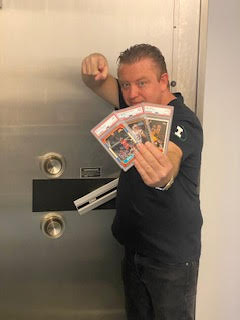 Siegel explained that Card Fi’s average advance is about $40,000 – $50,000. The max right now is $500,000. There’s a big market for this type of funding it turns out because Card Fi’s much larger rival, PWCC, just raised $175 million to make similar offerings to sports card owners.

“This financing benefits the market as loans and cash advances have become an increasingly asked-for offering among trading card collectors,” said Chad Fister, PWCC’s CFO in a story that originally appeared on Sportico. “Enabling our clients to access liquidity through a menu of capital offerings is key as trading cards continue to prove themselves to be a valuable tangible asset class.”

For Card Fi, customers that take an advance can track everything through an online portal, including details about their cards, payments, and balance.

“We want to note that we built a full-service automated underwriting and collection platform to where, whether it’s the customer or the broker, they can log into our system and put the description of the card into the system and it’s going to automatically underwrite it and price it out,” Siegel said.

That description sounded like something straight out of the fintech industry of his past, especially the component about brokers.

“Just like the MCA space, we have a whole partnership side, a broker side, where brokers can refer us customers just as an affiliate where they just send the info over,” Siegel said. Similarly, they can earn a commission if a transaction is completed, he explained.

In this industry, brands like Topps, Upper Deck, and Panini have become the bread and butter for Card Fi. Even though it’s all business for Siegel these days, he couldn’t help but mention a particular card he had a personal attachment to.

“My personal favorite card in my collection is the 1965 Topps Joe Namath rookie card,” Siegel said. “Of course being a die hard New York Jets fan, that has to be my favorite card.”

Home › Loans › Got a Mantle, Bryant, or Mahomes Card? This Company Wants to Fund You