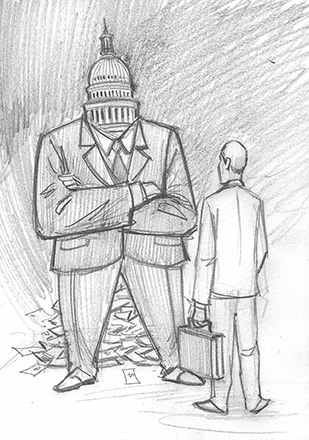 To fight tax evasion, the federal government wants the IRS to track any account in the United States that transacts more than $600 in or out over the course of a year. The tracking will apply to banks and other financial institutions. The feds claim that they will use any found tax dollars to help finance the administration’s new $3.5 trillion spending plan.

Such a move could push a suspicious populace into crypto, where records, however openly recorded on blockchains, could potentially obscure the parties involved.

Banks have fought against the government’s push to share account transactions, as they argue it will be a major invasion of privacy. This will undoubtedly create an entire new workload for them as well, as the banks will have to provide intricate details on most of the accounts on their books — an unprecedented task.

“I don’t believe that much is going to change,” said Yoel Wagschal, a CPA. Wagschal stresses to his clients to always live their life as if the government has access to the information about their spending habits for the sake of their wellbeing.

“The issue at hand is how far this is going to [go], how far the government’s reach will be,” said Wagschal. “When a government body gets power, they don’t give it back. Look at the power wagon they are on.”

As crypto becomes more of an avenue to store and invest money, it may also be a new channel for coin holders to keep their finances shrouded behind additional layers from the federal government.