America’s Football Fans Are About to Meet SoFi 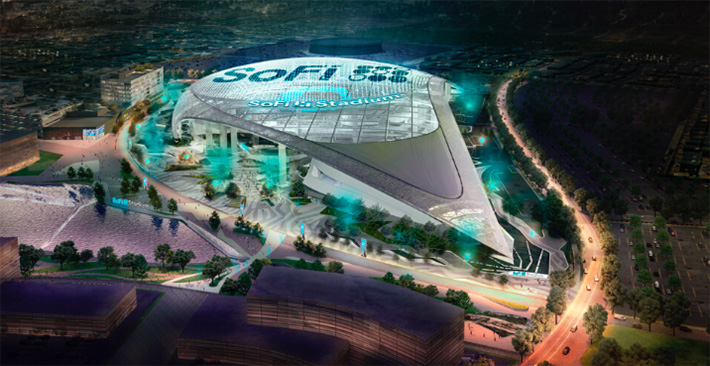 When fans of the Los Angeles Rams return to the team’s new stadium for a Week-1 matchup with the Chicago Bears on Sunday, a large fintech brand will be there to welcome them. SoFi, the non-bank that shunned banks until it became a bank itself, secured the naming rights to the football stadium last season in Inglewood where both the Rams and Los Angeles Chargers play home games. (Covid prevented fans from actually attending in 2020.)

It’s one of the boldest marketing campaigns ever taken on by a fintech player, a $400 million gamble of a deal that attempts to bring the legitimacy of the brand to a new level. Whether SoFi’s ambitions will bring millions of new customers into their fold or if the group has been overcome by vanity will be played out over the course of the 20-year deal between the stadium and SoFi.

A big thank you to @lapublichealth, the medical community and first responders + everyone doing their part.

WE’LL SEE YOU AT @SOFISTADIUM THIS FALL!

Sofi’s logo is not just exclusive to the rafters of the 70,000+ seat stadium. It’s on the tickets, television broadcasts, repeatedly said on radio broadcasts, and will be mentioned on millions of social media posts throughout the upcoming seasons. Superbowl 56 will be played this February at SoFi Stadium, and the venue will be a major contributor to Los Angeles’ hosting of the Summer Olympics in 2028.

The stadium can also reach potential customers outside of the sports world. The Rolling Stones, Kenny Chesney, Motley Crue, and Def Leppard are scheduled to hold concerts at SoFi over the next few years, bringing hundreds of thousands of people to the stadium — all of whom will be exposed to the SoFi brand.

Rams owner Stan Kroenke, who used $5 billion dollars of his own money to build SoFi stadium, resonated with the company’s goals when announcing the stadium’s name last year. “It would be impossible to build a stadium and entertainment district of this magnitude without incredible and innovative partners who share our ambitions for Los Angeles, our fans worldwide and the National Football League” said Kroenke. “Since breaking ground at Hollywood Park, more than 12,000 people have worked side-by-side on this project, and we are proud to now have SoFi join us on this journey”.

Much like big banks that have name recognition, SoFi is just one of many who have their name on a stadium. Chase Field in Arizona, TD Garden in Boston, and Citi Field in New York are some of the costliest stadium naming rights in the industry.

It seems that if you want to be a big bank, having your name on a stadium is a rite of passage.

Home › Fintech › America’s Football Fans Are About to Meet SoFi