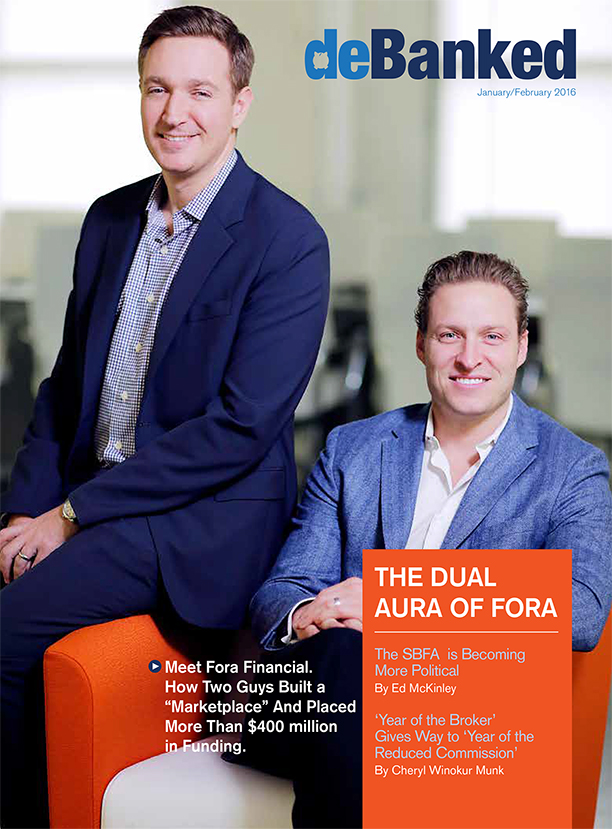 Andrew Gutman spent six years at Fora Financial, the hot non-bank financing company that deBanked profiled in 2016. Gutman worked his way up to CFO before taking over day-to-day operations as president in February 2020. In that role he began working with a team to build an aggressive growth plan for the coming year of 2020. A couple of weeks later, the world shut down.

“Covid was really a kick in the pants,” Gutman said. “How we were doing at the time, our strategic plans were out the door, our growth plan shuttered.”

Flash forward to April 2021, Fora announced a new $100 million credit facility: Not just back on track but finally ready to pursue the plans from a year ago.

“The first months were rough; after the pandemic started, we lost our securitization facility,” Gutman said. “But we kept going, originating aggressively. By around June or July, we started to feel competitive again and rebounded; we started bringing people back– hiring back staff that was furloughed.”

Gutman said the firm was able to change the winds, and by December they were not far off from where they were in 2019. Now set up finally for the aggressive growth plan they had laid out before Covid, Gutman said that though the pandemic threw everything to the wind, Fora still had the capital to back up a good book of business when everything else failed.