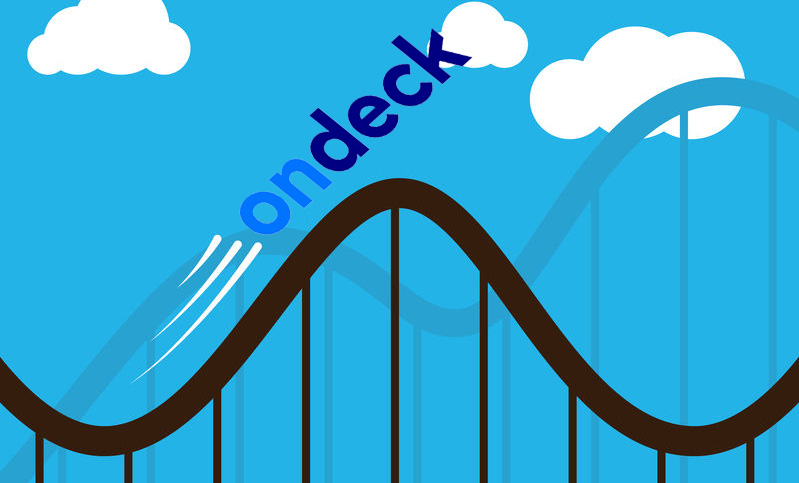 “We’re very pleased so far with the OnDeck acquisition and as we view the economic landscape, we continue to believe that it’s an excellent time to be increasing our focus on SMB lending,” Enova CEO David Fisher said on the company’s Q4 earnings call. Enova originated $120 million in small business loans in December and $95 million in November. The October figure wasn’t specified, but back-of-the-napkin math based on other provided statistics suggests it was about $54 million.

Growing those originations will continue to be their primary agenda as the economy improves, the company said, while the ODX side of the business may be shown the door.

“While ODX has been able to sign some high-profile bank clients, divesting ODX will allow for more efficient use of capital as the business has over 70 employees but less than $10 million in revenue,” Fisher said.

OnDeck Canada and OnDeck Australia may also be on the chopping block.

“The Australian and Canadian businesses are viable businesses in their respective market,” Fisher said, “but are small compared to OnDeck US operations and are unlikely to have a significant impact on Enova’s overall growth. In addition, OnDeck only has partial ownership of those two businesses.”

“The percentage of OnDeck receivables past due 30 days and more declined during the quarter from 23.2% in closing to 15.6% at December 31,” said Enova CFO Steve Cunningham.

On the call, JMP analyst David Scharf asked when OnDeck would return to quarterly origination levels of $550M to $650M as it had been enjoying prior to the pandemic.

“I mean I think there’s just way too much uncertainty to be able to answer that,” Fisher replied. “I mean, does the vaccine work great and the economy opens up soon or is there a new strain of the COVID virus that requires lockdowns during the summer? I mean, there’s no way to know. But I think there’s a couple trends that are super encouraging for us and we saw great sequential growth as we talked about throughout the call.”

Fisher also added that they’ve seen a bunch of competitors go out of business. “We think we have a lot of share in the market that we don’t think has shrunk and so we think we’re really well positioned as this pandemic winds down,” he said.