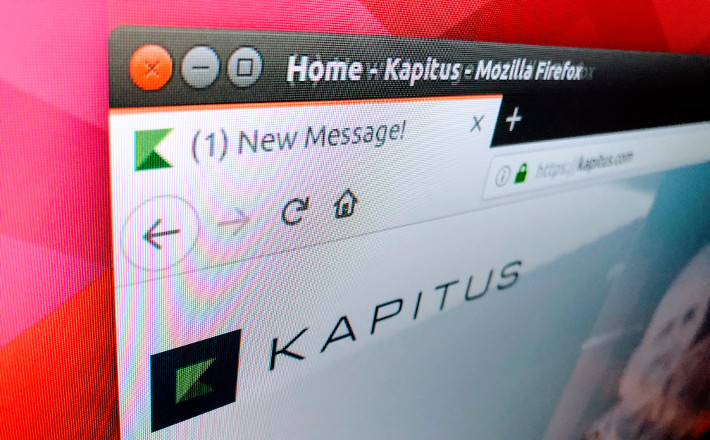 When lending companies faced the tightest squeeze on capital since the great recession, many ran into trouble. Kapitus, having survived 08′, met 20′ with the same discipline that helped them navigate the pandemic.

“Our whole industry was put on a credit watch downgrade, and it’s very exciting that we were upgraded, reaffirmed to the original rating,” Kapitus CEO and founder Andy Reiser said. “Most of the companies, our peers defaulted and went into what’s called rapid amortization and did not make it through to keep their securitization.”

Reiser was happy to report that Kapitus received a rating affirmation from Kroll Bond Rating Agency (KBRA) on Friday. KBRA has removed the Kapitus securities from a Watch Downgrade.

Back in March, the businesses that Kapitus and their competitors funded across the country, faced state mandated shutdowns. Many customers were suddenly unable to make the loan, MCA, or equipment payments that they had been able to make for years.

For lenders that bundled and securitized the loans they made, the value of those loans was called into question.

“WE FOCUSED ON STRONG BUSINESS PRACTICES AND KEEPING THE PORTFOLIO STRONG, AND IT PAID OFF”

On March 30, KBRA placed the ratings of 29 securitizations representing $2.1 billion from 10 SMB lending firms on a “Watch Downgrade” due to the economic downturn.

To overcome the warning, Kapitus reigned in and focused on helping their customers. Reiser cited the addition of Jeff Newman from Citigroup to manage the risk team as an example of how the firm has been focused on funding responsibly for years.

“We focused on strong business practices and keeping the portfolio strong, and it paid off,” Reiser said. “We never stopped, we were not lending at the same velocity that we did pre COVID, but we never had a day that we didn’t fund a new deal.”

Reiser said that during the pandemic’s height, the team took a lot of long nights working on new products. One was a “step renewal” that allowed clients to pay installments and build up to the full payment, to make sure they were not overwhelmed. Kapitus also offered extended periods for their healthcare loans, up to 36 months, Reiser said.

For companies like Kapitus, a questionable rating could lead to a rapid amortization event: a sudden call to liquefy the bonds and give back investor money. For some, an event like this will spell the end: most firms don’t keep hundreds of millions or even billions on hand to give back principals in a moment’s notice.

Reiser said out of the ten securities on credit watch, only one other was reaffirmed, due to a renegotiation of terms that bond investors had to agree on. Kapitus made no negation but was reaffirmed due to the success of their business practice, Reiser said.

The securitization was initially issued for $105 million in June 2018, and expanded to $160 million last December, in three classes with a senior class rating of “A.”

Reiser believes that the pandemic, like the ’08 recessions, will see some consolidation and strong companies prospering in a displaced environment.

“I think COVID will teach a lot of other players that were very aggressive in coming down to this market that it’s not so easy,” Reiser said. “I think some of the banks and the alternative lenders that were more eager to come into this market may not be so aggressive at least for a while.”