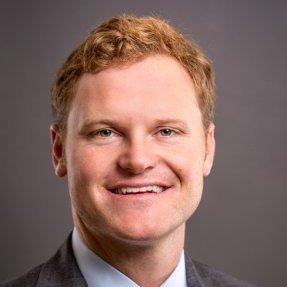 Upstart, an AI lending platform, welcomed longtime industry advocate Nat Hoopes to the team this week, to lead as Head of Government Policy and Regulatory affairs. Hoopes previously served as the Marketplace Lending Association executive director (MLA), where he grew the trade group and advocated on behalf of its members.

“My hope is to bring the energy that I did in growing the organization [MLA] and also just in tackling a lot of different workstreams to Upstart,” Hoopes said. “But also, deepen their ties with the DC policy community.”

Hoopes is excited to join the Upstart team and advocate for the company to state and federal legislators. Hoopes intends to address the development of two main issues as he enters his new office: facilitating better credit reporting with the help of AI, and using better credit to bring financing options to disenfranchised minority communities.

Hoopes said he and Upstart shared a similar motivation: to provide credit to people and improve financial futures, especially to people unfairly blocked from receiving credit.

“I think because of the structural inequality that we have in our society, a lot of minority groups get really left behind and stuck in a low credit score environment,” Hoopes said. “By using more data, and using it in new ways with artificial intelligence we can really level the playing field.”

Hoopes said that he has already seen Federal regulators in the FDIC and the OCC, and the CFPB working on using AI learning in credit underwriting. He said the Fed is planning out how to help banks adopt more of these models to approve more people.

“I think that’s a key initiative,” Hoopes said. “A key area where I’ll be working for Upstart: Engaging with regulators on how to help banks get more comfortable in serving more customers,”

While advocating for banks to use the credit capabilities of partners like Upstart, Hoopes said he would be devoted to ensuring decisions are made with equality and inclusion in mind. Hoopes will stay on as a member of the MLA board, and working in concert with his responsibilities advocating at Upstart.

“At MLA, I helped develop the diversity and inclusion strategies for our part of the fintech industry,” Hoopes said. “I’ll remain active on those issues at Upstart both collectively with other members of the industry as a member of the MLA.”

Hoopes referred to the Diversity and Inclusion strategy released by MLA last month. Board members signed off on the paper, written with the help of the National Urban Leauge. League president and CEO Marc Morial and Representative Gregory Meeks (D-NY) to create a vision of an inclusive fintech industry.

Hoopes addressed what he said was the failure of the American credit scoring system. For instance, according to Upstart’s study in 2019, 80% of Americans have never defaulted, yet only half have a prime credit score. It’s a problem he says disproportionately affects minority borrowers.

Hoopes said Upstart does not collect racial data from applicants but cites a CFPB test that found Upstart’s platform increased access to credit across race and ethnicity by 23-29% while decreasing annual interest rates by 15%-17%.