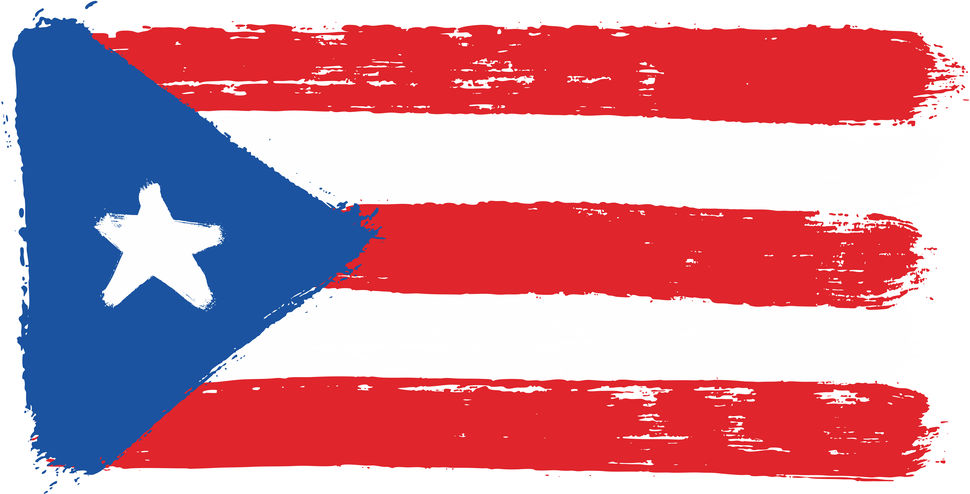 While the US economy slowly opens back up to careful in-person commerce, the territory of Puerto Rico is still facing rising case numbers- So how is business in the “Island of Enchantment?”

“I don’t think there’s anything that will shake the confidence of our small business owners in Puerto Rico,” said Sonia Alvelo, CEO of Latin Financial. “Businesses and the people of Puerto Rico are the most resilient I have ever known: I know that as I am one of them.”

Alvelo, a native to the island, has won awards as a top entrepreneur of the year for her business financing partnerships in the US and Puerto Rico. She said that even as the island faces its hardest challenges, the spirit of entrepreneurship remains unbroken.

Puerto Rico has been hit by irregular misfortune in the past couple of years. Destruction from Hurricane Maria and Irma damaged the 2017 infrastructure of the island immeasurably, and the response of the US government was painfully lacking. Commerce continued with caution, seeming to rebound. Then this year, earthquakes and aftershocks punctuated January and February, foreboding the coming storm.

The pandemic was slow to reach the island; Puerto Rico was the first US state/territory to impose a quarantine, banning business and all travel March 15th. The region is a territory of the United States, so it could not directly enforce control over its borders. Recently, Puerto Rico made the news with an increasing case count.

There’s also been the troublesome search for a new governor. After a mass protest, Governor Ricardo Rosselló stepped down last year. After his successor ‘appointment’ was deemed unconstitutional by the Supreme court of Puerto Rico, Wanda Vazquez, the former Secretary of Justice, took office.

In the August primary, thousands of ballots got stuck in delivery trucks that did not move, never reached polling locations. The candidates are now petitioning for a re-vote and the counting of the votes that were cast. The courts are still deciding, so even the election is facing challenges in Puerto Rico.

Besides that, the tourism industry has been devastated. Though the early shut down saved lives, the island saw an unemployment rate of up to 23% in July alone. That could be a low estimate, considering that half of the Puerto Rican workforce hold a job in the “informal economy.” The New York Times reports that the real unemployment rate in the middle of the summer could have reached close to 40%. 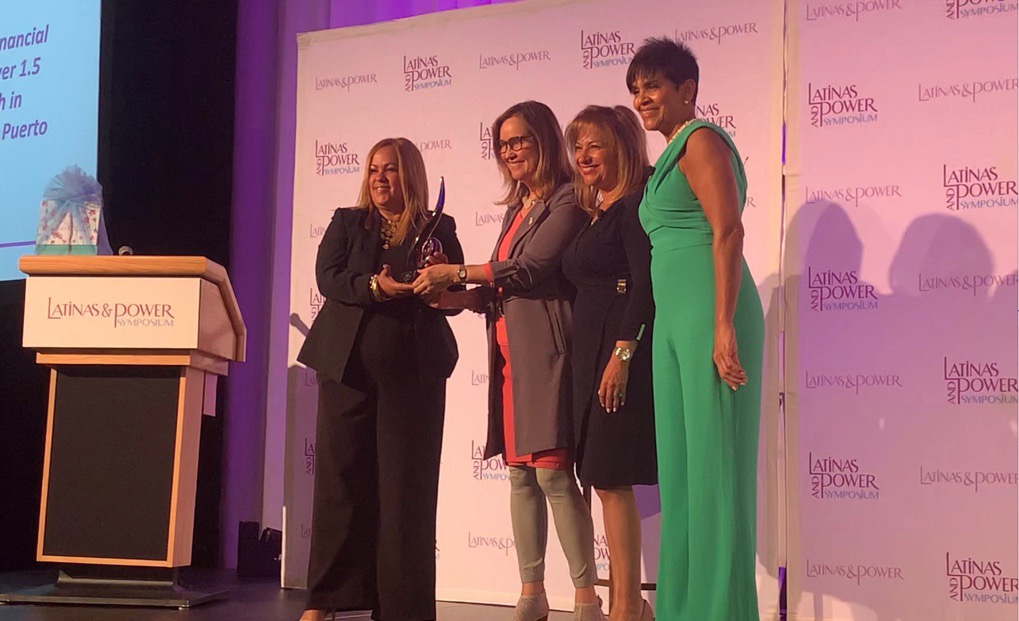 Above: Latin Financial CEO Sonia Alvelo receives the 2019 Entrepreneur of the Year Award from Connecticut Secretary of State Denise Merrill

Even so, Alvelo conveyed the enduring willpower of the Puerto Rican people, that there was still confidence things would turn around.

Alvelo is partnered with more than 97 pharmacies in Puerto Rico as an MCA provider, as well as with gas stations and other small businesses. She said that she has been receiving calls for business financing options non-stop, on a day-to-day basis. Alvelo shared information she learned from one of her clients.

“They suffered the most at the beginning, but you know only 5-10% of pharmacies in the islands are open,” Alvelo said. “But even still, and we’re talking a hurricane, earthquakes, a pandemic, everything- I still don’t think that anything will change the confidence of business owners in PR.”

“THAT WAS THE BEST EXPERIENCE, WHEN THEY GOT THE PPP FUNDS”

Alvelo is standing right next to Puerto Rican business owners, talking to them through their increasing needs during this time, she said. Latin Financial facilitated almost $2 million in PPP loans and $2 million in EIDL loans in the US and PR.

“That was the best experience- when they got the PPP funds,” Alvelo said. “They were crying over the phone; it was incredible.”

Brendan Lynch, Alvelo’s fiancé and business partner, said that the program had a rough rollout. It was unclear how long the Fed money would last, but PPP ended up working well for Puerto Rican businesses. He even saw BlueVine begin funding Loans in PR for the first time.

“One of our finders here in the US was approved for the program, and we were able to use their online platform,” Lynch said. “And normally they don’t really fund in Puerto Rico, but they did allow Puerto Rican businesses to apply for funding; which is great because they had the technology to make it so simple and quick.”

Lynch said Latin Financial was sure to share links to a PPP loan application with every client to make sure aid funds were as accessible as possible.

“Businesses are probably still down-scaled somewhere between 60 to 70% of their total revenue,” Lynch said. “they’re still working shorthanded with less people in the office, and regulations on how many people you can have in your business are making it harder.”

Alvelo and Lynch are no strangers to environmental forces affecting their plans- the pair were planning on getting married in PR in 2017 before the hurricanes hit. 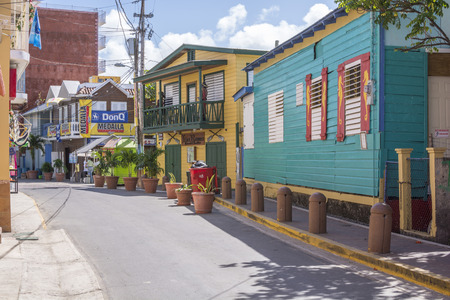 “We started actually looking [for a venue] again, and then COVID happened,” Alvelo said. “Clients were going to be invited and are always asking how they can help, just like when everything happened with COVID, the pharmacies all got together, and said if you need this let us know. Businesses are really working together because they know that they need each other.”

Maria Barzana, the owner of Farmacia Asturias, has been a longtime client of Latin Financial, one of the first dating back to 2015. Barzana went to Alvelo for help. She said the island did not feel an economic impact until this August. Businesses, including most medical offices in the country, have been closed for the past five months. Pharmacies are finally feeling it.

“At the beginning of COVID-19, we were able to manage the economic factor by invoicing refills of prescriptions and the sale of basic necessities related to COVID,” Barzana said. “Due to social distancing, the flow of clients/patients has decreased, concentrating on items necessary to combat COVID-19 and maintenance medications.”

Latin Financial is almost back to regular funding after rushing to help complete PPP and EIDL stimulus loans. Sonia Alvelo will be a panelist speaker this Sept. 24, for the annual Latinas & Power Symposium.