Prashant Fuloria Explains Why Fundbox Has Been Successful in 2020 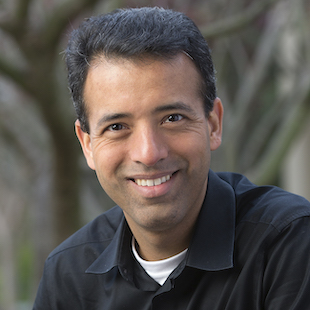 When Prashant Fuloria joined Fundbox as Chief Operations Officer in 2016, the San Franciscan firm was a three-year-old startup with less than eighty employees. By the time Fuloria moved into the office of CEO this July, the small business credit and invoice financing company had grown exponentially, with more than $430 million in raised capital to date and triple the number of employees.

At the height of the pandemic, many firms halted funding or shuttered their doors for good. Meanwhile Fundbox kept lending, and outperformed the market, Fuloria said.

“It’s become very clear to us that we have greatly outperformed the market,” Fuloria said. “In terms of delivering value to customers, and also in terms of our business performance.”

In the toughest weeks of the pandemic, he said that Fundbox’s loan delinquency rose to 8-9%, up from a “low single-digit number” pre-pandemic. In comparison, the industry standard according to Fuloria, was a delinquency rate of 30-40%, including from larger firms and more traditional lenders like big banks.

“I think we’ve performed extremely well during COVID; the numbers just validate the investment we’ve made, especially in data,” Fuloria said. “That puts us in a very good position because a number of folks have exited the market and the need, the demand has not gone away.”

The number one thing you can do to perform well in a recession is to have a strong business going into it, Fuloria explained. Fundbox attributes part of its strength to its data. Nearly a fourth of Fundbox’s capital goes toward data assets, Fuloria said.

Fuloria said this money goes toward collecting customer information, which is processed by in-house tech and a talented team of engineers who can turn data into valuable information for serving SMBs.

“Small businesses,” Fuloria said, “they have the complexity of enterprises but the scale of consumers.”

Coming from twenty years of tech and product managerial experience at firms like Google, Facebook, and Yahoo, Fuloria knows a thing or two about scale. He said he found his roots at Google, working when it was just a small team- by the time he left six and a half years later, Google had 35,000 employees.

When it came to joining Fundbox in 2016, Fuloria said he was attracted by the company’s mission, the talented team there, and how in just three years, the small firm had demonstrated how it could help SMBs.

“Fundbox as a company said ‘We are a financial services platform that is powering the small business economy with new credit and payment solutions,'” Fuloria said. “And that mission was very strong: it made sense to me, and it resonated with me.”

Home › Fintech, Online Lending › Prashant Fuloria Explains Why Fundbox Has Been Successful in 2020