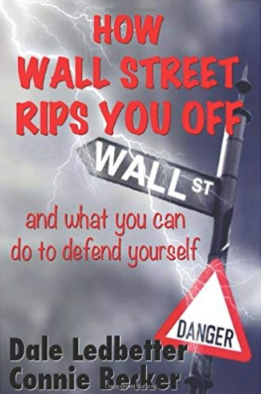 Andrew Dale Ledbetter, a veteran securities attorney who once co-authored a book called How Wall Street Rips You Off – and what you can do to defend yourself, now stands accused of ripping investors off.

Ledbetter was criminally charged on Tuesday by the US Attorney’s office in South Florida for his alleged role in the 1 Global Capital Securities fraud case. Ledbetter was formally accused of Conspiracy to Commit Wire Fraud and Securities Fraud. He was simultaneously hit with civil charges by the Securities and Exchange Commission.

Both agencies say that Ledbetter reaped nearly $3 million in referral fees from 1 Global Capital in exchange for raising nearly $100 million from investors, mostly retirees, all while making knowingly false statements and misrepresentations about the investments. For instance, they say that he knew the investments were securities but claimed they weren’t anyway. Similar circumstances brought down Florida attorney Jan Douglas Atlas last year. Ledbetter had been compensating Atlas on the side as part of the alleged scheme.

Ledbetter is the 4th individual to be criminally charged in connection with the 1 Global Capital case. The other three: Atlas, Alan G. Heide, and Steven Schwartz, have all already pled guilty.