Kabbage Can Accept PPP Applications, But They Are Not a PPP Lender


When CNN announced on April 1st that Kabbage had been approved to provide PPP loans, many in the fintech world wondered how they did it when a PPP Lender Application for fintech companies had yet to be released.

#FinTech firm @KabbageInc, has approval to provide quick loans from the $350bn SME loan fund. "The smallest businesses are not well served by traditional products,” that's why founder Kathryn Petralia says, their apps can be processed in 10 mins. #StimulusBill pic.twitter.com/jPg93JG3Z8 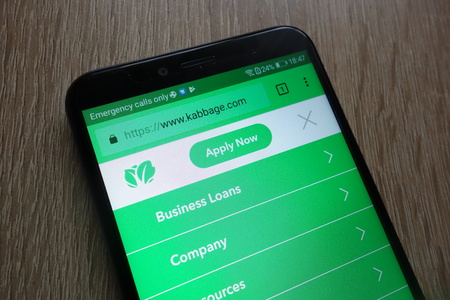 On Tuesday, Kabbage formally revealed what their role in PPP lending has been. They’ve been acting as a broker. In a press release, Kabbage said they are at this time offering PPP loans on behalf of one or more approved SBA lenders and that the “loan agreements will identify the lender to small businesses at signing.”

That same announcement, however, explains that they are partnering with an SBA-authorized bank to deliver PPP loans. That arrangement still does not make they themselves a lender.

As of this writing, no application for fintech companies to apply for PPP lender status has been released, despite Senator Marco Rubio tweeting that one was expected very soon.

To-date, Kabbage says that they have received over 37,000 PPP applications, representing more than $3.5B in requests.

Home › Business Lending, PPP › Kabbage Can Accept PPP Applications, But They Are Not a PPP Lender

Latest Deals in the Deal Box
Two Deals trying to get done.....ideas? ...
Help Wanted
Looking For 3 Stay At Home Closer's That...