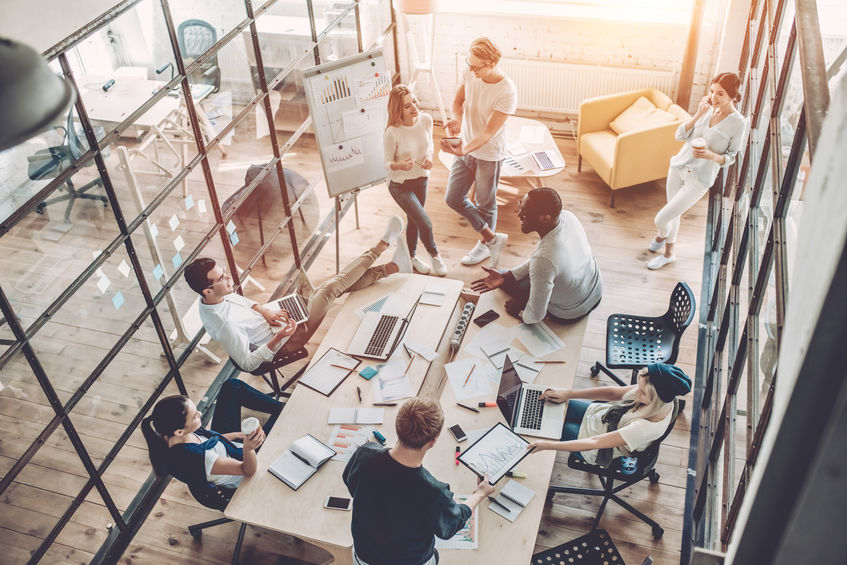 The number of freelancers in America is quickly growing year on year, with a recent study indicating the percentage of full-time freelancers has increased from 17% of the workforce in 2014 to 28% in 2019. Representing a host of fields, from writing and photography to marketing and programming, the incomes and needs of such workers vary as much as their roles do, however a commonality between them is their difficulties with financing.

Being infamous for the difficulties involved in getting paid, freelancers have historically had trouble with the timings of payments. With 59% of freelancers reporting that they live pay check to pay check, missing a payment or waiting until an untimely employer responds to an invoice may not be possible for many; and beyond payments, banks have yet to catch up with the needs of freelancers.

“There’s this great big area in between consumer banking and business banking that freelancers fall into and the big banks aren’t dealing with that,” George Kurtyka of Joust explained. “They have strategies but it’s not really something they know how to do.”

Kurtyka, after a period of jumping between phone services, payments, and the fintech end of banking, is now COO and Co-founder of Joust, a financial services company occupied with providing for those freelancers ill-suited to traditional banking, which has been operating since 2017.

How are they going about it? Following a conversation Kurtyka had with a friend who told him over half of freelancers don’t separate their business and personal finances, he figured the best place to start was with bank accounts, which became the first product available from Joust. Next was the issue of non-payment, a problem his team thought was suited to underwriting. Offering guaranteed payment within 30 days for 1% of the invoice or instant payment for 6%, factoring, via its PayArmour product has become a large part of Joust’s business model.

“It feels almost like an insurance product,” Kurtyka observed. “When you send an invoice, we’re doing risk assessment on you, we’ve onboarded you and given you a bank account so we know about you.”

And so, after an early partnership with the Freelancers Union, Joust has been offering its cocktail of banking, invoicing, and alternative financing services to freelancers and self-owned businesspeople across America, with eyes on expanding its products further down the line.

“As you can imagine, we can start with just invoice factoring, but we can move into working capital and lines of credit … We’ve heard stories of freelancers losing houses and apartments because they were paid late. The next step is income smoothing. If you can predict how much you’re going to earn, we can smooth your income and then work with one of our bank partners to prequalify you for a loan. We’re obviously not a chartered institution but we work with a host of chartered banks and payments companies and we sit on top of them and the great news is we work with a lot of partners who want access to this burgeoning market of freelancers who may not qualify for a FICO score because their income is like this … Down the line we’d love to offer loans and mortgages. We think the underwriting models we’re building could be like the next FICOs for freelancers.”