Is The Definition Of Accredited Investor Ripe For Change? 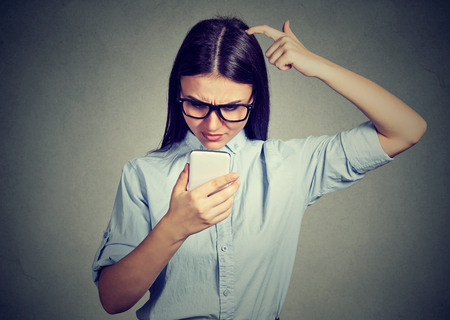 The definition of accredited investor, which the SEC is tackling this year, is causing a fair amount of debate.

At issue is the fact that under federal securities laws only persons who are accredited investors may participate in certain types of securities offerings.

As it now stands, to be deemed an accredited investor, a person needs to earn income of more than $200,000 ($300,000 with a spouse) in each of the prior two years and reasonably expect to earn the same for the current year. Alternatively, the person needs to have a net worth of $1 million or more (alone or with a spouse), excluding the value of a primary residence.

The goal of these rules, of course, is investor protection. In theory, the rules are supposed to ensure investors are sophisticated enough to invest in riskier investments and, on top of that, have adequate cushioning against the risk of financial loss.

The trouble, critics say, is that the rules aren’t doing a very good job of achieving these objectives. There’s widespread agreement that the current definition is flawed. Where it gets trickier is in deciding how it should be fixed. 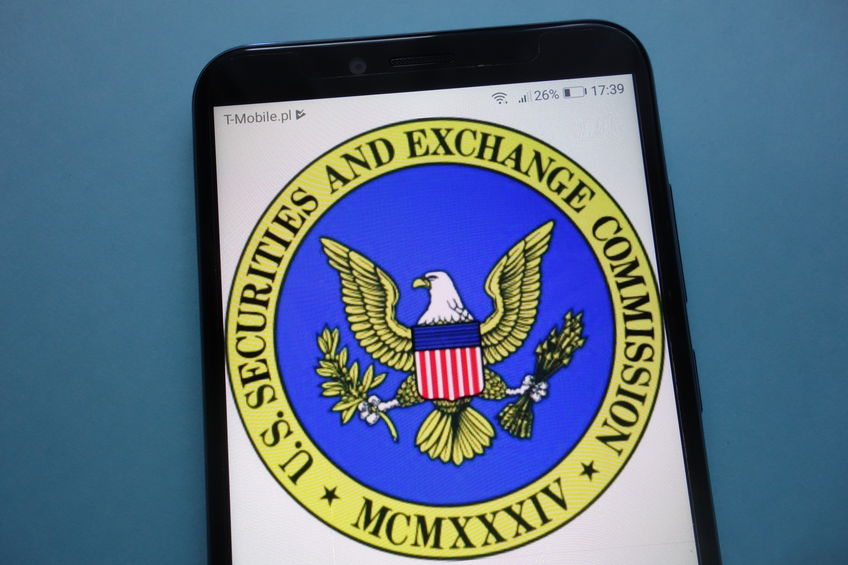 There are some who say the current bar is too high, others who say it’s too low. Some contend that the wealth-based test should be scrapped altogether in favor of a sophistication test. Others promote a sliding scale approach to investing in riskier offerings. This would allow all investors to participate, but in increments that are proportional to their wealth—similar to what happens in the crowdfunding arena today. Some industry players support a combination of measures, a sophistication test in connection with a sliding scale, to maximize investor protection and still open the playing field for others who can’t participate today based on their income or net worth.

The varying opinions are likely to be debated by the SEC as it reviews the accredited investor definition, which it’s required to do every four years by a provision in the Dodd-Frank Act. The SEC is taking the opportunity to do a broad-based review of the regulatory framework for investing in alternative assets; the accredited investor definition is just one of the areas on its docket to examine. The comment period for this review ended on August 30th.

At this point, what the SEC actually decides to do about the accredited investor definition is anybody’s guess. The thrust of these conversations is likely to focus on what constitutes an appropriate degree of protection, which is where many of the disagreements—and alternative suggestions on how to best accomplish this— come into play.

On one hand, consumer advocates want to maintain the highest degree of investor protection possible. The concern is that consumers generally don’t have enough prowess or information to safely invest in unregistered offerings, which can carry more risk than registered investments.

“We don’t want the definition to be any weaker than it is now because that would do the vast majority of consumers a disservice,” says Brian Young, public policy manager at the National Consumers League. “With these exempt products, there are a lot of unknown variables and there’s a lot more vulnerability,” he says.

One suggestion that’s being proposed is to raise the wealth and income levels to adjust for inflation. It’s a step in the right direction because it would further limit who is eligible to be considered an accredited investor, says Barbara Roper, director of investor protection for the Consumer Federation of America. “The levels haven’t kept pace with inflation since they were set,” she says.

This alone, however, wouldn’t be sufficient to protect investors, consumer advocates say, since there are plenty of wealthy people who have little to no investment prowess.

On this point consumer advocates and industry professionals seem to agree: that limits based on income or net worth aren’t all that useful. 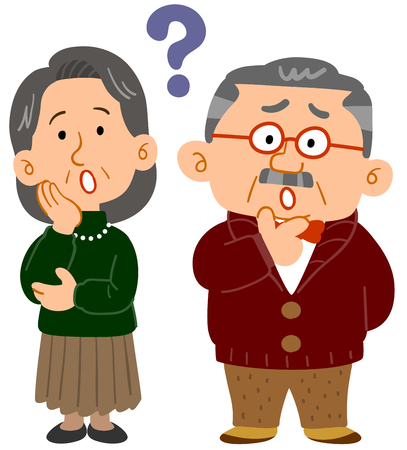 Roper of the Consumer Federation of America gives the example of a 64-year-old who has $200k in income or $1 million of assets in his or her retirement accounts. This doesn’t mean he or she is financially literate, let alone sophisticated enough to take part in certain types of riskier alternative investments, she says. “That would be an inappropriate investment recommendation if it were made by your broker or investment advisor,” she says.

Some industry professionals also find fault with the wealth test, but, unlike consumer advocates, they’d like to see more investors allowed to participate, not fewer. It’s not right, they contend, that a wide range of highly educated people are prevented from investing in certain offerings because of arbitrary limits on net worth and income.

Many promising investment opportunities are not even being offered to a huge majority of American investors, based on the standards that exist today, according to Nat Hoopes, executive director of the Marketplace Lending Association, an industry trade organization.

“By harmonizing and simplifying complex rules and adjusting the current accredited investor standards, my hope is that the SEC will find that they can permit many more Americans to gain access to a wider range of well regulated investment opportunities, without leaving those citizens exposed to fraud or abuse. Done right, changes from the SEC in this area will help to promote more equality of opportunity in our economy, without adding new red tape,” he says.

Brew Johnson, co-founder and chief executive of PeerStreet, an online platform for investing in real estate debt, says it’s “crazy” that people who are highly educated—such as MBAs, accountants, attorneys and other businesspersons can’t invest in certain offerings simply because they don’t have the income or wealth levels. He takes issue with the fact that he didn’t qualify to invest on his own platform when it was first getting off the ground. Some of his employees today also don’t qualify to invest in the platform they are helping to build, which is troubling, he says.

“You don’t want people to make terrible decisions. But the idea that the average person is too dumb to make decisions with their money…is offensive,” Johnson says. Today, there’s much more readily available information and transparency—a significant change from when the rules were first put in place—when only the largest investors had access to the types of information necessary to make critical investment decisions, he says.

“I DON’T BELIEVE WEALTH IS A DETERMINER OF SOPHISTICATION”

Johnson doesn’t take issue with the goal of protecting investors from getting into things they don’t understand. Rather, he says, “I don’t believe wealth is a determiner of sophistication.”

ALTERNATIVE PROPOSALS TO A WEALTH-BASED TEST

That’s where another idea being floated by members of the Marketplace Lending Association and others may come in. The thought is to create a new way to measure an investor’s level of sophistication and ability to withstand loss. An example of this could be some kind of test to identify investors who are deemed to have sufficient investment prowess, despite falling below the SEC’s threshold based on wealth or net worth, to participate in certain types of offerings.

It’s an option that, if adopted, could open up the playing field to additional investors—while still trying to accomplish the SEC’s goal of investor protection, industry participants say.

Ryan Metcalf, head of U.S. Regulatory Affairs at Funding Circle, says the Financial Industry Regulatory Authority Inc. (FINRA) could develop a test to be administered online when an investor who doesn’t meet the wealth or income bar wants to invest. This would allow quick-decisions to be made. People who want to invest a few thousand dollars shouldn’t have to do it in person; this would be too onerous, he says. 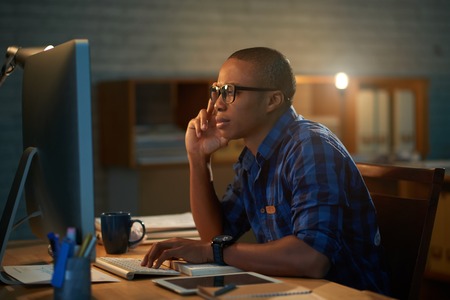 There could even be different tests based on what investors are seeking to invest in, says Mark Atalla, owner and managing director at private lending firm Carlyle Capital.

Otherwise, Atalla says, there’s too much room for people to lose on a large scale. “These are people’s livelihoods you’re responsible for at the end of the day,” he says. “I think it’s important for investors to understand what they are really doing.”

Some industry professionals say there may be too many practical limitations for this type of an assessment to work. Certainly details would have to be worked out including what the scope of the test or tests should be. Decisions would also have to be made about who would be in charge of creating and administering a test or tests and how and where they would be administrated, among other things.

In theory, if someone can pass a test to show he or she is knowledgeable about investing, the person should be able to invest, says PeerStreet’s Johnson, adding that there’s something to be said about people accepting personal responsibility for their decisions, provided they have been given adequate information from which to make informed, knowledgeable decisions. “The devil is in the details of what [this type of test] would look like,” he says.

Another idea being floated—that could stand on its own or be implemented together with a sophistication test—is to allow all investors to invest on a scale that’s similar to the crowdfunding exemption. Under rules adopted by the SEC in 2015, the general public now has the opportunity to participate in the early capital raising activities of start-up and early-stage companies and businesses by way of crowdfunding. Because of the risks involved with this type of investing, however, investors are limited in how they can invest during any 12-month period in these transactions. The limitation depends on the person’s net worth and annual income.

Some industry watchers say the sliding scale idea is a viable one because it would allow more investors a chance to participate in more risky offerings, while providing a safety net for loss.

“IF YOU HAVE LESS MONEY, YOU ARE ALLOWED TO INVEST LESS, BUT YOU STILL CAN PLAY YOUR HAND”

This type of model has the potential to offer investors a reasonable amount of protection, says Vincent Petrescu, chief executive of truCrowd, Inc., an equity crowdfunding portal that connects startups and emerging businesses with non-accredited and accredited investors. “If you have less money, you are allowed to invest less, but you still can play your hand,” he says.

Johnson of PeerStreet also supports this approach because it allows investors who otherwise wouldn’t have access a chance to broaden their exposure to areas that could potentially allow them to increase their wealth.

Certainly, questions about this approach persist as well. What should the investment limits be? Would it depend on the type of investment? Would investors need to self-certify as they do in crowdfunding, or would their information need to be verified by a third party? These questions and more are also likely to be probed more deeply during an SEC review.

The suggestion would be for the SEC to consider adding a new category of the definition to include “knowledgeable employees” of “covered companies” as those terms are defined in Rule 3c-5 of the Investment Company Act.

Industry watchers are hopeful to have some clarity on these issues within the coming months, so stay tuned.

“The SEC’s mandate is to protect investors, which sometimes is needed,” says Petrescu of truCrowd, the equity crowdfunding portal. “There needs to be checks and balances,” he says.

Home › Fintech › Is The Definition Of Accredited Investor Ripe For Change?