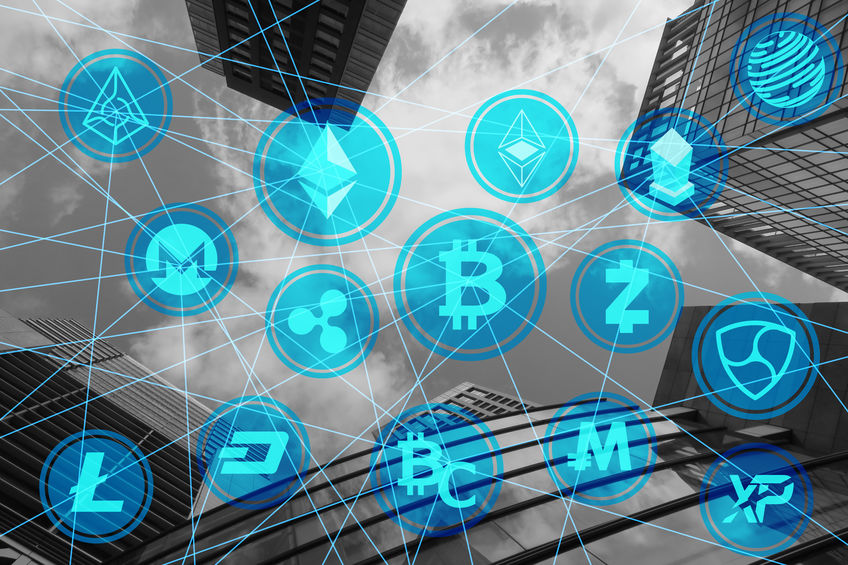 This week, two House Representatives presented Federal Reserve Chairman Jerome Powell with a letter calling for the Fed to seriously consider the creation of a digital currency.

Beginning their letter with, “As you are aware, the nature of money is changing,” French Hill (R-AR) and Bill Foster (D-IL) run through a brief history of money as we know it before relaying their central worry, “that the primacy of the U.S. Dollar [sic] could be in long-term jeopardy from wide adoption of digital fiat currencies.”

Such concern is bolstered by the knowledge that over 40 other countries are investigating the use of digital currencies, with Sweden, Uruguay, and China’s programs each being name dropped by Hill and Foster; as well as by comments by the President of the European Central Bank, Christine Lagarde, who noted that in the absence of digital currencies backed by central banks, private firms will be left to dominate the space, effectively bypassing banks, and ceding control of monetary policy as well as power to combat illegal financial activities such as money laundering.

Before signing off, the authors warn of the troubles that Libra, Facebook’s unlaunched cryptocurrency could release into the world of finance if the tech giant is allowed to run free of regulation; and they finish by asking Powell to consider a number of questions relating to the establishment of a US dollar digital currency.

Not found among these questions is the conundrum of whether a sovereign digital currency would be referred to as legal tender despite it being intangible.

Hill and Foster aren’t the first to raise this issue, in fact former Chairwoman of the Federal Deposit Insurance Corporation Sheila Bair wrote in Yahoo Finance last year urging the Fed to shift its focus. Naming the potential digital currency ‘FedCoin,’ Bair explains the benefits of such a creation, saying that during recessions the Fed could reduce the interest rate on FedCoin in order to encourage spending, while during boom years interest rates could be increased to avoid overheating of the economy. As well as this, Bair proposes that in the case of a downward economic spiral, the Fed could issue time-limited coins that will expire if not spent on consumption.

Although it isn’t all sunshine and economic prosperity in Bair’s assessment, as she also notes that FedCoin has the potential to be a massive disruption to credit availability, with its implementation meaning that the over $10 million which is currently deposited by customers in American banks could vanish overnight if every American moved their savings to FedCoin. Regardless, Bair concludes her article with the warning that “If it does not stay ahead of this technology, not only could banking be disrupted – but the Fed itself could also be at risk.”

Bair’s comments are matched by former Bank of England Governor, Mark Carney, who, at the Economic Policy Symposium in August, discussed how a digital currency backed by a coalition of central banks, or as he termed it, a synthetic hegemonic currency (SHC), could allow for economies to move away from the US dollar as the global hedge currency and, thus, remove themselves from the currency’s domineering influence.

Interestingly, Hill and Foster’s letter comes the same week as news of a sovereign digital currency in Venezuela. President Nicolás Maduro confirmed that his government has plans to develop payment methods based off Bitcoin and that the country would begin stockpiling cryptocurrencies for its international reserves. These developments will accompany Petro, the cryptocurrency issued by the Venezuelan government that is backed by the country’s oil and mineral reserves.

As noted by Decrypt, despite his history of supporting Bitcoin, Juan Guaidó, Venezuela’s other President whose claim to the position has been recognized by Donald Trump, has described his rival’s move toward a digital currency as a show of “desperation.” In true crypto form, Guaidó also lambasted Petro in 2017 for not being a real cryptocurrency as its value is determined by oil.

With the initial promise of cryptocurrency as the herald of a more egalitarian currency free of borders and regulators having been largely undelivered in the developed world, as such currencies are instead used for speculating and turning profits, Maduro is framing his decision to double-down on digital currencies as a return to the original vision.

“Donald Trump and his sanctions are blocking Venezuela from carrying out transactions in any of the world’s banks,” said the president this week. “There’s other formulas to pay, and it’s what we’re using, because our payment system works perfectly in China and Russia … Venezuela is working with the world of cryptocurrencies as a free national and international payments system … The finance minister and Venezuela’s central bank have new instruments which we will activate very soon so that everyone can do banking transactions, as well as national and international payments through the central bank’s accounts.”

Whether or not Maduro’s plan will actually fulfill the original hopes for Bitcoin and cryptocurrencies is unsure, what is certain however is that more and more world leaders and policy makers are beginning to consider digital currencies as an issue to be reckoned with, rather than something to hodl at arm’s length.