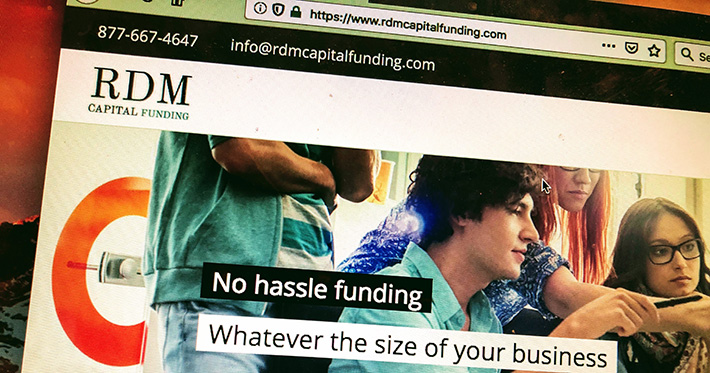 Avi Wernick and Boris Kalendarev are joining RDM Capital Funding as the new Director of Partnerships and Strategy and CFO/COO, respectively.

The move comes after a fruitful year for the company, with it securing a $7.5 million credit facility from Charleston Capital, an amount that it has since extended; upping its funding originations from $300-500,000 per month at the beginning of 2018 to over $2.5 million currently; and witnessing 300% growth over the previous 12 months.

Wernick is moving from BlueVine, where he was a Business Development Manager. Seeking to develop and create new opportunities for RDM, as well as ensure the stability of these prospects, Wernick says that he’s bringing with him the skills and lessons learned at the New Jersey-based funding company, believing that how he will operate in RDM will serve as a “nod to his time and the guys at BlueVine.”

Prior to this, Wernick had done consulting work for Morgan Stanley in the early 2010s. Saying that he “wasn’t enthralled by” the world of institutional finance, he moved to RDM during its launch year, 2015, before starting at BlueVine in February 2018. Speaking of his homecoming to RDM, Wernick notes that he is excited to return to the “blend of ideas” that he says is integral to RDM’s approach towards operations and culture.

Kalendarev echoes this, saying that himself, Wernick, and Reuven Mirlis, RDM’s CEO, have been friends outside of business for years and that he enjoys the overlap of his personal and professional connections. “It’s something we arrived at gradually, it wasn’t like, ‘hey, we’re all working in finance, let’s pool our efforts.’”

Coming from Santander, where he was a Vice President, Kalendarev will be focusing on the operations of RDM. Having been a Financial Advisor for Wachovia Securities during the early years of college, as well as beginning his time at Santander during the days of his senior year, Kalendarev has been in finance for over ten years. On his departure from the Spanish bank he said that it “was a very hard role to leave,” but that he savored the risk which came with building a less established financial entity, saying that “you’re more aligned with it, you’ve got skin in the game.”

On the pair joining, Mirlis had to say, “We’re very, very excited for both Avi and Boris. They have an immense amount of value and they’re going to be an integral part of our group going forward. We’re extremely excited to have them on board and to see what’s to come going forward.”

When asked about what exactly may come in the future for RDM, Mirlis noted he plans to reach 300% growth for a second year in a row.

On the topic of the recent COJ bill, the new hires were optimistic, with Kalendarev remarking that RDM stopped using the contracts over eight months ago and that he thinks “it’s good for the space.” “It’ll be a challenge for these companies who tried to get rich quick and take short cuts and not build a sustainable operation,” said Wernick. “You know regulation is a scary thing.”