Outside the Box: Idea Financial’s Unusual Path to Alternative Finance 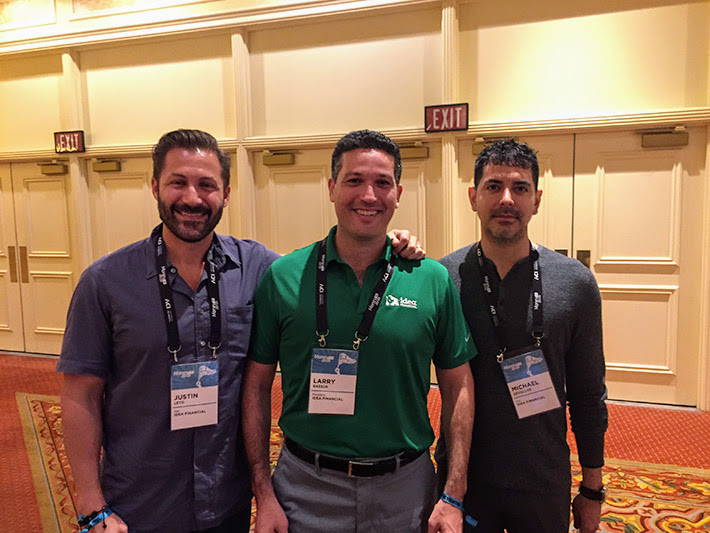 How many lawyers does it take to start up an alternative finance company? Two, according to Idea Financial’s Co-founders, Justin Leto and Larry Bassuk.

Idea, a Miami-based company which offers lines of credit to SMB owners, is the product of Leto and Bassuk’s partnership over the course of years, the latter told deBanked. “We took a leap of faith and left our practices and we began developing this business out of the conference room of our own firm.” But before that, the pair worked together as both lawyers and entrepreneurs.

Beginning in 2011, they met when Leto was already running his own practice and Bassuk was working as an associate for a different firm on the same floor. What started as a chance meeting developed into talks of what’s missing from their industry, which ultimately led to their early ventures together: their own legal firm, Leto | Bassuk, and Level Insurance.

While the former of these is no longer operating, due to their focus shifting to Idea, Level is still providing services to those looking for a niche form of insurance. Established in 2016, the company offers Litigation Cost Protection which covers those lawyers who work on contingency, this being the agreement of them being paid a percentage of the assets they recover for the client, thus earning nothing if the client loses.

Born from Leto and Bassuk’s own experiences as attorneys, Level Insurance provided that initial entrepreneurial step outside of a law firm. And while it afforded the comfort of overlapping with the legal industry, their decision to go into alternative finance brought with it a new marketplace as well as new challenges.

Although it was founded in March 2017, Idea Financial’s first year in business was largely spent working out of Leto | Bassuk’s conference room, figuring out strategies, technology, and credit models; as well as making key hires and developing their product. In fact, it wasn’t until January of 2018 that Idea made their first loan. Initially backed with $20 million by Warsaw-based Idea Bank, which specializes in servicing small businesses, Idea Financial has since secured another $70 million from the fintech bank, Cross River Bank, and has funded $50 million to nearly six hundred businesses.

Now at 35 employees and with a new office beyond the walls of the old conference room, Leto asserts business is going well despite the odds having been stacked against them. “Some would have called [Idea Bank] crazy because they gave two people who were from outside the space this kind of money to build a business and lend money without any strict covenants. So, Larry and I were left to make our own rules.”

And looking forward, Bassuk is confident of their future, lauding much of the company’s strength to the diversity of their workforce, with recruits from Montenegro, Russia, Colombia, and Venezuela, and their unique backgrounds. “We’re all about recruiting top talent, all about diversity of thought.”