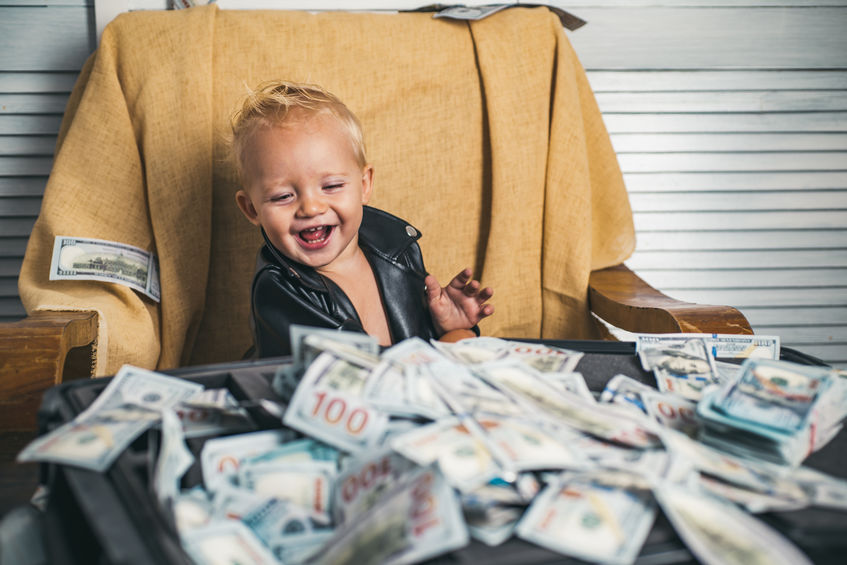 Consumer debt has surpassed $4 trillion for the first time, and it’s continuing its ascent into the stratosphere. It’s getting big enough to trigger the next recession, and financial education isn’t changing the underlying consumer behavior.

Personal loan balances shot up $21 billion last year to close 2018 at a record high of $138 billion, according to a TransUnion Industry Insights Report. The average unsecured personal loan debt per borrower was $8,402 as of the end of last year, TransUnion says.

Much of the increase in consumer debt has emerged with the rise of fintechs— such as Personal Capital, Lending Club, Kabbage and Wealthfront—notes Rutger van Faassen, vice president of consumer lending at a U.S. office of London-based Informa Financial Intelligence, a company that advises financial institutions and operates offices in 43 countries.

In fact, Fintech loans now comprise 38% of all unsecured personal loan balances, a larger market share than any of the more traditional institutions, the TransUnion report notes. Banks’ market share has decreased from 40% in 2013 to 28% today, while credit unions’ share has declined from 31% to 21% during the same time period, TransUnion says. 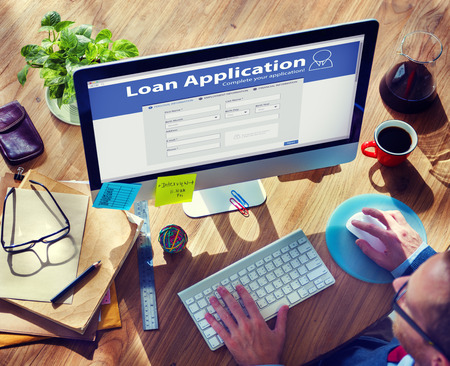 Fintechs are also gaining at the expense of the home- equity market, van Faassen maintains. “They’re eating away at some of the balance that maybe historically was in home-equity loans,” he says. While total debt is increasing, the amount that’s in home equity loans is actually shrinking, he notes.

What’s more, fintechs are changing the way Americans think about credit, van Faassen continues. Until recently, consumers experienced a two step process. First, they identified a need or desire, like a washer and dryer or home renovation. Realizing they didn’t have the cash to fund those dreams, they took the second step by approaching a financial institution for a loan.

If consumers chose a home equity line of credit to procure the cash, they had to wait for something like 40 days from the beginning of the application process to the time they got the money, van Faassen says. “You really had to be sure you wanted something,” or the process wasn’t worth the effort, he says.

Fintechs have removed a lot of the “pain” from that process, van Faassen says. With algorithms helping to assess the risk that an applicant can’t or won’t repay a debt and digitization easing access to financial records, fintechs can quickly evaluate and make a decision on an application. Tech also helps assess applicants with thin or nonexistent credit files, which broadens the clientele while also contributing to total consumer debt.

Meanwhile, mimicking an age old process in the car business, merchants are beginning to make credit available at the point of sale. Walmart, for example, recently signed a deal with Affirm, a Silicon Valley lender, to provide point-of-sale loans of three, six or 12 months to finance purchases ranging from $150 to $2,000. Shoppers apply for the loans by providing basic information on their mobile phones and don’t have to talk to anyone in person about their finances. Affirm’s CEO Max Levchin has called the underwriting process ‘basically instant.”

If that convenience comes at too high a cost, it doesn’t matter much because borrowers can later find another finance vehicle with better terms, van Faassen says. “So if I get the money at the point of sale, which might have been zero for six months and then it steps up to 20-plus percent, there is no problem with refinancing that debt,” he says.

But there’s a downside to the ease of borrowing, van Faassen cautions. It could trigger the next recession, even though unemployment remains low. Despite modest recent gains, wages have remained nearly stagnant for years. That means an increase in interest rates could lessen consumers’ ability to pay off their debts, he says. 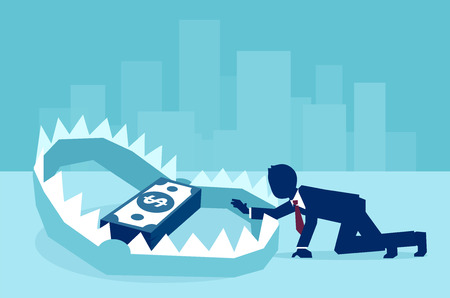 Meanwhile, at least some large mortgage lenders have begun running into problems, a situation that bears an eerie resemblance to the beginning of the Great Recession that struck near the end of 2007, notes a report in luckbox magazine, a publication for investors. Stearns Holding, the parent of Sterns Lending, the nation’s 20th largest mortgage lender, filed for bankruptcy protection just after the July 4 holiday, the luckbox article says.

Then there’s the nagging notion that the country and the world are becoming ripe for recession simply because no downturns have occurred for a while. Talk to that effect was circulating at the recent LendIt Conference, van Faassen observes. Fintech executives often come from the banking world and thus still find themselves haunted by the specter of the Great Recession. That’s why they’re already beginning to tighten underwriting for consumer credit van Faassen says.

One difference this time around lies in the fact that nothing about the increase in consumer debt appears to be hidden from public view, van Faassen says. Before, investors fell victim to the mistaken impression that risky mortgage-backed securities were rated AAA when they weren’t.

Plus, the increase in peer-to-peer lending could keep the economy going even if big financial institutions freeze the way they did during the Great Recession, van Faassen notes. “Hopefully, with the new structures that are out there, we can keep liquidity going,” he says. That raises key questions for the alternative small- business funding community. The industry came into being partly as a response to banks’ tightened lending policies during the Great Recession, so perhaps a downturn isn’t such a bad thing for the sector. But a downturn for the economy in general could cripple merchants’ ability to pay off debt.

But all bets are off during hard times. In the last recession the conventional wisdom that consumers make their mortgage payment before paying other bills was turned on its head. Instead of making the house payment—because foreclosure would take several months—people were choosing to make their car payments so they could get to work. Nobody really knows ahead of time what will happen in a recession, van Faassen notes.

After all, economics relies to at least some degree upon the often-irrational financial decisions of the general public. And science demonstrates that it’s no easy task to convince consumers to handle their cash, credit and debt responsibly, says Mariel Beasley, principal at the Center for Advanced Hindsight at Duke University and Co-Director of the Common Cents Lab (CCL), which works to improve the financial behavior of low- to moderate-income households.

“CONTENT-BASED FINANCIAL EDUCATION CLASSES ONLY ACCOUNTED FOR 0.1% VARIATION IN FINANCIAL BEHAVIOR. WE LIKE TO JOKE THAT IT’S NOT ZERO BUT IT’S VERY, VERY CLOSE.”

“For the last 30 years in the U.S. there has been a huge emphasis on increasing financial education, financial literacy,” says Beasley. But it hasn’t really worked. “Content-based financial education classes only accounted for .1 percent variation in financial behavior,” she continues. “We like to joke that it’s not zero but it’s very, very close.” And that’s the average. Online and classroom financial education influenced lower-income people even less. 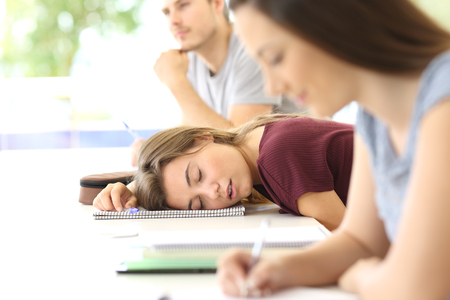 Lots of other factors influence financial behavior, Beasley notes. How much a person saves, for example, depends upon how much they make, what their bank tells them and what practices they encountered at home as children, she says. The CCL has been finding out some other things, too.

In one example of its findings, it discovered that putting an amount for a minimum payment on a credit card decreases how much consumers pay. That happens because listing a minimum payment amount creates an anchor, and borrowers adjust their payment upward from there, Beasley says. If the card carrier doesn’t specify a minimum, consumers tend to adjust downward from the full amount they owe. “It turns out to be incredibly powerful,” she contends.

It’s the kind of problem that shows financial institutions haven’t devised many systems to reduce consumer debt by speeding up repayment, Beasley maintains. In this example, suggesting higher payments would prompt some consumers to pay off their debt more quickly.

In an exception to standard practice, a credit card company called Petal does exactly that by placing a slider on its website to help borrowers determine the amount of their payment, she notes.

Meanwhile, people tend to base financial decisions on the examples they see other people set, Beasley says. Problems arise with that tendency because they may see one neighbor spending money freely to dine in restaurants but don’t see any of the many neighbors eating at home to save money. They see a neighbor driving a new car but don’t know how much that neighbor is setting aside for retirement.

That’s why most people overestimate how much others spend to dine out in restaurants, Beasley says. When shown the error, most reduce their own spending in restaurants, she notes, but within two weeks their behavior returns to its original level, their newfound knowledge “drowned out by the noise in the world,” she says.

That’s not good for consumers or small businesses, but help is on the way, according to John Thompson, chief program officer of the Financial Health Network, a national nonprofit research and consulting firm that works with financial institutions and other companies to improve consumer financial health.

As part of that mission, the Network has formulated procedures to assess the financial health of individuals and small businesses, Thompson says. It’s too early to say whether the tool will help with loan underwriting, he notes, but financial wellness determines the ability to pay back debt, he notes.

The Network also publishes the U.S. Financial Health Pulse, which recently pronounced just 28% of Americans financially healthy, meaning that they have sufficient income, savings and planning to handle an unexpected expense and act on the decisions they make. About 55% are relegated to various stages of coping, and 17% find themselves in a vulnerable state.

So Americans aren’t feeling financially secure, and they’ve borrowed $4 trillion to reach that unenviable state. They’re borrowing more and learning virtually nothing useful about their financial errors. Thompson has a way of summing up the situation. “It’s crazy,” he says.