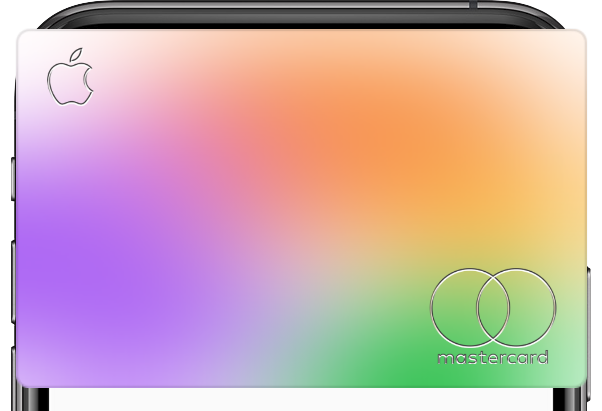 Apple Card launched this month, and with it have come some complaints over the unforeseen damage that wallets can do as well as an official guide from Apple on how to tend to and clean your new credit card. But aside from aesthetic and hygienic concerns, the card’s release to the wider public has raised eyebrows with news of subprime borrowers being approved.

Forged from a partnership between Apple and Goldman Sachs, a bank known for dealing with corporations and the rich, the move seems out of character for the 150-year-old institution.

Rolled out initially to Apple employees as a test, rumors began to circulate of early adopters expressing surprise at being approved despite having FICO scores in the middling 600s. Then, upon Apple Card’s wider release, Ed Oswald came forward and spoke to CNBC about receiving his card, along with a credit limit of $750 and an interest rate of 23.99%, despite having a credit score of around 620.

But this is not the bank’s first foray into FICO’s less than 700. Since its launch, Goldman’s Marcus has issued $4.75 billion in personal loans, 13% of these going to borrowers with a FICO of 660 and under.

This 13% and the partnership with Apple are indicative of David Solomon’s tenure as CEO of Goldman Sachs, who has sought to expand into consumer finance following years of declining trade revenues.

And while this contrasts the bank’s history, the push for more access to credit is aligned with Apple’s values. In fact, in the 1990s, when the tech company was in talks with Capital One over a potential card partnership, Steve Jobs “had an aversion” to rejecting any customers who wanted to sign up. Such yearning for openness and ease of access has reportedly scared off other banks. According to CNBC, Citigroup was in advanced talks with Apple prior to Goldman Sachs’s confirmation, but pulled out of the deal due to concerns over the profitability of the partnership. Similarly, JPMorgan Chase, Barclays, and Synchrony all allegedly bid on the deal.

But what does such access mean? Well opening up credit to those with a less-than-proven track record increases the risk of losses due to unpaid loans. The speed with which funds are made available, the application and approval process takes two minutes, means that Apple Card could rival payday loans and alternative finance for those customers looking for more modest funding. And as well, the commodification and attention paid to the appearance of the card by Apple has led to it being viewed as the latest gadget from the company rather than a tool to use when financially necessary, as pointed out by Macworld, raising questions over how credit cards should be marketed.

On the topic of access, Ian Kar, the author of the Fintech Today newsletter said that “Apple is only making one card, so they have to target everyone … It’s not like they’re Chase with multiple cards like Sapphire Reserve to target a higher demographic and other cards for lower segments.”

This singular approach to credit joins Apple’s growing collection of services. Likely being pushed to account for the falling sales of the iPhone, Apple Card is the latest in a line of launches that includes Apple News+, Apple TV+, Apple Pay, and Apple Arcade.

This year, iPhone sales saw a drop of 12%, making up 48% of total Apple sales. While Apple services rose by 13% from 2018 to become the second largest segment of the company’s sales portfolio, being 21%.

When discussing Apple Card and its role in the bank’s ecosystem in an internal Goldman Sachs memo, Solomon, hinting at further partnerships, said “Apple Card is big, but it’s also a beginning.”