Edly, a new online marketplace that connects Income Share Agreement (ISA) investors, announced last week that a prestigious software engineering school in San Francisco listed $2 million in inaugural ISA trades via the Edly marketplace. The school is called Holberton and offers only two payment programs, an ISA or pay it all upfront. LinkedIn CEO Jeff Weiner and many others who are well-established in tech are closely involved with the school.

An ISA is an arrangement where investors front the cost of a students’ college education in exchange for a percentage of their future earnings. According to Charles Trafton, co-founder of Edly, ISAs differ from traditional student loans in three primary ways, all of which protect the student: 1) repayments don’t begin until the graduate starts making above a certain amount of money, 2) repayment is limited to a certain amount of time (usually 8 years) and 3) there’s a cap on the amount that the graduate repays, usually one to two times tuition. 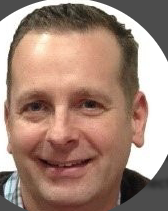 “Today, schools have an incentive to maximize the amount they get from each student on their way in – which usually means maximum borrowing – and then spend as little as possible on the student as he matriculates through the school,” Trafton said. “The school has no skin in the game.”

With the ISA model, the school usually has skin in the game. The Edly marketplace requires that participating schools own part of the ISA. This way, the school’s interest is aligned with the student, and later the graduate. If the students are well trained, then they are likely to succeed in the workplace, earn good money quickly and pay the money owed.

The first ISA program in the U.S. was launched at Purdue University in 2016 and Trafton said there are now 23 programs in the country. His mission with the Edly marketplace is to provide liquidity for these investments and Holberton’s $2 million of ISA trades is its first transaction.

Holberton’s ISAs are set up so that graduates only make payments when their salaries are more than $40,000. But Trafton said that Holberton graduates are usually hired by top Silicon Valley tech companies and they typically make nearly six figures in their first year after graduation.