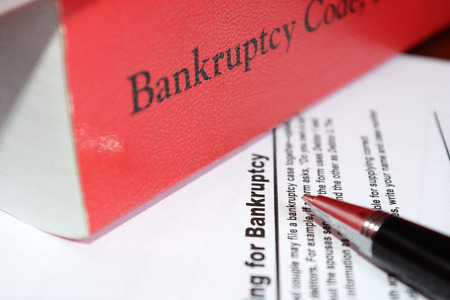 Last week, a bankruptcy judge in the Northern District of Illinois ruled that a merchant had used so many merchant cash advances that it had become a normal part of their business.

At issue was Network Salon Services, a business founded in 2004 that was brought back from the brink of insolvency in January 2013 by a merchant cash advance. That advance, coupled with dozens of advances from more than 14 MCA companies over the following 3 and a half years would keep Network Salon on life support until it finally failed for good.

At the end, Network Salon had just $200 to its name and nearly $4 million in outstanding future receivables due to MCA companies.

After the Chapter 7 proceedings commenced, the bankruptcy trustee came knocking on the doors of several MCA companies to give back the funds it believed had been fraudulently transferred and obtained through criminally usurious means.

One of those companies, NY-based LG Funding, pushed back hard, and on August 15th the judge ruled in LG’s favor. In a carefully considered decision, The Honorable Jacqueline Cox said that an exception applied to LG Funding. Unlike a normal creditor where certain property obtained leading up to a bankruptcy becomes returnable to the trustee, Network Salon relied on MCAs in its normal course of business for years and thus the transfers of funds to LG Funding was the ordinary course of business not subject to return.

So ordinary was it in fact that Network Salon used MCAs to make payments on other MCAs, going so far that at one point one of its bank accounts showed no deposit activity for a month except for deposits from MCA companies and online lenders.

Ultimately it didn’t matter if LG Funding was actually debiting the deposits made by rival companies rather than the actual proceeds of sales, Judge Cox opined, because this deviation from the contract was not fraudulent and both parties benefited from it.

The usury arguments, as usual, failed, because New York courts (The state governing LG Funding’s contracts) have already determined that MCA transactions are not loans and therefore can’t be usurious.

“The Trustee has failed to meet her burden to establish by a preponderance of the evidence that the transfers were preferential or constructively fraudulent and therefore subject to avoidance,” The judge ordered. “LG Funding has succeeded in establishing that the transfers were made in the ordinary course of business, defeating the Trustee’s 547(b) preference claim. The constructive fraudulent conveyance claim fails because Network Salon received reasonably equivalent value in the transactions in issue. Judgment will be entered in favor of Defendant LG Funding on all counts.”

This post is an oversimplified explanation. Download the 24-page decision HERE for the full facts and details.