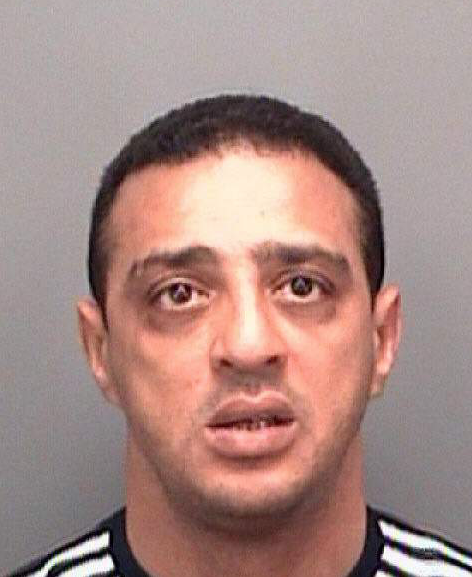 Tampa Bay loan broker Victor Clavizzao pleaded guilty this week to one count of wire fraud, which could land him in prison for up to 20 years. This would not be his first time behind bars. In 2009, a federal judge sentenced him to five years for conspiring to fraudulently obtain nearly $6 million in mortgage loans.

This time, Clavizzao, 55, cheated a church congregation out of $16,350 that they had set aside to build a new church. According to a Tampa Bay Times story, shortly after leaving prison in 2014, Clavizzao was still on probation when he created Key Business Loans. Around the same time, he met husband and wife, Sam and Minnie Wright. Minnie Wright is the pastor of the Tampa Bay-area New Testament Outreach Holiness Church #2, and she asked Clavizzao if his company would be able to make a loan to their church.

According to the Tampa Bay Times story, Clavizzao said “Absolutely.”

Clavizzao, who used the named Victor Thomas, ingratiated himself with the Wrights and other church congregants and told them that not only could he help them obtain a $650,000 loan, he could also handle the purchase of the plot of land along with other details. The church gave Clavizzao a series of initial payments – for an architect and for an environment inspection of the land – and when the Wrights started getting suspicious, Clavizzao disappeared.

Last year, suspected of defrauding the Wrights and others, Clavizzao told Tampa Bay Times in a phone interview that his business, Key Business Loans, was completely legitimate.

“Knock yourself out, I’m not doing anything wrong,” he said, acknowledging that he discloses his criminal history to prospective borrowers. “Any person who has a problem about my past can choose to do business with me or not do business.”

In July of 2014, Clavizzao presented the Wrights with a “Proposal Letter for Guaranteed Business Purchase Loan” from Key Capital Commercial Funding, a New York City-based company he said he had ties with. The proposal outlined the terms of a 15-year, $650,000 loan at 5.1 percent interest. The Wrights signed it. However, what the Wrights did not know at the time was that there was no Key Capital Commercial Funding in New York City, or anywhere else.

In part because of persistent reporting on Clavizzao from Susan Taylor Martin at Tampa Bay Times, the Wrights were able to learn more about Clavizzao’s criminal past and the FBI got involved.

After Clavizzao’s recent guilty plea, he is currently out on bond pending his sentencing. A date has not been set.