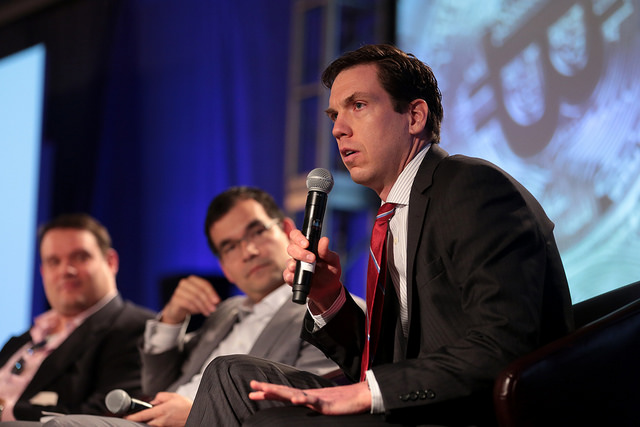 Acting Director of the Bureau of Consumer Financial Protection (Bureau) Mick Mulvaney announced this week that he has chosen Paul Watkins to lead the bureau’s new Office of Innovation.

According to a statement released by the agency, Mulvaney has created this new office to encourage consumer-friendly innovation, which Mulvaney says is a key priority for the Bureau. Much of this is already taking place under the agency’s “Project Catalyst” program. This work will now be folded into the Office of Innovation.

The agency statement said that the bureau intends to fulfill its statutory mandate to promote competition, innovation, and consumer access within financial services. To achieve this goal, the Bureau says it will focus on creating policies to facilitate innovation by engaging with entrepreneurs and regulators, and reviewing what it may deem to be outdated or unnecessary regulations.

“I am delighted that Paul Watkins is bringing his deep expertise, track record of protecting consumers, and commitment to innovation to the Bureau,” Mulvaney said. “I am confident that, under his leadership, the Office of Innovation will make significant progress in creating an environment where companies can advance new products and services without being unduly restricted by red tape that belongs in the 20th century.” 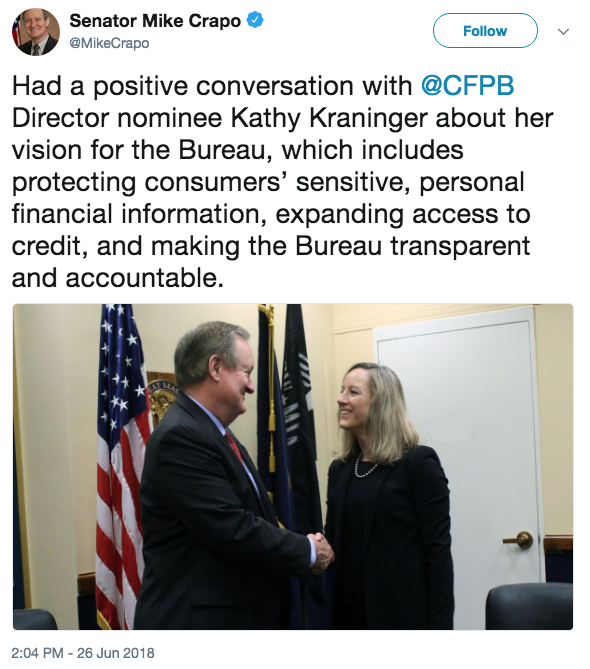 Prior to joining the Bureau, Watkins was the Chief Counsel for the Civil Litigation Division at the Arizona Office of the Attorney General. In this role, he managed the state’s litigation in areas such as consumer fraud, antitrust, and civil rights. He was also in charge of the office’s fintech initiatives, where he managed the FinTech Regulatory Sandbox, the first state fintech sandbox (or incubator) in the country.

The Bureau was created under former President Obama as part of the 2010 Dodd-Frank Wall Street Reform and Consumer Protection Act. It was initiated by Democratic politicians and has never been very popular among Republicans. Mulvaney has been applauded by Republicans for loosening regulations, but he is only there temporarily as the Acting Director. President Trump’s nominee for a permanent director of the Bureau is Kathy Kraninger, who was questioned yesterday by Senate Democrats.

According to The Washington Post, during yesterday’s questioning, Sen. Elizabeth Warren of Massachusetts, who was one of the key creators of the Bureau, accused Kraninger of “dodging” questions and giving “lawyerly and limited” answers. Republicans were pleased with Kraninger’s responses and are hopeful that she will be confirmed.

Meanwhile, a June court decision declared that the Bureau as an entity is unconstitutional because of its single directorship structure which gives the director too much unchecked power.