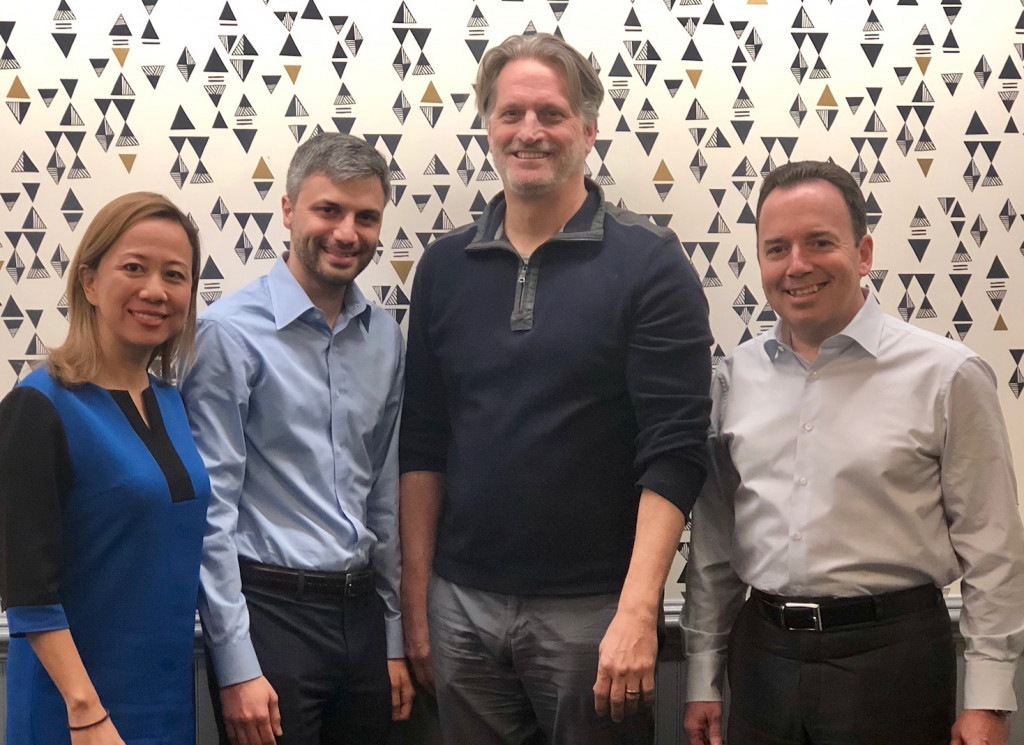 Above: Internex’s founders
New York-based Internex Capital is serving the higher end of the alternative lending market by providing revolving lines of credit from $250,000 to $5 million dollars, with an average deal size of roughly $1 million.


“We realized that there was not a revolving line of credit solution for small businesses,” said Simon Hermiz, a Fintech entrepreneur and one of the four founders of InterNex Capital. “This product does exist in the middle market and large corporate markets, but [didn’t] exist for small businesses.”

So the team of founders decided to fill this void, particularly in the lower-middle market, or for small businesses with revenues up to $50 million, but no less that $1 million, Hermiz told deBanked. Two members of the founding team, CEO Paul DeDomenico and COO Lin Chua, are former GE Capital veterans. The other two are Hermiz, who manages risk, and CTO Jim Miller, who has worked in credit technology for years.

Hermiz explained that there were essentially only three alternatives for small businesses in search of capital: cash advances, term loans and factoring. While banks have long provided credit to large companies based on the company’s assets, called “asset based line of credit,” there had not been a product like this for small companies.

“So what we want to do is craft an upper end kind of product in this market so that [small businesses] can feel bankable,” Hermiz said, “…because with our line of credit product, we’re not notifying all their customers that they sold their invoices. Because they’re not selling invoices.”

InterNex Capital does not do factoring, but its product resembles factoring.

“The important nuance is that we’re not buying the invoice, like a factor. We’re lending against it,” Hermiz said.

Because banks also lend against invoices, Hermiz said that the company, of 15 employees, competes with banks for business. They work mostly with ISOs, but they also have an internal sales team that handles client relations.

Founded in 2015, InterNex Capital’s proprietary platform is called Velocity and was designed in large part by the company’s partner, Genpact, a public company that was incubated in GE.