The Bad Broker And Merchant Due Diligence 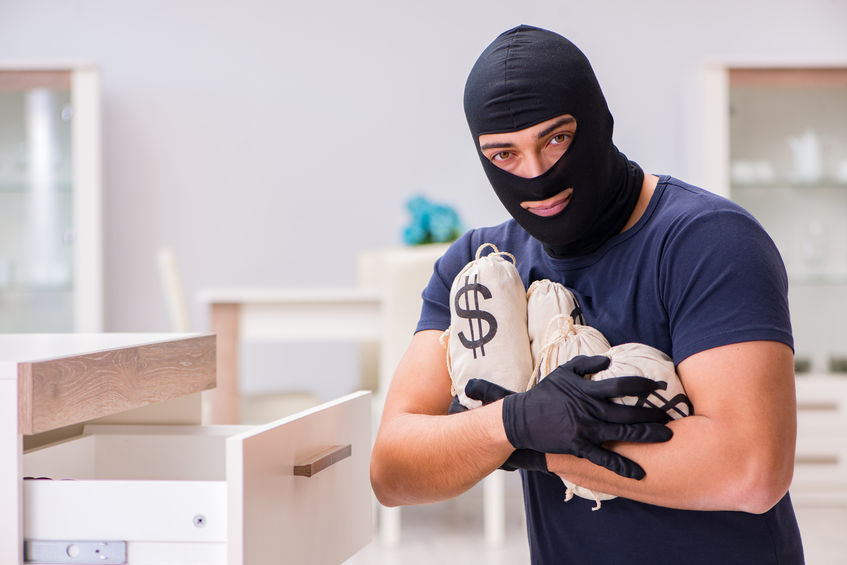 There may be a rogue broker on the loose. The scam involves a fraudulent Letter of Intent (LOI) falsely claiming to be that of a major funder designed to resemble the real McCoy. Events like this place a spotlight on the risks associated with this market and is a reminder that not all small businesses are armed with the right information.

deBanked was contacted by a victim of the fraud, Noah Grayson, managing director and founder of Encino, Calif.-based South End Capital. Grayson said the real victims are the merchants who get taken advantage of by these scams. In this case it was a New York-based small business owner who took on too many MCAs.

Grayson is quick to point out the MCAs were not at fault and each may have even thought they were the first position funder since it all unfolded so quickly. “They’re just trying to do business and provide financing to businesses, and they got burned as well. They’re going to take some degree of financial loss because of this and maybe more,” Grayson said.

When Grayson reviewed an email that he received from the borrower, which included a copy of the LOI, he knew immediately that it was fraudulent and the borrower had been misled. “It was a fraudulent LOI and we had no record of the borrower or the brokers who provided it in our system,” Grayson exclaimed.

As it turns out, the borrower was tricked by the fake LOI that sought to leverage the reputation of South End Capital’s brand to coerce him into taking out $260,000 of MCAs from four separate funders. They did it under the false pretense that South End Capital would then consolidate those positions in 10 days and extend as much as $900,000 more in working capital to grow the business.

To be clear, South End Capital does offer a genuine MCA consolidation loan program. Grayson had never agreed to consolidate the business owner’s MCA positions, however, or provide an additional $900,000. That part was fabricated. This left the merchant holding the bag for more than a quarter of a million dollars in MCAs, placing his business, which has been successful since the 1960s, on the brink of bankruptcy protection in the interim because of the crippling weekly payments.

Andi McNeal, research director at the Association of Certified Fraud Examiners, or ACFE, said she has seen this before, only on the consumer side of the industry. “Loan consolidation fraud for credit card debt is very common in the consumer space, and it’s not surprising to know that similar schemes are popping up in the small business space, too,” she said.

She went onto explain that because a small business is typically run by a small management team who typically aren’t trained in fraud prevention, they often adopt the same mindset as they do in personal finances. They don’t always have the necessary checks and balances in place, which can place them at risk of being victimized by such schemes.

“Sometimes they’re not savvy enough to detect those types of scams coming at them,” she noted. “Certainly, big businesses can fall prey to this, but it’s less common.”

The recent saga unfolded over a period of six weeks. Meanwhile Grayson has outlined some red flags for small businesses to watch out for to prevent becoming the next victim to a new fraud.

“If what you’re being told seems suspicious or doesn’t make sense, question it. Ask questions and get more information,” said Grayson.

Another rule of thumb is to stick to the document in front of them. Again, this may just be a case of a few bad apples spoiling the bunch, but sometimes brokers tell small businesses something contrary to what appears in front of them on the official document. “The LOI spells it out,” said Grayson, adding that when in doubt the borrower should defer to the document.

The merchant should also take it upon themselves to call the lender whose name is on the LOI to verify its authenticity before signing it or providing any upfront fees.

“In this case, it was a fraudulent document and it didn’t help out the borrower but calling us to confirm it initially would have. Most of the time, looking at what’s written out on paper from the verified source will help and getting a verbal or email confirmation from the actual lender, certainly will,” Grayson said.

Another defensive step merchants can take is to simply review the website of the brokers and funders and look for names, press releases and past closings, details which Grayson noted were all missing from the broker in question’s site.

“Anybody can say they make loans and provide financing. They could tomorrow put up a website for a couple bucks and say they’re a lender and start taking applications. But just because there’s a website doesn’t mean they’re legitimate,” Grayson said.

He’s suggesting merchants check out the names of the principals and employees on the site. Google is their friend to check for any history of loans closing. Look for closing announcements and any complaints tied to the entity in question. Call the Secretary of State Department and inquire about any complaints.

At the end of the day, it comes down to the merchant doing their homework. “A lot is on him. He should have done more research, absolutely. But anybody can be coerced or tricked if the right things are said,” said Grayson.

If a merchant does find themselves in a situation where they fall victim to a fraud, there are steps they should take. McNeal said that while each situation is unique, a good first step is always going to be to reach out to a trusted legal counsel.

“They can help guide you through the process of what the options are. Do you have recourse? Does the situation call for insurance to help cover the losses? They also can advise on which law enforcement or government agencies are the most helpful – should the case be referred to the local authorities or do they need to bring in the FBI,” the ACFE’s McNeal advised.

Grayson’s fear is that this is not an isolated incident. He has reason to be cynical, as this was the second incident this year resembling the most recent situation that they have experienced.

The first incident was relayed to South End Capital by a handful of borrowers about one specific MCA broker. No fraudulent documents were ever recovered, but the borrowers recalled the harrowing details of the incident

“Per the multiple borrowers, the broker used our real LOIs and lied to borrowers about how to interpret them to coerce tens of thousands of dollars in upfront fees from them. For example, for an LOI we issued for our SBA loan program that listed what SBA guarantee fees would be due at closing, he would convince them that that fee was his and they needed to pay it to him upfront to proceed,” Grayson explained.

The small business owner at the center of the scandal declined to comment, and it’s unclear whether they were the one to initiate the original communication with the broker or vice versa.