LendUp May Have a Leg-up 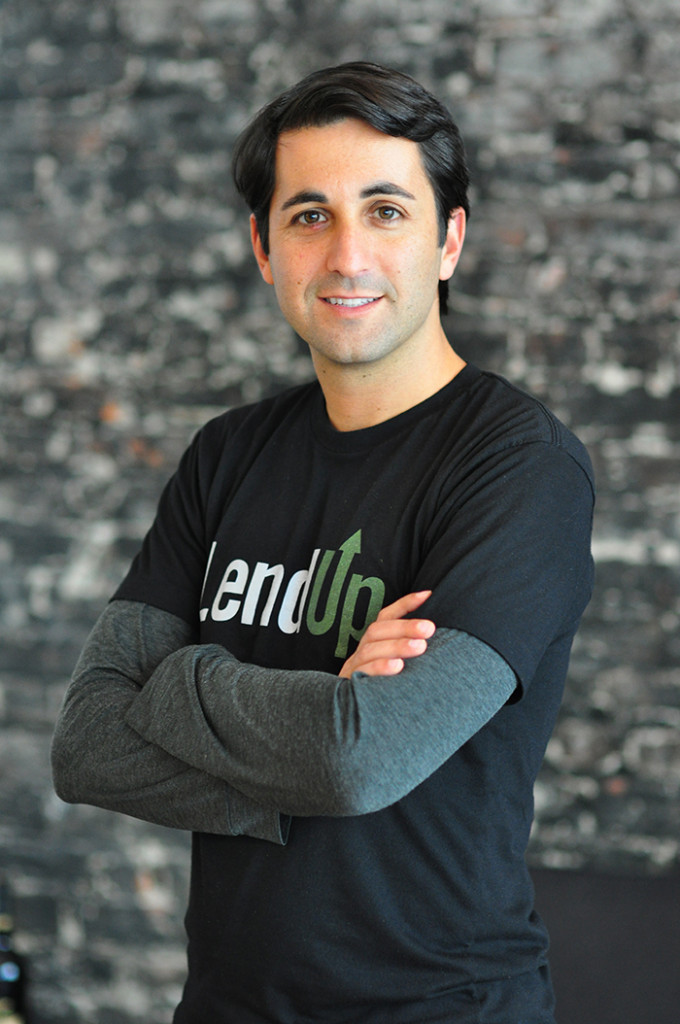 deBanked recently sat down with LendUp CEO Sasha Orloff and COO Vijesh Iyer at an auspicious time. The company, an online lender that provides consumers with alternatives to payday loans and credit cards, is uniquely positioned in the wake of the CFPB’s 1600+ page Payday loan rule that was issued in early October.

And that’s not exactly an accident. Orloff says the company was founded (5 years ago) with the expectation that the CFPB would issue an eventual rule. “At the time, we had no idea what it was going to be but I could imagine that if they were going to write a federal rule that it would completely change the industry,” he said.

Orloff’s journey, as he tells it, began by reading Banker to the Poor, which inspired him to move to rural Honduras nearly 15 years ago to help the Grameen Foundation, a non-profit that focuses on providing loans and education to the poorest of communities. He was only 21 at the time. After a three-year tour, he moved on to roles at The World Bank, Citi, and finally starting in 2012, LendUp.

When LendUp was being envisioned, he explains, the smart phone was making it possible for consumers to access financial services outside of what was in their neighborhood and bank technology was the last thing that was going to become modernized.

“The CFPB rule was going to make it harder for banks to work with underserved consumers,” he says. “So we said let’s start a financial services company that focuses exclusively on the people that have the least amount of options and let’s start reinventing [these] products one at a time.”

And with that, they consulted academics, educators, government officials, and people from the industry. “How do you give somebody credit in an emergency fashion that can change it from a trap into an opportunity? And so we did that and it turned out the rule looked really similar to what we did,” he explains.

“I think there’s a lot of things they got right [about the CFPB rule],” he says in regards to how to eliminate debt traps. LendUp, for example, doesn’t allow customers to roll over their loans, they have to pay off their loans in full before they can consider borrowing again. Rollovers were a big sticking point for the CFPB when they published their rule last month. Their official announcement on the matter had stated that “many borrowers end up repeatedly rolling over or refinancing their [payday] loans, each time racking up expensive new charges. More than four out of five payday loans are re-borrowed within a month, usually right when the loan is due or shortly thereafter. And nearly one-in-four initial payday loans are re-borrowed nine times or more, with the borrower paying far more in fees than they received in credit.”

One piece of the payday alternative puzzle is in the underwriting. COO Vijesh Iyer, an alumni of both Capital One and PayPal, says “we basically use a variety of data sources, both the traditional bureaus and as what we call the non-traditional bureaus.” For the credit card product, LendUp will pull credit from a traditional bureau. “For the small dollar loan product we use non-traditional CRAs,” he says. Their team of data scientists tries to extract the most significant signals out of all of the data sources they have at their disposal. “That’s really valuable when you’re dealing with a subprime customer where the reason why someone could be underserved or subprime is very different. We all have different life stories and we’re really trying to figure out the differences which we get from multiple signals, multiple data sources.”

“The easiest person to convince that we’re a better product is an existing payday user,” Orloff says. “because it’s slightly cheaper at the beginning, it gets much cheaper over time. It has a lot more flexibility. It gives people for the first time the opportunity to report to the credit bureaus. It teaches you better financial behavior. You can do it on a mobile phone. You can get alerts and reminders…”

Meanwhile, payday borrowers always have to pay the same amount, Orloff contends. The loan terms don’t improve, he says. One notable advantage a LendUp borrower might experience is that when they first run into trouble with making a LendUp loan payment, they can get a few extra days leeway at no extra charge, which usually comes as a welcome surprise.

Granted, a LendUp loan’s APR can still look pretty steep. A calculator on their website offers an example of one that is 458.86% APR. Orloff says a part of understanding that is understanding what a consumer’s options are and what the costs to process the applications are. A 220% APR might only equate to something like $30 total in fees depending on what the loan terms are, he explains. Their borrowers don’t get paid in APR though he says, they get paid in dollars. “They care about what’s the total cost of credit in terms of dollars.”

“Our customers pay more than that on overdraft fees,” Iyer adds. “Every time they have a slight overdraft, even if it’s for a dollar, even if it’s 10 cents. Even if it’s two dollars. No one ever tries to evaluate what the APR for that is. But that is their fee and this is also a fee.”

But more than anything else, it’s about whether the borrower’s and lender’s interests are aligned, Iyers contends. Right now, LendUp believes they’re doing the right thing at the right time.

—
This interview was conducted at Money2020 in Las Vegas

Home › Online Lending › LendUp May Have a Leg-up