CFC on the Front Lines of the MCA Regulation Battle

As the US Senate attempts to reach a bipartisan agreement on relaxing some of the rules in the Dodd Frank legislation of 2010 that would treat banks more favorably, the MCA industry is having to fend off legislation and regulation of its own at the state and federal levels that could position funders in a similarly crippling position.

MCA regulation has been thrust into the spotlight for a number of reasons, not the least of which has been the Consumer Financial Production Bureau (CFPB). The CFPB is moving forward with the Dodd-Frank Section 1071 rulemaking process for data collection regarding small business lending, a sector of the market for which they do not have jurisdiction, sources say.

Front and center in the policy discussions has been the Commercial Finance Coalition (CFC), a merchant cash advance trade association that is coming up on its two-year anniversary in December. While federal policymakers appear to be listening, state legislatures have been a more difficult nut to crack.

In its short two-year history, the CFC has been one of the most vocal if not the most influential trade organization lobbying on behalf of the MCA industry, having attended 70 congressional meetings and having led advocacy efforts for the industry in the halls of Albany, Sacramento, Illinois and Washington, D.C. 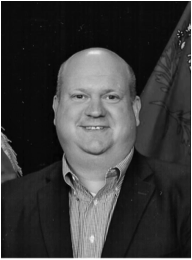 Dan Gans, executive director of the CFC, has been the voice of the MCA industry on Capitol Hill and has been invited to testify in key congressional hearings. “For whatever reason, the CFC has really become the voice and has taken an active part in the so far successful advocacy efforts to educate and mitigate potential harm to our members’ ability to deploy capital to small businesses that need access,” Gans told deBanked.

Most recently the CFC participated in a fly-in, one of two such events this year, to Washington, D.C. in which the association’s counsel Katherine Fisher of Hudson Cook, LLP testified. 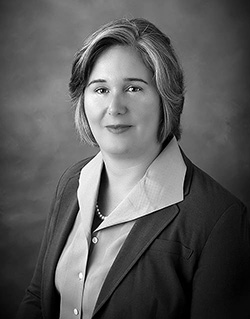 She went on to explain: “Even if they comply with every applicable law and regulation, small business financers must also be wary of the Federal Trade Commission’s powerful authority to prevent unfair or deceptive acts or practices.”

Fisher told deBanked she received a “positive” response to her testimony from funders but has not heard anything from lawmakers.

Gans said Fisher did a fantastic job in articulating the needs and status of the industry.

“She presented a very good case as to why the industry is currently adequately regulated. We don’t feel there is a need for federal regulation. In some cases, less regulation would allow our members to deploy more capital and help more small businesses,” Gans said.

The sweet spot for MCAs, Gans explained, are transactions under $100,000 and probably in the $24,000 – $40,000 range. He said the industry does a fantastic job of being able to deploy financial resources to small businesses in a timely manner that neither banks nor SBA lenders can match. He’s not suggesting MCA is for everybody but for some businesses it’s an essential product that can help. There have been many success stories.

“Competition is all over the place. But that’s great for the merchant. The more options that merchants have, the more we can enforce best practices and more competitive rates. And the more we can keep the government from impeding people from getting into this space, the better off small businesses are going to be,” said Gans.

The CFC was formed with the mindset that the organization, which is currently comprised of CEOs of small- and medium-sized funders, would take a proactive rather than a reactive approach to industry regulation. In its two-year history the CFC has tasked itself not only with educating policymakers on the role of MCA funders for small businesses but also with undoing the misinformation and misconception surrounding the anatomy of an MCA.

“Unfortunately, because MCA uses the term cash advance in its product name, uninformed people will often confuse MCA as some form of payday lending. And so that has been one of our biggest challenges, educating members of congress and committees that there is absolutely no correlation between MCA products and what their views of consumer payday loans is,” said Gans, adding that the CFC has had to communicate that MCA is a version of factoring has been around for more than 1,000 years.

Watch a recording of the subcommittee hearing where Fisher testified below

A common thread that the CFC has been able to weave with lawmakers has been the diverse geographical representation of both the trade group and the House and Senate.

“Most venture capital is deployed in a few spots – New York, California and Texas – and it’s a cliff to get to those three states. So, one nice thing that I take pride in is my members are looking all around the country regardless of the geographic location. That helps us with policymakers, most of whom are not from the New York City metropolitan area or Silicon Valley. It’s nice being able to look at them in the eye and tell them we care just as much about your district as you do,” he said.

The CFC has an ambitious long-term agenda, one that includes raising their profile in the industry and participating in events.

“I think one of the ambitions we have is to have an organization where funders and brokers can be at the same table and work though some of the issues impacting the industry and try to make sure people are doing things in the right and best way.”

The trade group is planning to partner up with deBanked for Broker Fair 2018 and they’re looking to bolster membership.

“The industry has had a lot of free riders that are benefiting from our advocacy efforts but not supporting it. So, from my perspective, if you’re in this industry, particularly in the MCA space, we’d like to expand membership. If we grow our membership, we can do more things, engage more states and expand our lobbying team,” said Gans. “The more members we have, the more we can do to advance the ball and protect the interests of the industry.”

The CFC will need all the help it can muster given the fight ahead to fend off regulation particularly in Washington, Albany and Sacramento. “I think we could see some harmful regulations and potentially legislation over time. Some of those bad ideas that emanate in states have a tendency to percolate into Washington. If at some point there is a less business-friendly administration in the future, we could see all those ideas get some traction at the federal level,” Gans warned.