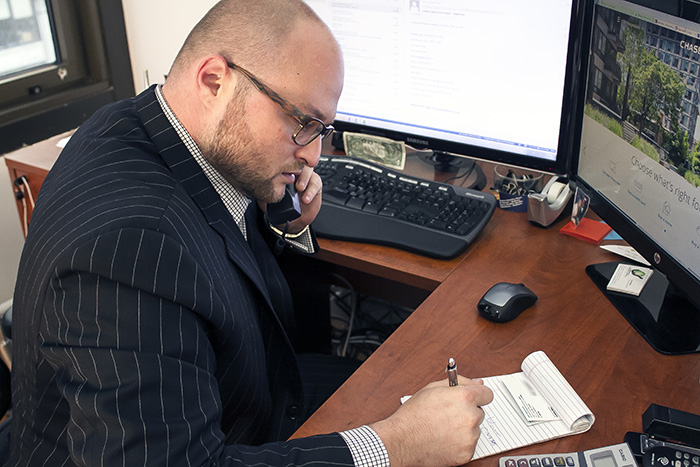 Jared Weitz has come a long way since his earlier days as one of the original Bizfi employees. Today he’s at the helm of online funding marketplace United Capital Source (UCS), which has been on a tear since deBanked last spoke with Weitz a couple of years ago. The UCS founder and chief executive took some time to revisit with us about having to painfully watch the demise of his former employer, which is where he cut his teeth in this business, and the rise of his own company UCS as a funding marketplace.

In some ways, the more things change the more they stay the same. Since the last time Weitz spoke with us, the company’s location remains in the heart of Times Square in New York, and UCS has grown its staff by only four people including two sales reps. What has changed, however, is the amount of funding that the company has done and the size of the average transaction, all of which have blossomed.

“When we first spoke a few years ago we were doing $8 million to $10 million a month in funding volume. Now we are doing between $14 million and $16 million per month,” said Weitz.

He added that where the company differentiates itself is that while a few years ago the products they were selling were predominately in the sub-prime space now they sell other products, which allows merchants to “swim upstream” when they qualify for that.

“We opened up the funnel to the kind of relationships we’re able to broker and the kinds of financings we’re able to offer. We’re playing in the field of SBAs, account receivables financing, lines of credit and asset backed loans. By offering these products our volume has jumped significantly and allowed us to talk to different referral partners.”

UCS does all of its own marketing and generates leads for their in-house sales reps. Those sales reps take a file from open to close and they analyze the small business owner’s needs on a consultative call.

“We understand their business and their pain points. The first question we ask isn’t how much do you need but what’s paining you in your business today that we can help you with?”

One such business owner recounted his experience with UCS to deBanked, saying that traditional banks were “an absolute pain” to secure funding. He spoke of the “very stressful” and time-consuming process of applying for a loan, saying he doesn’t have time to “jump through a million hoops to get a loan.” 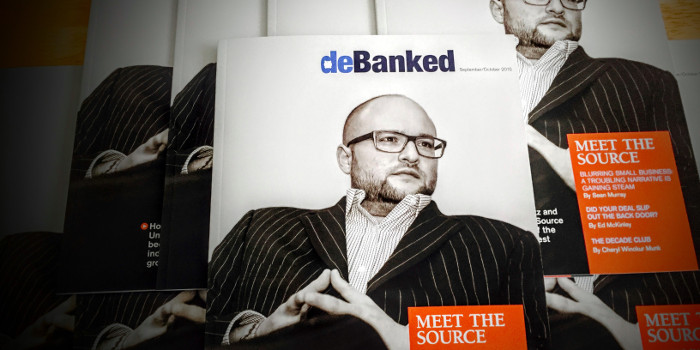 “When I was initially looking to curb my temporary cash flow problem, I searched online for the best alternatives to traditional bank loans. I read all the reviews on companies and decided to call UCS,” the business owner told deBanked, adding that he’s been a UCS repeat customer for a number of years and is especially fond of the ease at which the process is completed.

“I could literally call Jared today and have six figures in my account tomorrow. The best part is the pay back process. They only take funds when I run credit card transactions. So, in my slow months, I don’t have to stress and worry about repaying the loan. UCS is a perfect fit for me,” the business owner said.

As the seventh or eighth employee of Bizfi, Weitz really has been part of the evolution of online funding. He says the rise and fall of Bizfi has been an “eye opener” for him.

And although he left the company to eventually launch UCS, which has proven to be a prudent move, he has nothing but respect for his former employer.

“My history there is very deep and I’ve got a genuine love for the founders of the company. It’s where I cut my teeth. I was really sad the day I heard they’re not funding anymore.”

In fact, Bizfi was one of the funders that UCS counted among its partners.

“We had a good book there. We started to see problems and began to shift where our new business was going. Thankfully it didn’t affect me. But it showed me that you should sign up with more funding companies. If you think the mix should be X go 50% more and be super cautious. This approach has worked out for us,” he said.

Weitz has advice for other funders that might be looking to grow at lightning speed.

“Someone that’s growing so fast while they’re also innovating and looking to close larger transactions that bring them to a bigger place – that’s hard to do all at once. Driving at 200 MPH either works out well and takes you to the finish line or it doesn’t work out really well. It’s really unfortunate that it didn’t work out for them.” 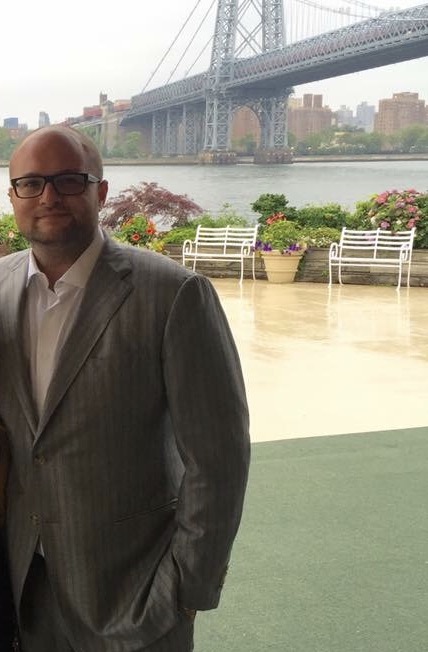 For its part, UCS competes with the likes of LendingTree and other online marketplaces, but that seems only to add an ounce of perspective to Weitz and the UCS team, driving them to adjust and remain nimble so that they can get the next deal.

“Healthy competition is good for us. We welcome anything like that. Some of my best learning experiences have been when we were beat out on a deal. I call the merchant personally and say hey, who gave you the deal? Honestly, I want to sign up with them and offer those rates to my clients. We form a friendship with both the funder and the small businesses,” he said.

UCS also counts some high-profile funders among its partners.

“We’ve worked with some funders forever and it’s been great. But we really had to also find folks that offer certain products but at a cheaper rate,” said Weitz, pointing to the scenario of a merchant having a few of those loans under their belt and improved credit as a result. “They are being solicited by depository banks and can qualify for that rate. We don’t want to lose the relationship. My thought process is sign up with similar folks with that product and when the time comes we can swim the merchant upstream.”

For instance, not all funders offer SBA loans but UCS has been doing so for the past two years. “It’s really kind of taken off for us over the last year. The same thing with accounts receivable and future order financing.”

UCS acts as both a broker and investor in their own deals, so they have a vested interest in the underwriting standards. “Investing with some of our funding partners on the syndication side allows us to have buying power and to take an actual interest in the merchant we’re dealing with,” said Weitz, adding that UCS takes a hybrid approach offering both a fully automated underwriting process for those merchants who want it but also having the capability to talk to the business owners, which is what the large majority of business owners prefer.