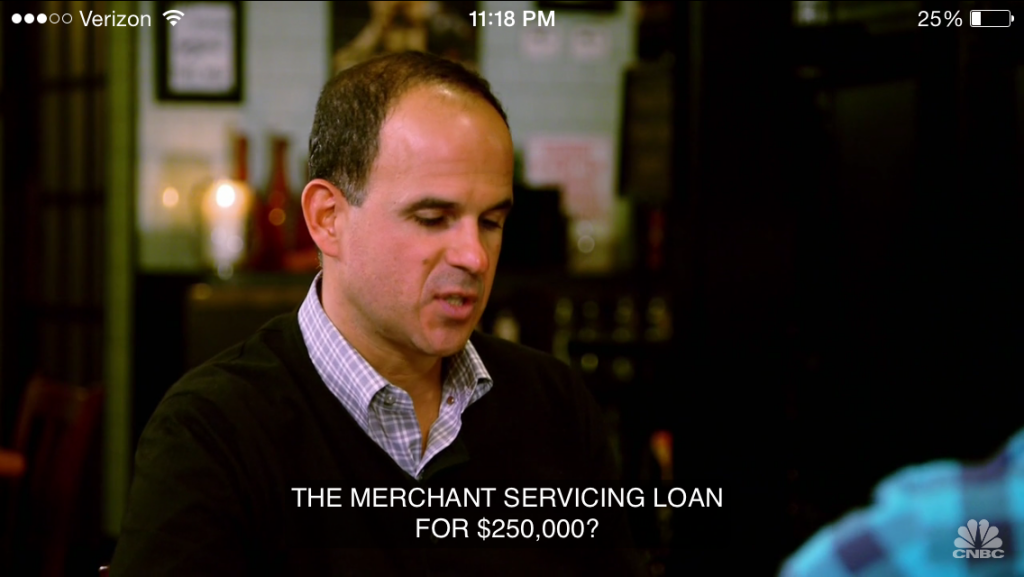 Above, a screenshot of Marcus Lemonis doing a deal with Brooklyn-based shoe brand Inkkas on Season 3

On twitter, Lemonis wrote to Squawk Box host Carl Quintanilla, who was airing a segment about Kabbage, to say that Kabbage charged ridiculous rates. The short rant, which totaled 4 tweets, zinged Kabbage by calling them a lender of last resort and “not a friend of small business.”

Not a friend of small business. Lender of last resort with fees and rates

He should be glad I'm not there

Though Lemonis did not respond to my tweet that asked him if there were any online lenders he thought positively of, he likely is no stranger to the phenomenon. Last year, I pointed out that several small businesses that have appeared on his show, The Profit, have used nonbank alternatives.

Square Capital, which has since traded merchant cash advances for actual loans, reported making 49,000 loans to small businesses last quarter alone for a total of $318 million. Kabbage, meanwhile, has lent $3.5 billion to more than 115,000 small businesses in their lifetime.