Has OnDeck Turned The Corner? 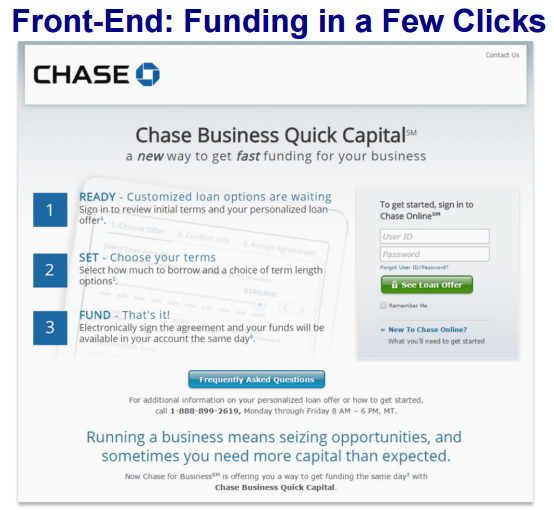 OnDeck’s loan origination volume declined by approximately 20% in the second quarter to $464.4 million but more importantly the company only recorded a GAAP net loss of $1.5 million. That’s down from the $11.1 million loss recorded in Q1 and in line with the company’s plan to achieve profitability in the second half of the year. OnDeck predicts that sequential originations growth will resume in Q3.

OnDeck also announced that it has expanded its collaboration with JPMorgan Chase for up to four years to provide the underlying technology supporting Chase’s online lending solution to its small business customers, according to the release. “Chase plans to continue to refine the offering, including expanding access and enhancing features throughout next year.” The image at right is from their Q2 earnings presentation demonstrating the front-end collaboration. 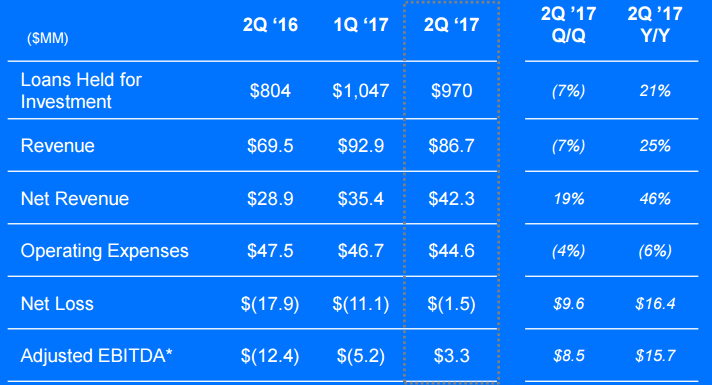 Sales and marketing expenses actually increased from $14.8 million in Q1 to $15.3 million in Q2 but that was inclusive of $1.4 million in severance charges. The high cost of marketing is consistent with anecdotal reports obtained by deBanked regarding market saturation. Just recently, a small business owner told us in an interview that she has received so many mailed advertisements for working capital that she has a pile of them that’s now four inches thick.

OnDeck recorded a significantly higher charge-off percentage in Q2 at 18.5% up from 14.9%, which the company partially attributed to a contracting portfolio. However, the raw dollar amount grew substantially as well. The 15+ day delinquency ration dropped from 7.8% in Q1 to 7.2% in Q2 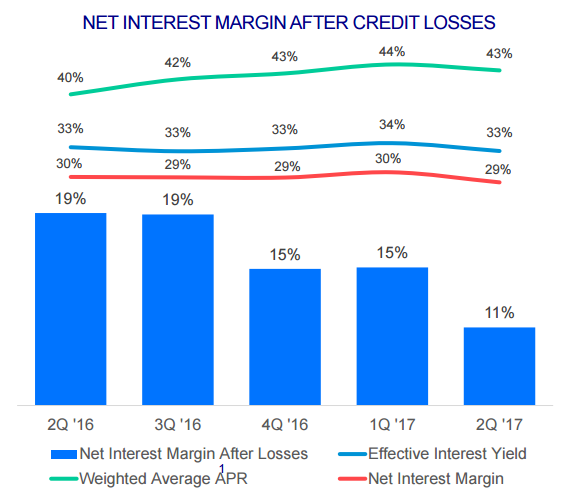 During the Q&A session of the earnings call, CEO Noah Breslow said he believed the company was positioned well to gain some market share due to the shakeout occurring in the industry.