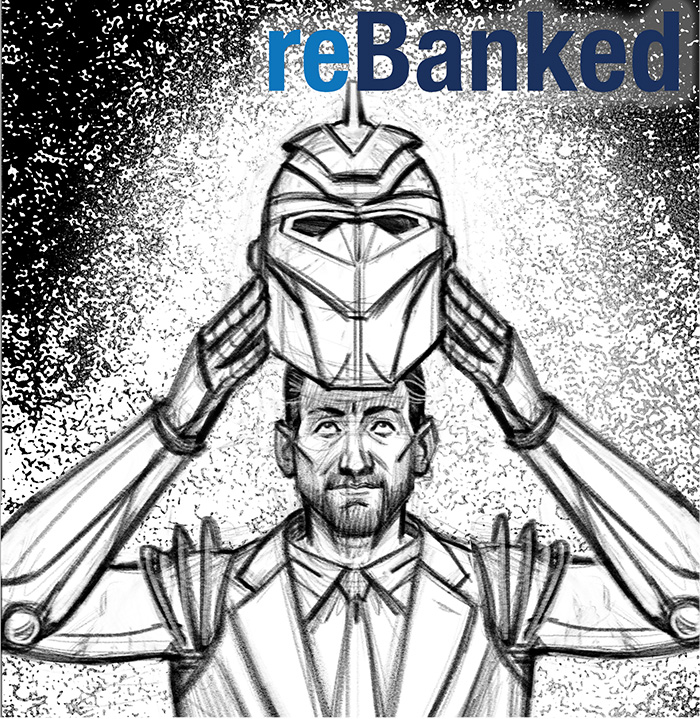 Just a few years ago, the financial services community was fixing for a battle of David and Goliath proportions—with scrappy, upstart online lenders threatening to rise up and vanquish the fearful and mighty brick and mortar banks. Instead, the unexpected happened: a number of well-respected online lenders and banks set aside their battle arms and began looking for ways to collaborate with their rivals—offloading loans, making referral agreements and establishing more formal partnerships, for example.

“In the real world, sometimes David wins. Sometimes Goliath wins. Just as plausibly, sometimes both sides carve up a market and they often have different offerings that target unique customers,” says Brayden McCarthy, vice president of strategy at Fundera, a New York-based marketplace for small business lending that works with a variety of lenders, including traditional banks. 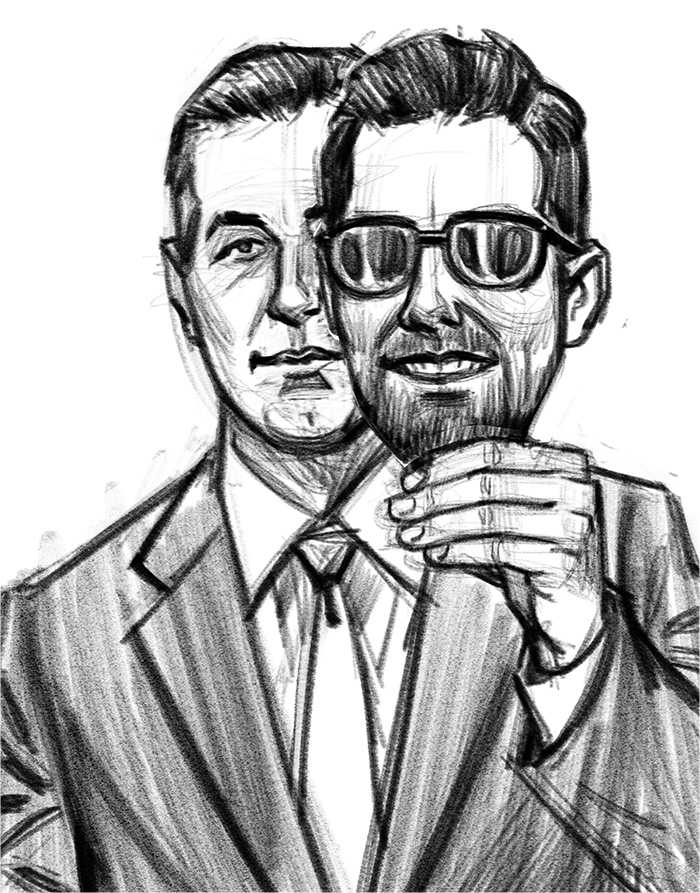 Certainly, the change didn’t happen overnight. But over time, both online lenders and banks have been forced to tailor their expectations more closely to market realities. Despite their fast growth trajectory, several online lenders have come to realize that they lack several things many banks have, namely a strong, time-tested brand, a solid customer base and ample capital. Banks, meanwhile, have realized that their slow start out of the gate with respect to technology is a severe competitive disadvantage, and that they need more nimble, savvy partners to stay in the game.

Given these shifts, more and more online lenders and banks are taking the approach that if you can’t beat ‘em, join ‘em. Although some industry leaders are actively pursuing strategies that put them in direct competition with banks, partnerships of varying degrees between traditional banks and alternative players are increasingly common. As a result, the lines separating the two are getting increasingly blurry.

“Market forces are acting as a shotgun at the wedding. Whether the two sides are entirely comfortable with the marriage is irrelevant, they need one another,” says Patricia Hewitt, chief executive of PG Research & Advisory Services LLC in Savannah, Georgia. “They’re stronger together than they are alone.”

The evolution of Square is a prime example. The San Francisco-based company really packed a punch in the merchant services world with its mobile card reader designed for small businesses. From there, the payments company sought additional ways to diversify, eventually turning to merchant cash advance as a way to help small business customers obtain funds quickly. Then, in March of last year, Square moved into online lending, teaming up with Celtic Bank of Utah to offer small business loans online. The partnership got off to a running start. In its most recent earnings report, Square said it facilitated 40,000 business loans totaling $248 million in the fourth quarter of 2016—up 68 percent year over year—while maintaining loan default rates at roughly 4 percent.

Even SoFi, the San Francisco-based online lender that has been pointedly outspoken in its anti-bank rhetoric, now has bank-like aspirations. In February, the lender acquired mobile banking startup Zenbanx, giving it the ability to offer checking accounts and credit cards in 2017. Also in February, SoFi teamed up with Promontory Interfinancial Network to enable community banks to purchase super-prime student loans originated by the online lender. Large banks have been buying SoFi loans for several years.

COLLABORATION IS THE WAVE OF THE FUTURE

Many see collaboration between banks and online lenders as a logical step in the industry’s evolution. Online disrupters have forever changed the face of lending—in the same way that online brokerage shaped the financial advisor industry, according to Bill Ullman, chief commercial officer of Orchard Platform.

“There’s a tendency to want to view things as either black or white, online lenders vs. banks. The reality is that the entire financial services industry is undergoing a transformation with technology as the core driver,” he says. “I am of the view that both traditional financial services companies and fintech players can survive and thrive,” Ullman says.

For its part, Orchard recently inked a deal with Sandler O’Neill that provides access to the Orchard platform for the investment bank and brokerage firm’s bank and specialty finance clients. The deal is expected to help small banks better evaluate their options with respect to online lending opportunities.

Partnerships between online lenders and banks take many forms. Some of them are behind the scenes, where marketplaces sell loans to banks or banks informally refer customers. Others are more public. For example, in September 2015, Prosper and Radius Bank of Boston teamed up to offer personal loans to certain customers through the bank’s website using the Prosper platform. Customers can borrow from $2,000 to $35,000 in this manner.

Then in December 2015, JPMorgan Chase and OnDeck joined forces in order to dramatically speed up the process of providing loans to some of the banking giant’s small business customers. In April 2016, Regions Bank and Avant announced a partnership to better serve customers who don’t meet Regions’ credit criteria.

Avant’s customers typically have a credit score between 600 and 700, while Regions sets the bar higher. “The benefit for banks is that they do not need to worry about a platform taking away customers that meet their own credit criteria,” according to Carolyn Blackman Gasbarra, head of public relation at Avant.

She notes that Avant expects to replicate this model with more banks in 2017. “Lately many platforms and banks have come to realize their counterparts are more friend than foe,” she says.

Given the changing tides, industry watchers expect to see more relationships develop between online lenders and banks over time. These could include referral agreements, technology licensing arrangements, formalized revenue-sharing partnerships and perhaps even outright acquisitions.

Certainly, working together can be mutually beneficial for both online lenders and banks. For new online lenders and other fintech players, partnering with an established bank allows them to bypass significant regulatory and compliance hurdles because the necessary requirements are already in place.

“Why jump through all the hoops when you can just have a buddy system with an existing lender?” says Kerri Moriarty, head of company development at Cinch Financial, a Boston-based company dedicated to helping people make smarter investment decisions.

Fintechs that license their technology to banks still have to meet the high standards of third-party vendors determined by bank regulators, notes Stan Orszula, co-head of the fintech team at the Chicago law firm Barack Ferrazzano Kirschbaum & Nagelberg LLP.

“But it’s still less onerous than being a direct lender,” says Orszula, who works closely with banks and fintech providers on legal, regulatory and corporate issues. “They are learning that they need banks. They really do.”

Even seasoned online lenders that have a regulatory framework in place can benefit from bank relationships by using banks’ established brands as leverage. “Everyone knows Chase, Bank of America and American Express,” says McCarthy of Fundera. “They have a solid name and a solid in-built customer base to be able to offer product to them,” he says.

Teaming up with a bank gives added credibility to an online lender, at a time when the public’s confidence has faltered due to highly publicized troubles at certain firms. “Partnering has a very important signaling effect that these online players are here to stay,” McCarthy says.

Banks, meanwhile, need the nimbleness and innovation that online lenders provide. “Banks realize they have to catch up with the fintech disrupters,” says Mark E. Curry, president and chief executive of SOL Partners, which provides strategic management and information technology consulting services to financial services companies. 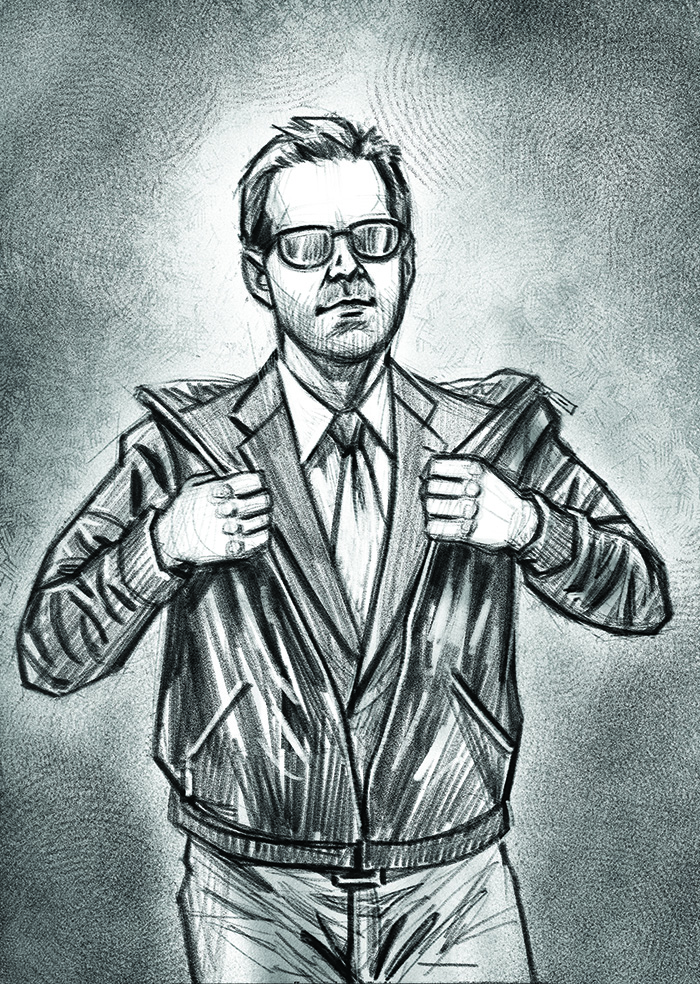 Is fintech shedding the hoodie?

When it comes to partnerships between banks and online players, there are numerous options. In the small business lending space, for example, McCarthy of Fundera says he expects banks to continue buying loans from online lenders, as they have been for many years. He also expects more banks will route declined applicants to online lenders or online loan brokers. “This is a partnership that will allow them to make up some incremental revenue by referring business,” he says.

Years ago, before John Donovan joined Bizfi, he recalls talking to a salesman for a large national bank. The bank didn’t offer a lending product that he could give to small businesses and the salesman was losing customers as a result. “That’s where we see a lot of those opportunities,” says Donovan, chief executive of the online marketplace for small business loans.

For instance in March 2016, Bizfi partnered with Western Independent Bankers, a trade association, for over about 600 community and regional banks, to link small business clients to financing options through Bizfi. Many banks don’t offer small business loans below $150,000, whereas the average loan Bizfi does is $40,000, Donovan says, adding that the company would like to develop additional relationships similar to its agreement with Western Independent Bankers.

In the future, he predicts fintechs will continue to be more receptive to the idea of working with banks and vice versa, as the industry digests the impact of deals that are still in their early days.

As banks and online lenders become increasingly accustomed to working together, there may be more opportunities for strategic acquisitions. For instance, Sandeep Kumar, managing director of Synechron, a global consulting and technology firm, expects to see banks—especially mid-tier players that don’t have the resources to innovate like big banks buying lending-related start-ups. He says banks will likely be most interested in companies that can help them with AI and other techniques to pinpoint where they should spend more efforts on cross-selling and customer profiling, for example. “There are many start-ups in this area that have very compelling technology,” he says.

On the other hand, Chris Skinner, an independent commentator at The Finanser Ltd., a research and consulting firm in London, points out that the two cultures don’t always mesh. “Quite a few startups have young, entrepreneurial founders that would loath the idea being acquired by a bank. So it really depends on the circumstances,” he says.

Valuation differences between large banks and leading online lenders may also be a sticking point for some deals, Ullman of Orchard points out. Banks’ concern over their valuation “will place a certain amount of restraint and discipline on the tech M&A activities they pursue,” he says.

While increased collaboration between online lenders and banks sounds good on the surface, John Zepecki, group head of product management for lending at D+H in San Francisco, urges both sides to proceed with caution. “You have to find an arrangement where you don’t have conflict,” he says. “If your innovation partner also is a competitor, it’s a challenge. If you have an inherent conflict, it doesn’t get better over time.”

That’s one reason why companies like Chicago-based Akouba have come on the scene. In Akouba’s case, its goal is to provide banks with the technology such that they don’t have to partner with an online lender that has the potential to compete for business. “We don’t compete with the bank in any way whatsoever,” says Chris Rentner, the company’s founder and chief executive.

Akouba’s business lending platform—which the American Bankers Association endorsed in February—provides banks with leading edge technology that integrates the bank’s own unique credit policies into a convenient, online process—from application to documentation— all the way to closing and funding. The bank uses its own credit policies, originates its own loans and owns the entire brand and customer relationship.

Rentner says he started the business with the idea in mind that the online lending model wouldn’t be sustainable long-term and that working alongside banks—as opposed to competing head to head— was the direction to go. “The idea that they could somehow get all of the consumers out of the banking world and onto their platforms was never going to happen. That’s why we exist today,” he says.