Recent events may be putting a slight damper on the confidence of industry CEOs in being able to access capital needed to grow their businesses, but continued success of the industry in general is ticking back up. This data is according to the latest survey conducted by Bryant Park Capital and deBanked of small business lending and merchant cash advance company CEOs. 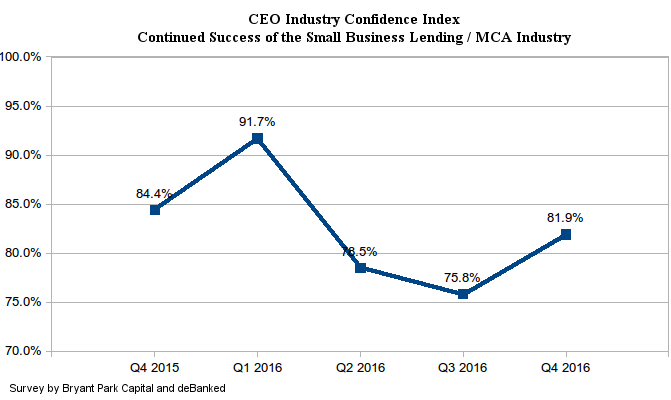 Confidence in the industry’s continued success bumped back up to 81.9% in Q4, while confidence in being able to access capital reached its lowest level since the survey’s inception. Still, at 82.7%, it’s high. 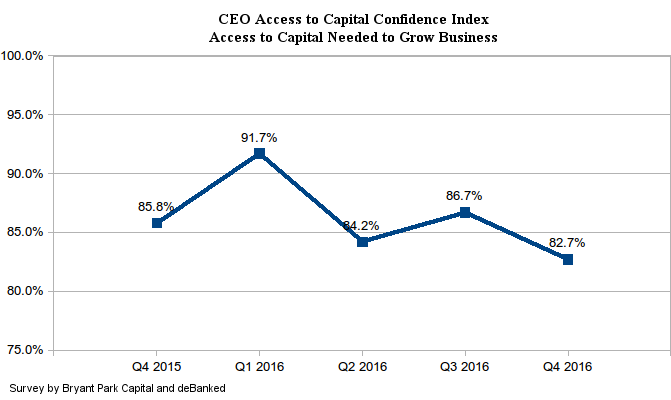 In late November of 2016, CAN Capital, one of the industry’s largest companies, encountered problems that caused the company to suspend funding. Several of their competitors since then have reported a boost in submission volume, which they partially attributed to that event.

Pressure on companies to merge or exit the market may also be kindling optimism for larger players who stand to gain market share.

The quarterly survey is distributed to industry CEOs of companies both large and small
Last modified: February 26, 2017