Kondratyev had been providing financial consulting to Knight Capital prior to accepting the role of Chief Data Scientist. He will be working out of Knight Capital’s new Silicon Valley office. Prior to joining Knight Capital, Kondratyev worked at Cadence Design Systems, a multinational electronic design automation software and engineering services company, as a senior software Architect. At Cadence he led and managed the scheduling group, which was responsible for a kernel of C-to-Silicon synthesis that involves about 20 man-years of development with more than 100,000 lines of C++ code.

“Alex will be integral to our data modeling in all aspects of our business. His expertise will play a critical role in our underwriting models, giving us the enhanced capabilities to mitigate potential fraud, while also increasing our approval ability to get working capital in the hands of small and medium sized businesses,” said Rich Ferrante, CFO at Knight Capital.

“I was intrigued by the rapid growth and unique technology platform at Knight Capital,” said Kondratyev. “I am very happy to have joined and to be a part of the largest funding and revenue months in the Company’s history, which gives us many data points to enhance the prediction power of our models.” 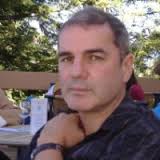 Kondratyev has been in software design his whole career with a specialization in complex algorithms. He began his career as a professor in Logic Design and Foundations of programming. He then joined Cadence Design Systems where he was a founder of C-to-Silicon synthesis group. Later he moved to Xilinx Inc. and worked as Principal engineer before joining Knight Capital. Kondratyev has a Master’s in Computer Science as well as a Ph.D. in Computer Science from the esteemed Saint Petersburg Electrotechnical University in Russia. He holds seven U.S. patents, more than 50 Russian patents, and is co-author of two monographs on asynchronous synthesis with more than 120 conference and journal publications.

About Knight Capital, LLC
Founded in 2013 and with offices in New York, Silicon Valley, Florida, India and Dominican Republic, Knight is a leading financial technology company that provides customized financing solutions to small and medium size businesses in the United States. Knight leverages its leading technology platform to provide solutions to small and medium sized business owners with greater speed and flexibility than in the marketplace. Visit www.knightcapitalfunding.com to learn more.

Last modified: December 18, 2016 This is a press release account. Content posted by me are not editorials or promotions. Share your press release with us at info@debanked.com | (212) 220-9084