A shocking amount of borrowers pay off their Lending Club loans early, the data shows, but the trend has accelerated recently. What’s happening out there?

3.07% of people that took a 36-month loan from Lending Club in the 2nd quarter of this year had already paid them off in full just two months later, according to a report published by Compass Point. That’s double the pace that Lending Club experienced three years ago. Meanwhile, 1.51% of Q2 borrowers paid off their 36-month loan in less than 1 month!

And the trend continues as the loans age. Depending on which Lending Club vintage you examine, more than 25% of borrowers are paying off their loans prior to maturity. Several Lending Club users that I’ve connected with suspect that these borrowers are simply paying off these loans using the proceeds of another loan. Discover is a prime suspect, what with their no origination fees and marketing campaigns directed directly at Lending Club. It might also be Prosper or even Lending Club giving the borrower a second loan to pay off their first. There’s no way to know for sure but the trend is notable for two reasons. 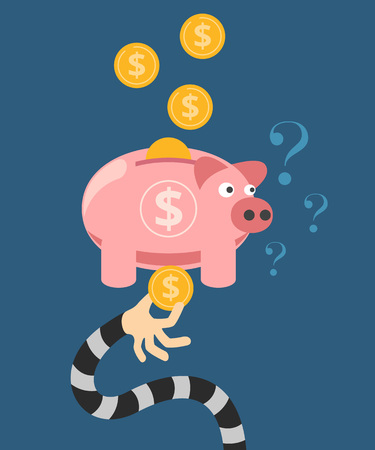 Retail Investors Get Sacked
1. Retail investors on the platform are actually penalized when loans are paid off in full after the 12th month but prior to maturity. Lending Club assesses a 1% fee to the investor purely on the outstanding principal when this happens, so the investor is not only deprived of their future interest but also unfairly hit with a penalty charge over which they have no control. And it’s material because two to three times as many borrowers are paying off their loans early after the first 12 months as they are before it. That’s a lot of penalties for investors to get stuck with especially since their returned cash will no longer generate a return until they’re able to reinvest it into a loan of equal quality. That used to mean a cash drag of a few days, but shifts in the industry have created instances in which there might be no new loans available to replace the previous ones.

FICO Arbitrage?
2. Even the lowest quality borrowers, Grade G, seem to have no trouble paying off their loans early, according to Compass Point’s report. One might wonder how they’re obtaining credit outside of Lending Club so easily. One theory put forth by some retail investors on the Lend Academy forum is FICO arbitrage. Basically, when a borrower consolidates their credit card debt using a Lending Club loan, they are reducing their revolving credit usage and increasing their installment credit. FICO’s algorithm might not correctly interpret this as a 1:1 transfer of debt and instead give the borrower’s score a boost. The new artificially improved score could signal to rival lenders that the borrower is deserving of an even lower interest rate. It’s common knowledge that a creditor could request from a credit bureau the names and addresses of consumers above a certain score and then offer credit to those consumers. And that might be why many borrowers seem to only be using Lending Club as a pit stop on their refinancing journey.

Of course if borrowers are using a second Lending Club loan to pay off their first loan, then the above two scenarios have far more serious implications, but as of now all that is known is that the pace of early payoffs is accelerating. Compass Point’s report states, “while still early, we believe the shift in trend is worth monitoring as it could impact retail and institutional investor returns from Lending Club loans.”