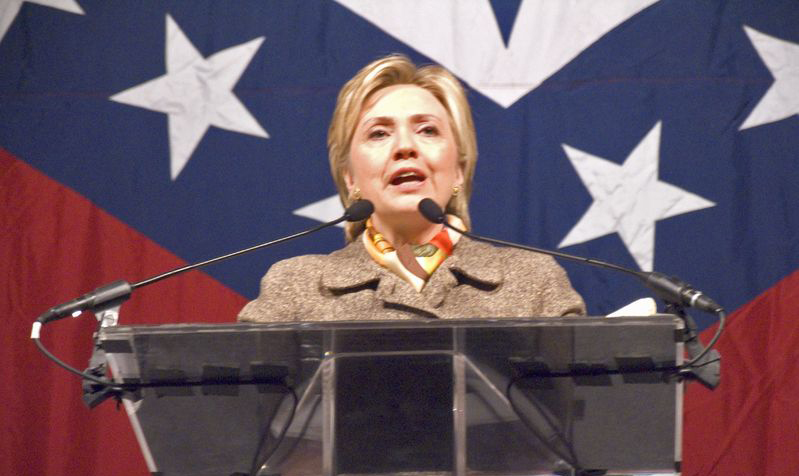 On October 29th, 2013, former Secretary of State Hillary Clinton said that one of the biggest complaints she gets as she travels around the country is “how do we get more access to credit in today’s current system for small businesses?” This comment was made at a private Goldman Sachs event hosted at the Ritz-Carlton Dove Mountain in Marana, Arizona, according to a transcript published by Wikileaks.

As a contender to become the President-elect in just a few weeks, she appears to understand that small businesses lack access to capital and the shortcomings of the current system. Transcript excerpt below:

ATTENDEE: Secretary Clinton, I’m Patty Greene from Boston College’s Goldman Sachs 10,000 Small Businesses. And first off, thank you for all the work you’ve done with women entrepreneurs both domestically and globally over your career. That’s really meant a lot.

My question is more domestic based. We have the rather unusually organized Small Business Administration, we have the Department of Commerce, and we have programs for entrepreneurs with small business pretty much scattered across every single other agency. How do you see this coming together to really have more of a federal policy or approach to entrepreneurship and small businesses?

SECRETARY CLINTON: I would welcome your suggestions about that because I think the 10,000 Small Business Program should give you an opportunity to gather a lot of data about what works and what doesn’t work. Look, neither our Congress nor our executive branch are organized for the 21st Century. We are organized to be lean and fast and productive. And I’m not — I’m not naive about this. It’s hard to change institutions no matter who they are. Even big businesses in our country are facing competition, and they’re not being as flexible and quick to respond as they need to be.

So I know it wouldn’t be an easy task, but I think we should take a look at how we could, you know, better streamline the sources of support for small businesses because it still remains essential. You know, one of the things that I would love to get some advice coming out of the 10,000 Small Businesses about is how do we get more access to credit in today’s current system for small businesses, growing businesses, because that’s one of the biggest complaints I hear everywhere as I travel around the country. People who just feel that they’ve got nowhere to go, and they don’t know how to work the federal system. Even if they do, they don’t feel like they’ve got a lot of opportunities there. So we do — this is something we need to look at.

You know, I don’t think — I don’t think our credit access system is up to the task right now that is needed. I mean, there are a lot of people who would start or grow businesses even in this economic climate who feel either shut out or limited in what they’re able to do. So we need to be smarter about both private and public financing for small businesses.

—
More recently, Clinton’s campaign has publicly stated that she wants to “harness the potential of online lending platforms and work to safeguard against unfair and deceptive lending practices.”