Grandpa Breslow and What’s in the Deck for OnDeck


At Money2020, Lendio CEO Brock Blake shared a joke that was made backstage about OnDeck’s CEO, Noah Breslow. “He’s the senior citizen of the industry,” he told a public audience, which referred to how long OnDeck has been around. It’s a label that Breslow lightheartedly embraced on an SMB lending panel he participated in on Tuesday morning.

Just a day earlier, deBanked met with executives from OnDeck, including Breslow to speak among other things, a collaborative initiative to codify business loan disclosures. APRs are among one metric they have recently agreed to display on their contracts, though in fairness they already did that on their line-of-credit product and on all of their loan products in Canada, the company asserted. While they don’t expect it will necessarily increase or reduce borrower interest, they believe that it may help a prospect make comparisons in what has become an increasingly competitive, yet fragmented market. “The use-case for the borrower isn’t changing,” Breslow said. 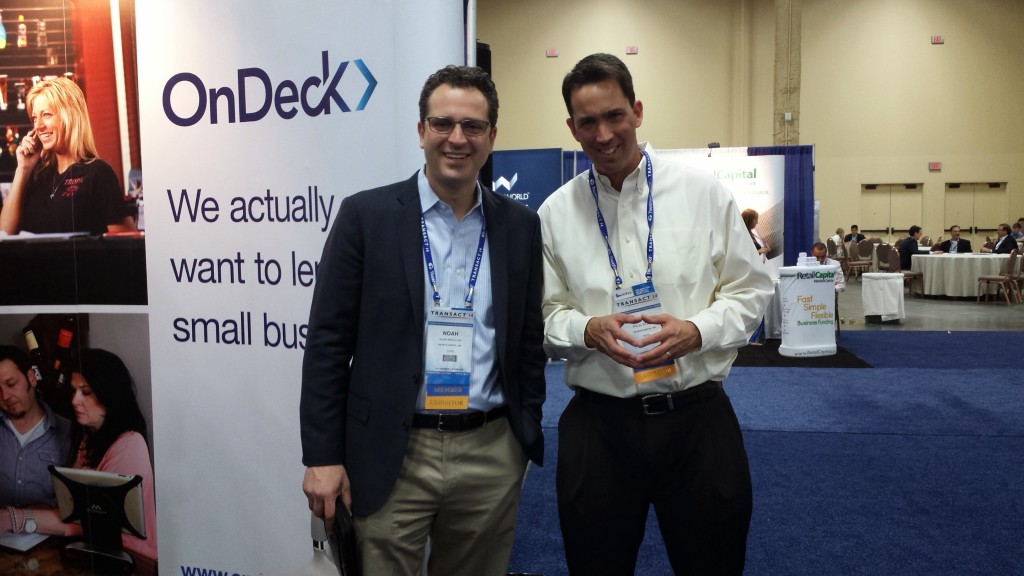 OnDeck will remain focused on small businesses as the customer and there are no plans to venture into mortgages or student loans like several of their counterparts in consumer lending. There’s also no plans to follow SoFi and integrate a dating feature into their mobile app. Instead their mobile app offers a frictionless experience for their existing line-of-credit customers to draw funds or make payments.

The JPMorgan Chase-OnDeck partnership is still in the “initial rollout,” according to Breslow, despite the deal being announced almost a year ago. Metrics such as the number of loans originated through the arrangement have not been disclosed, but for the record, it’s restricted to customers that are applying for a loan online, not those applying in person at a Chase branch.

On the SMB lending panel, Breslow and others asserted that their initiative to be more transparent is not about encouraging business lending to be regulated like consumer lending. “If we regulate commercial lending more like consumer, ultimately less capital is going to flow, when the goal should be to get more capital to flow,” he said. Wise words from an industry senior citizen.

Home › Analysis, Business Lending › Grandpa Breslow and What’s in the Deck for OnDeck