Lend Us An Ear: Women in the Industry Speak Their Mind 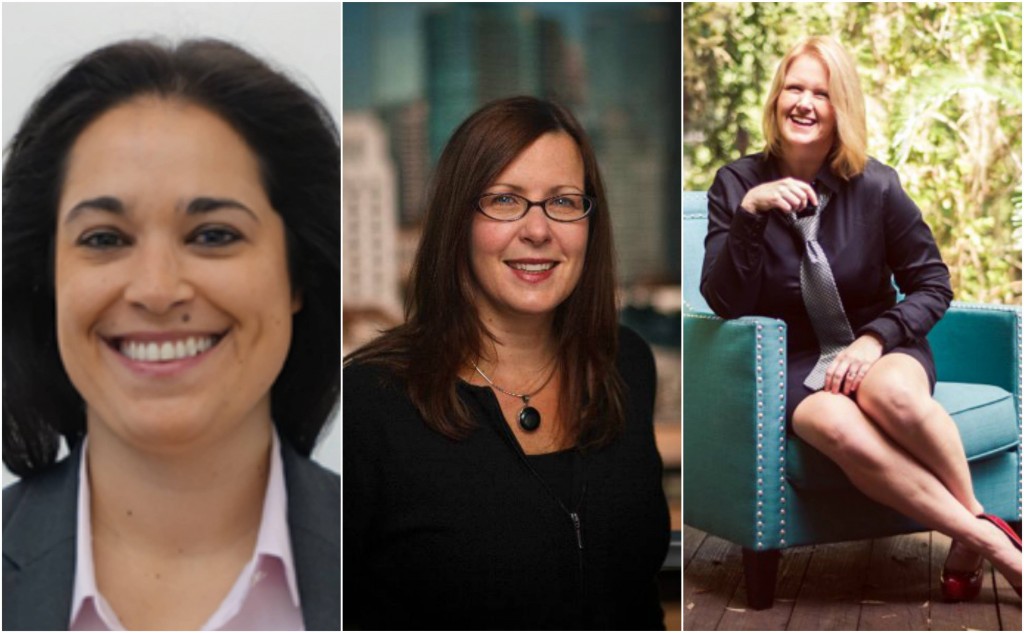 The majority (52.5 percent) of employees in the banking and insurance industries are women — if this sounds strange, that’s because it is, considering only 1.4 percent eventually go on to become CEOs. While the male dominance is not apparent at the mid-management executive level, the sex ratio is rather skewed on top. Needless to say?

deBanked grabbed the opportunity to speak to three women in the alternative business financing industry, charting their journey, reliving their experience, knowledge and the lessons that got them to where they are. Here are excerpts from the interviews.

For some, their careers are not a deliberate choice, but a serendipitous stumble.

Heather Francis, CEO of Florida-based Elevate Funding, who went to college to become a healthcare professional entered finance by happenstance. “I went to school for health promotion and education at the University of Florida and graduated in 2007,” said Francis, who comes from a family of entrepreneurs and is a fifth generation Floridian. “I found that the position I was looking for was not a necessity for companies, it was a luxury like setting up gyms, that people were not willing to pay for at that time.”

Francis landed her first job in finance with a private equity firm called Strategic Funding in Gainesville, Florida where she set up the firm’s merchant cash advance business. After spending seven years there, in 2014, she set up Elevate Funding which in a short span of 16 months has made over 1,000 advances to businesses.

For Kabbage Loans cofounder Kathryn Petralia too, fintech was a far cry from wanting to be an English professor. A graduate from Furman University, Petralia’s tryst with finance was when she got roped into a project, valuing companies using data compression tools. Riding on building her tech expertise, she founded her first company at 25 which made store catalogues digital. “I was a kid and did not know anything about marketing or sales, so I ended up selling the startup to the company which helped me build it.” The venture however gave her an in into finance and she went on to work for Revolution Money and eventually built Kabbage Loans.

But for Danille Rivelli, VP of Sales at United Capital Source, however, the jump wasn’t as big or unusual. Although finance was not originally on her mind as an art major, it was a natural path from what she began doing to acquire real-world work experience during school, selling mortgages. Rivelli changed her academic focus and went on to get a business degree from Briarcliff College, where she also played on the softball team.

“A year or two into college, I started doing mortgages, making 5 percent commissions. It was natural and it just kinda flowed,” said Rivelli whose first job out of college was on the sales floor at Merchant Cash Capital, now Bizfi. “I wanted to get out of mortgages and I was hooked when I saw the sales floor, it was fun and upbeat.” She was also one of the company’s youngest salespeople at the time.

Women Can Do No Wrong. Or Can They?

When we asked what women need to do differently at workplaces? The answer was quick, resounding and not surprisingly – be more assertive.

“Women think from the heart more than the mind,” said Rivelli. “I find myself in situations sometimes where I know that I should be ‘leaving the emotions out of it’ so that I’m not second-guessing myself as much.” But it’s what helps her build lasting relationships with clients. “I think most effective sales people will agree that the most important part of our job is listening. You want to really know and understand who your client is and what they’re looking for before you try to sell to them.”

According to Petralia, who thinks of herself as ‘one-of-the-guys,’ the problem lies in overplaying the differences between men and women. “I think we perpetuate the stereotype that men are supposed to behave a certain way and women aren’t. I notice that when men crack a joke or use a curse word, they immediately apologize to the women in the room. We are making that happen,” she said. Petralia’s strategy in such scenarios is to swing to the other side and initiate banter. “I am very comfortable with dirty jokes and f-bombs.”

“Men are really good at faking it ’til they make it. They position themselves as experts when they are not but women are unsure of jumping into the deep end when they are not sure they can swim and that’s a big part of what we have to overcome,” Petralia said.

Francis is on the same page, “Men have no problem tooting their horn, but women don’t do that. We cannot expect anyone to stand up for us. If you think you’re getting looked over for a promotion, walk up to your boss and say it,” she said. Francis talks about most of the struggle being personal rather than operational. “I will admit to us having a need to be right… right about decisions, right in arguments and right about where the furniture goes,” she says jokingly. “A lot of what led me to start Elevate was my belief in that you could service the risky credit market without taking advantage or putting insane demands on the performance of the portfolio and still be successful… having that theory validated and accepted and in the end, being right.”

What’s the hurdle, what’s the race?

And the assertiveness comes from one’s belief in their struggle and the value of that struggle. Petralia reminisces of a time when as a scrimping 25-year-old entrepreneur, she pitched a tent and stayed on a campsite in San Francisco while raising money for her startup. Two decades later, she runs a billion dollar lending company. Petralia recognizes that not all women have the same opportunities.

“When I was raising money for Kabbage, I realized that I had only been in one or two meetings where a woman wasn’t bringing me water,” said Petralia who believes that bringing diversity requires work and companies should set targets and find qualified diverse candidates.

Kabbage allows for 12 weeks of maternity leave but that pales in comparison with other countries, says Petralia. “The problem with women is, we have the babies. Women have to choose between their careers and personal life and we are not even close to making that situation better. The key time in their 30s when they are having kids, they come back to compete with younger people who are cheaper.”

The movement to make it better, according to her should begin with creating a system of incentives like better child care, easy commute to work etc. where women don’t have to choose between advancing their career and having a child.

And her other gripe is limp handshakes from men. “Shake women’s hands better. Men give this limp, deadfish like handshake at conferences to women and it’s the worst.”

According to Francis, equal footing comes from striving for professional equality and representation. She says being a woman opens many doors but that’s where it stops. “People will talk to you nicely if you’re a woman but they don’t think you are the person making the decision. You have the ability to start the conversation but no one thinks that you can finish it.”

And for Rivelli, that means giving it your all. “The point is to keep being so good that no one can ignore you,” she said.

Home › Marketplace Lending › Lend Us An Ear: Women in the Industry Speak Their Mind