Confidence Down, But Not Out On Continued Success of Small Business Finance, Survey Reveals 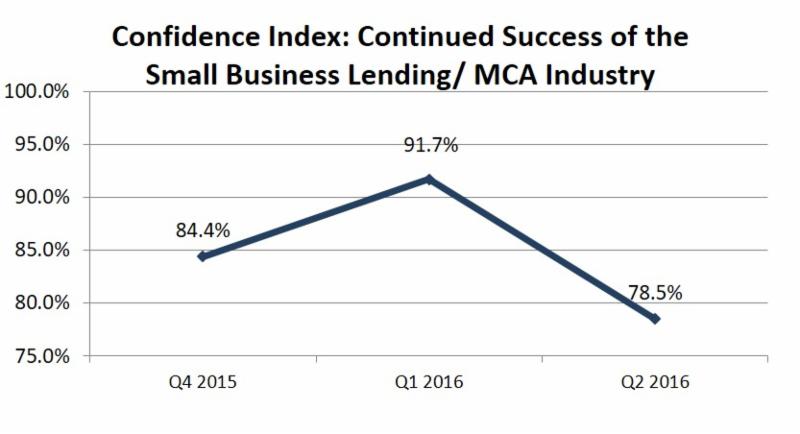 A joint Bryant Park Capital/deBanked survey of chief executives in the small business lending and merchant cash advance space showed a decline in confidence in the industry’s continued success, down from 91.7% in Q1 to 78.5% in Q2.

Respondents were not asked to explain the reasons behind their confidence levels, but increased competition is likely one contributing factor. No doubt some of the creeping pessimism is also spillover from the adjustments occurring in consumer lending, namely declining loan volumes, layoffs and the events that took place at Lending Club.

Decreased confidence may have been the reason that attendance at AltLend last week was down compared to last year. AltLend is an alternative small business lending conference hosted each year at the Princeton Club in NYC. deBanked has been a media partner of the event for the last two years.

On Forbes, Lendio CEO Brock Blake wrote that “2014 and 2015 brought an unhealthy amount of euphoria characterized by huge growth rates, hundreds of millions of dollars in venture capital, enormous valuations, high-flying IPOs, new lenders sprouting (almost) daily, and yield-hungry hedge funds chasing the newest, sexiest cash-producing asset.” But he added that “the industry is maturing and the future for online lending remains bright.”

Notably, 78.5% isn’t even bearish territory, but rather just a step down from the highs Blake described that have catapulted the industry for some time. Even as executives come to grips with the increasing regulatory scrutiny, non-bank small business financing companies have come to view themselves as in it for the long haul. That’s because growth in this sector has been less about refinancing credit cards to a lower interest rate for evermore narrow yields like on the consumer side, and more about fulfilling a role with small businesses that banks have been reluctant to take on for some time.

“Small business lending provides the fuel for small businesses across the country, and the fundamentals are still in place for this to be a formidable industry,” Blake wrote. “I am confident the supply of capital will continue to come from online lenders using technology to minimize risk and streamline processes.”

To his point, June and early July were a bright spot for companies raising capital. Fundry, Bizfi, Pearl Capital and Legend Funding all announced deals. The BPC/deBanked survey showed that industry optimism in this endeavor hasn’t shrunk by much, decreasing only from 91.7% in Q1 to 84.2% in Q2. 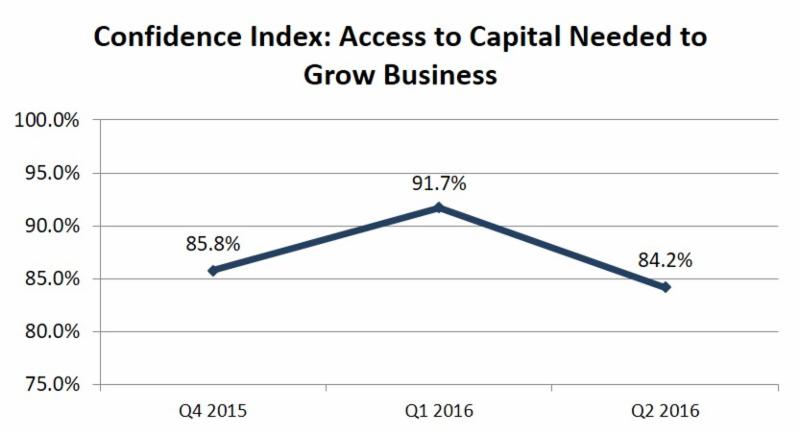 The Confidence Index kicked off after Bryant Park Capital and deBanked produced the industry’s first ever comprehensive report, which is available for purchase only.
Last modified: July 19, 2016

Home › Business Lending › Confidence Down, But Not Out On Continued Success of Small Business Finance, Survey Reveals