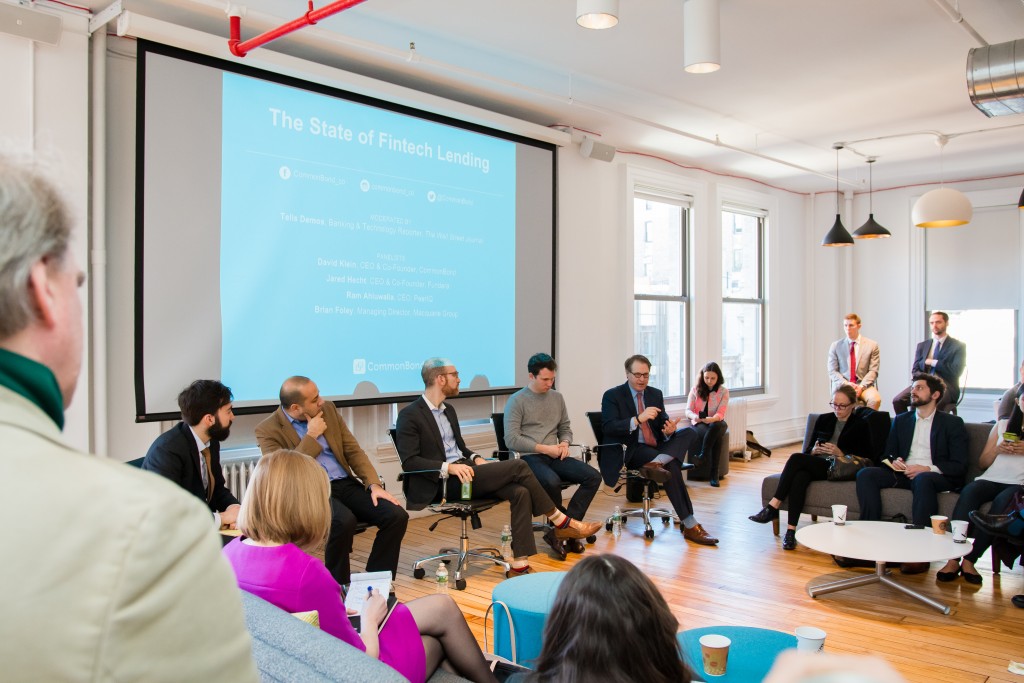 Above: A fintech panel at CommonBond’s NYC office held in March

Did someone say trouble in (online lending) paradise?

CommonBond has raised $30 million in equity, $300 million in debt and acquired a personal finance startup, Gradible.

The company plans to use the funds towards hiring folks in finance, sales and technology, building new technology platforms and scaling its loan operations. Founded by Wharton graduates David Klein, Michael Taormina, and Jessup Shean in 2012, CommonBond started as many startups do, with a founder’s problem of lack of affordable graduate student loan options. Today the company has crossed $500 million in funded loans and provides MBA loans, refinances student loans and offers personal loans.

The Gradible acquisition should answer some of that for CommonBond, giving it access to 40 million students and a network of employers. It plans to build a portal for employers who can contribute directly to their employees’ monthly student loan payments, through a student loan contribution platform similar to a 401(k) matching program.

CommonBond competes with rivals like SoFi which has made news for everything from being offensive, offering dating services, selling mortgages and its purported plans to become a bank. And CommonBond isn’t shying away from other loan products either. “Our long term vision is to provide our customers with their evolving needs and we are well positioned to provide other products and services over time.”

In terms of its lending operations, CommonBond uses a hybrid model of funding by holding half of the originated loans on its balance sheet and selling the other half on a marketplace.  “To weather any storm, it’s important to diversify capital sources and we think the hybrid model will end up being the only option,” Klein said.