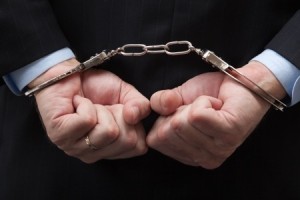 It’s not just collection firms and attorney demand letters that deceptive borrowers need to be wary of. In the Western District of Tennessee, Preston E. Byrd was convicted on six counts after defrauding RapidAdvance and Windset Capital out of more than $100,000 collectively.

According to the original indictment filed in August of last year, “Byrd did knowingly devise and intend to devise a scheme and artifice to defraud Windset Capital and RapidAdvance by means of false and fraudulent pretenses, representations and promises.” As part of that, Byrd submitted fake bank statements, a fake lease agreement and other misleading documents. He faked his own name, calling himself Jason Hester, and pretended to be the landlord of the property in question, confirming falsely to underwriters that a lease existed and was in good standing.

In reality, he had no business location.

Once Byrd received the funds from each company, he wired portions of the ill-gotten proceeds to other accounts.

The jury convicted him on three counts of wire fraud and three counts of engaging in monetary transactions in criminally derived property. The trial concluded on March 24th of this year and Byrd is expected to be sentenced on June 16th.

The case is unique because the sole victims were fintech lenders and the criminal charges were brought by United States Attorney Edward L. Stanton III.

On his twitter account, Byrd describes himself as a “multifamily housing developer, entrepreneur, business consultant, public speaker, mentor, yogi, and (some might say) a cool dude.” Not mentioned there however is that Byrd was previously convicted of wire fraud in 2003 and that he also lost a lawsuit brought by Arvest Bank for fraud.