‘As Reality Kicks in, Companies Have to be Discplined,’ Says Fora Financial’s Dan Smith 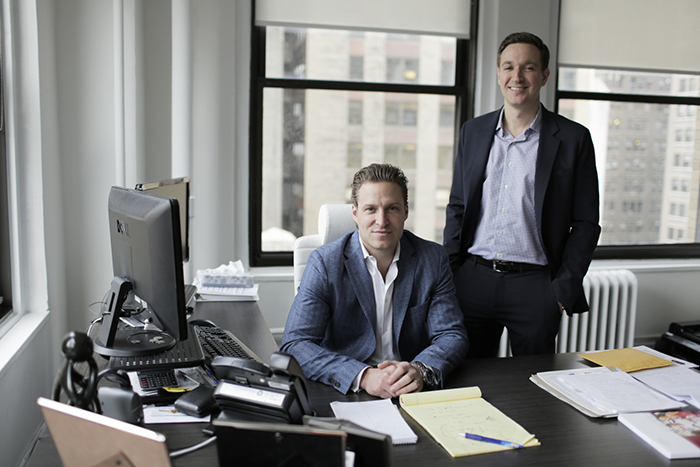 Starting a financial company couldn’t have come at a more inauspicious time for two friends that have known each other since college. Jared Feldman and Dan Smith started Fora Financial in June 2008 and today their company has provided $450 million to over 9,500 small businesses. It recently launched PRISM, a proprietary scoring and decisioning framework and secured a credit facility. Founders Smith and Feldman spoke to deBanked about working with Palladium, recent industry news and did some crystal ball gazing. Below is an excerpt from the interview

What does the industry look like to you, with its myriad of players and the recently surfaced problems?

JF: There are a lot of players but I don’t know how much business they are originating. It might sound greater than it actually is. While there is no doubt that competition exists, it is still from the usual cast of characters who have been around for quite some time. However the competition is driving up acquisition costs, possibly some irrational buying from some companies which then trickles down and causes some ISOs and brokers to fail.

DS: Our competitors and we have felt things change in the market in terms of regulation and capital. The influx of capital that came in with the new players is starting to contract a little bit and the lending companies like ourselves are controlling the amount they lend. There has been a lot of artificial growth in the industry – a lot of companies trying the test and learn strategy to see how deep they can buy into the market but they struggle to maintain profits.

And what will be the aftermath of these changes we see in the next six to twelve months?

DS: The reality is starting to kick in and companies will have to be disciplined about their underwriting models and be wise about where they spend their money in order to to grow and sustain profits.

What then should be the top priority for lenders now?

JF: Two top priorities that lenders should focus on is A) To build out a compliance framework and B) securing a long-term credit facility apart from the already mentioned disciplined underwriting making risk, analytics and data capabilities strong.

You started working with private equity firm Palladium last year. Tell us more about where you are with that?

DS: We got into this great partnership and a fund of theirs gave us the capital to grow our business and it aligned with everything we had in our 100 day plan – we wanted to build our regulatory compliance framework, close on a credit facility and bring some key people onboard — all of which we have accomplished. Working with Palladium teaches us how to run a disciplined company and we have already been entertaining M&A opportunities.

What do you think of the hybrid model approach that some lenders take ?

DS: Hybrid model is a great idea in theory and there are concerns with every approach — of holding everything on balance sheet and then buyers buying the loans. There is a lot that goes into capital raising and we have done what we know well and have continued to organically grow our balance sheet. It’s not to say that we have not considered other options but for now, we are focused on getting the right cost structure.

JF: If you have the credit facility with the right cost structure, that is a cheaper cost of capital than what the marketplace is selling these loans for but we are considering options for diversifying our capital sources and we would like to add some kind of market element but that might be in the future. Maybe in the first quarter of 2017.