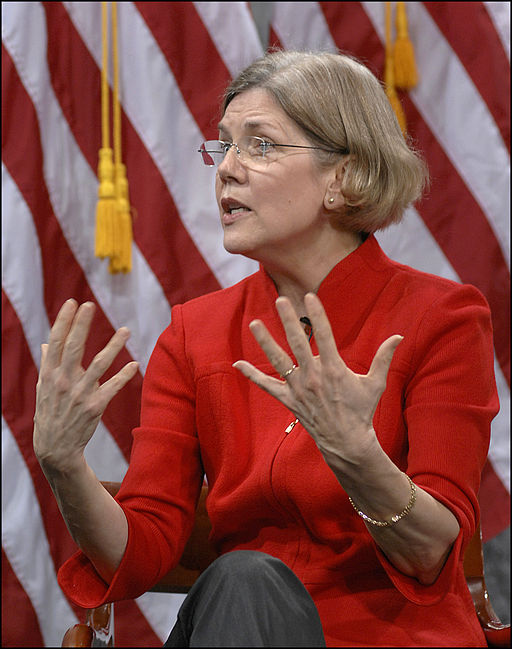 Massachusetts Senator Elizabeth Warren was forced to confront an unexpected witness yesterday in a Senate hearing over consumer finance regulations, former protégé Leonard Chanin. Chanin, who was there to testify about why he believed the Consumer Financial Protection Bureau (CFPB) was acting outside its intended scope, was accused by Warren of being the person responsible for not catching the entire 2008 financial crisis.

“Of all the people who might be called on to advise Congress about how to weigh the costs and benefits of consumer regulations, I am surprised that my Republican colleagues would choose a witness who might have one of the worst track records in history on this issue,” Warren said.

Of note however, is that after the financial crisis, she herself hired Chanin to be the CFPB’s rule-writer after he came highly recommended for his service as the deputy director of the Federal Reserve’s Division of Consumer and Community Affairs. “I’m also pleased to have Leonard Chanin playing a key role in building an effective and efficient rule writing team,” she said back in December 2010.

Chanin spent nearly 20 years at the Fed and received a Federal Reserve Board Special Achievement Award for his work on the Truth in Savings Act.

“So my question is, given your track record at the Fed, why should anyone take you seriously now?” she asked Chanin, even while acknowledging that she had hired him previously based upon that same track record.

Chanin is now an attorney at Morrison & Foerster LLP.

The CFPB is often attributed as being Warren’s brainchild and she is believed to be a contender for Vice President on the Democratic ticket.

Watch the exchange between Warren and Chanin below: