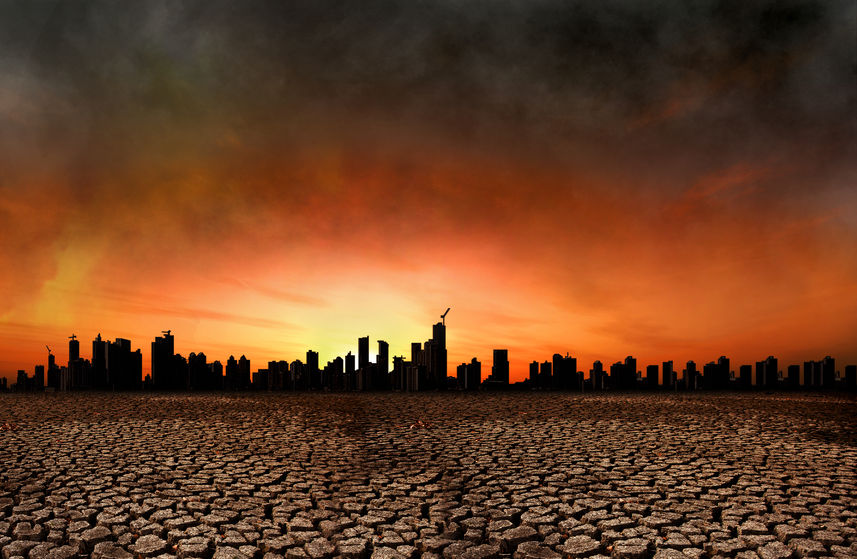 The State of Illinois wants to make it a Class A misdemeanor for providing small businesses with quick, easy working capital.

The world’s strangest bill, dubbed the Small Business Lending Act, could send marketplace lenders, nonbanks, and merchant cash advance companies to prison for up to 1 year if applicants don’t submit at the very least, their most recent six months bank statements, the previous year’s tax return, a current P&L, a current balance sheet, and an accounts receivable aging.

Loans in which the monthly payments exceed at least 50% of the business’s monthly net income would be illegal, which implies that any business that is either breaking even or running at a loss would be banned from obtaining a loan from alternative sources.

This is not an April Fools’ prank. Not even preemption granted under the National Bank Act or Federal Deposit Insurance Act is safe.

Introduced into the State Senate under the pretense that it would squash predatory lenders, the bill’s licensing and compliance proposal would also effectively outlaw marketplace lending and securitizations by making the sale of loans illegal unless it’s to a bank or another state-licensed party. Even merchant cash advances are referenced specifically but almost as an afterthought and defined in such a way that even traditional factoring companies may be in jeopardy.

No licensee or other person shall pledge, assign, hypothecate, or sell a small business loan entered into under this Act by a borrower except to another licensee under this Act, a licensee under the Sales Finance Agency Act, a bank, savings bank, community development financial institution, savings and loan association, or credit union created under the laws of this State or the United States, or to other persons or entities authorized by the Secretary in writing. Sales of such small business loans by licensees under this Act or other persons shall be made by agreement in writing and shall authorize the Secretary to examine the loan documents so hypothecated, pledged, or sold. 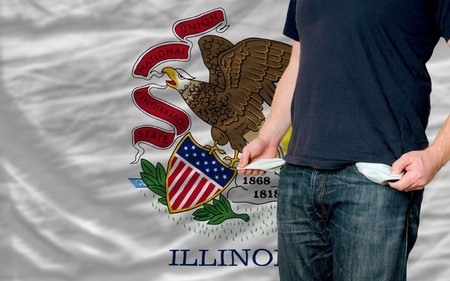 At a time when most fintech lenders are advocating for smart regulation, the State of Illinois apparently wants to end all nonbank commercial finance under $250,000 completely, with the exception of one organization (which we’ll get to shortly).

There are some exemptions granted under this proposal of course. Loans over $250,000 aren’t subject to it, nor are any loans made by Illinois-based banks or credit unions, that is unless they are acting as the agent for another party like say perhaps a marketplace lender.

Hidden inside is also an exemption for nonprofit lenders, a loophole left open for Accion Chicago, the nonprofit masterminds behind the bill who seem to want the entire state’s lending market all for themselves. 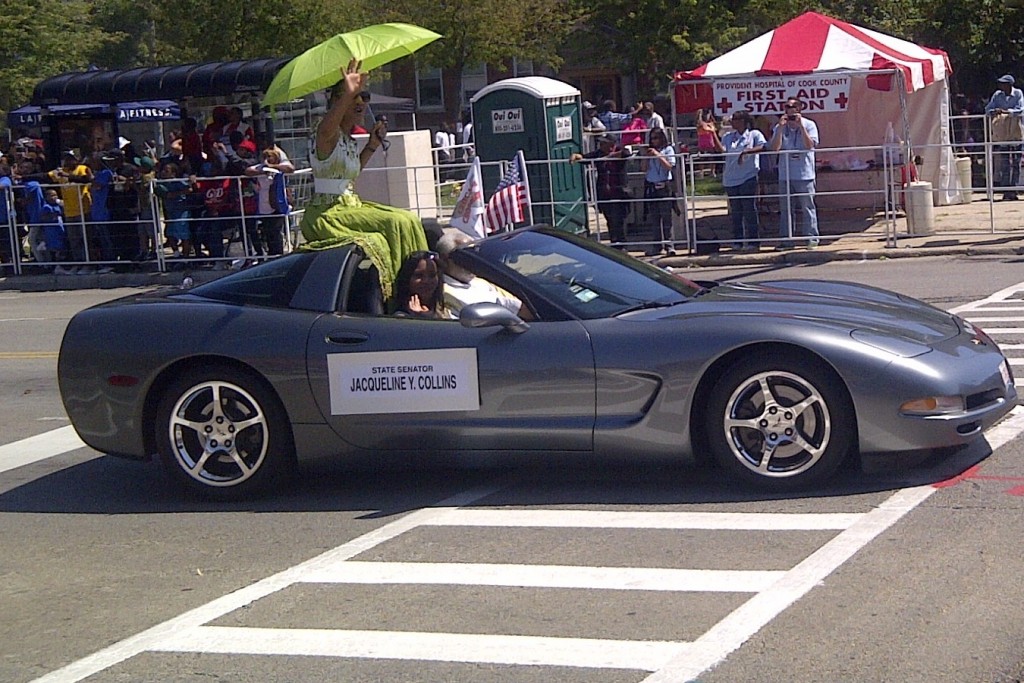 “Jacqueline Collins at the w:Bud Billiken Parade” by TonyTheTiger is licensed under CC By 3.0

Senator Collins introduced the legislation as an amendment to Senate Bill 2865 on April 6th. A former journalist, she’s now the chairwoman of the Illinois Senate Financial Institutions Committee. Among her self-professed accolades is that she “has played a key role in addressing predatory lending and high foreclosure rates in Chicago through legislation that protects homebuyers and homeowners with subprime mortgages.” She lists the Mortgage Rescue Fraud Act, the landmark Sudan Divestment Act and the Payday Loan Reform Act among her major legislative accomplishments.

It’s no surprise then that sections of the bill are borrowed straight out of the Payday Loan Reform Act. Collins isn’t acting on her own however…

“Chicago’s small business community deserves protection from the unchecked greed of predatory lenders,” Treasurer Summers said. “While access to capital is the number one concern of small business owners across the state, bank and commercial loans continue to decline, steering them to underhanded lenders. As we continue to urge banking partners to increase their local investment, this new, common-sense legislation would ensure transparency in lending that so often puts our entrepreneurs at risk.”

Of note is his use of the phrase “banking partners” since this bill has bankers all over it, as we’ll get into shortly. Summers represents the Chicago Mayor’s office and the Mayor’s office says they’ve launched this campaign thanks to partners like Accion Chicago.

Accion Chicago and the Mayor’s Office

Accion Chicago, ironically makes business loans themselves, having originated 535 loans totaling $4.8 million in 2014 with a maximum loan size of $100,000.

Who is Accion Chicago really?

The Small Business Lending Act virtually ensures that small business loans under $250,000 only be facilitated by banks and nonprofits. Isn’t it convenient then that Accion Chicago is not only a nonprofit, but also funded and staffed by banks?

According to their 2014 annual report, Citibank and JPMorgan Chase were two of their three largest supporters (the third was the US Treasury!). Below are some of the figures: 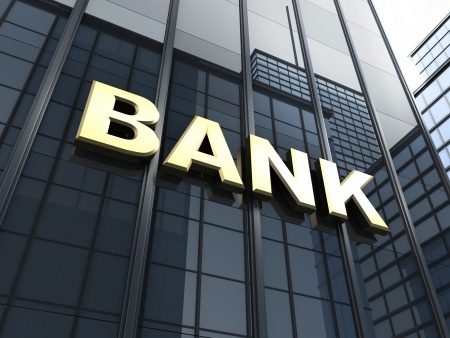 JPMorgan Chase has also been a partner of the annual Taste of Accion fundraising event, and was the lead sponsor in 2014, a spot that costs $30,000. Benefactor sponsorships which cost $20,000 each were comprised of American Chartered Bank, Capital One, Northern Trust Company, and Wintrust Bank. And the lesser sponsorships? Again, mostly banks.

Accion Chicago raised only $1.4 million in 2014 from public support, the bulk of which came from banks or related traditional financial institutions. So is it just a coincidence that this predatory lending bill they’re supporting grants exemptions to all the banks from compliance?

Accion Chicago’s 2014 Board of Directors includes executives from:

The 2014 committees were made up almost entirely of bank executives from:

Thanks to the impartial work of these good citizens, they have discovered that small businesses should only be working with banks or nonprofits funded and staffed by banks and have craftily devised a bill to legislate all the alternatives out of existence.

If this was really about predatory lending, then they screwed up big time

All coincidences aside, some of the bill’s rules have nothing to do with protecting borrowers, like the required $500,000 surety bond to become licensed for example. Compare that to California’s $25,000 licensed lender surety bond. And the restriction on being able to sell or securitize a loan, how does that help small businesses?

These requirements and others suggest that it’s about preventing all alternatives from existing in the marketplace, rather than predatory alternatives. The losers would undoubtedly be small businesses and the Illinois job market. Senator Collins and Treasurer Summers, both of whom have a strong track record of empowering their constituents financially, may have underestimated or overlooked the likely negative consequences of this bill.

Several nonbank trade groups are reportedly in the process of formulating a response.

The Commercial Finance Coalition for example, a nonprofit coalition of financial technology companies, told deBanked that they are concerned about the impact this will have on the Illinois job market and will indeed have representatives on the ground in Illinois.

They also wanted to make known that they welcome support from marketplace lenders, nonbanks and merchant cash advance companies in these efforts and that interested parties should email Mary Donahue at mdonohue@commercialfinancecoalition.com

To contact Senator Jacqueline Collins who introduced the bill, call her at 217-782-1607.